This post is the third from our series in which we extract evidence from ten EU documents. This post focuses on the ideology that has underpinned the EU since its inception nearly 100 years ago. Overtime Lords was the first in the series, Democracy or Institutional Strengthening? the second.

Their ideology accounts for the rigidity of EU treaties, the irreversibility of legislation, and the gap between the claims the EU and its leaders make on its behalf and the reality for most of its citizens.

For the full ‘evidence’ paper, you can view it here.

[C]     “The European Council remains committed to drive forward with ambition the priorities the Union has set itself.”

This is not in doubt but it’s helpful to see it confirmed so clearly. The priorities include getting all member states into EMU and the single currency, as well as continuing the upward suction of ‘competences’ to the Commission until the supra-national state is fully formed (“Political Union”).

[D]       “…our thoughts are with those before us whose dream for Europe has become a reality.”

The story of how the EU came into being is revealing, for anyone who has the patience. We recommend The Great Deception by Christopher Booker and Richard North.

“Sixty years ago, inspired by that dream of a peaceful, shared future, the EU’s founding members embarked on a unique and ambitious journey of European integration.”

It is possible to share the future without being forced into a common mould. The dream is alive, if not too well, and continues to drive the project. This dream of integration is the source of its greatest weaknesses. The ideology, which is what it has congealed into, overrides all practical considerations and leads to actions, and claims, that are antithetical to the desires and expectations of its citizens.

“The Lisbon Treaty… has opened a new chapter of European integration that still holds unfulfilled potential.”

In case anyone should doubt that continuing integration is the overriding goal.

“Many of the profound transformations Europe is currently undergoing are inevitable and irreversible.”

This is ambiguous but allows us to interpret the authors as pointing out, subtly, that their project is driven by considerations other than practical outcomes (“inevitable”) and that they are in one direction only, the supra-national state (“irreversible”). To interpret this statement as bland patter is to fall for the propaganda and the deceit that between them more usually disguise the nature of the EU project.

[F]       “We are determined  to find common solutions also as regards issues where we are divided; priority here and now to show unity and ensure political control over developments in order to build our common future” (emphasis added)

The priorities are indicated by “show unity”, “political control” and “common future”. In the light of current crises unity is questionable. However, given the lack of unity, we acknowledge that a common future could only be achieved through political control. This remains at the core of the project and it appears that all 27 governments represented at the summit were prepared to continue to delegate political control upwards without reference to the wishes of their citizens.

These confirm that more EU (“more Europe”) is to be expected and that it will take the form of a strong (“determined”) supra-national government.

“But she [Federica Mogherini, the EU’s High Representative and Commission Vice-President] needs to become our European Foreign Minister via whom all diplomatic services, of big and small countries alike, pool their forces to achieve leverage in international negotiations.” (p.18) 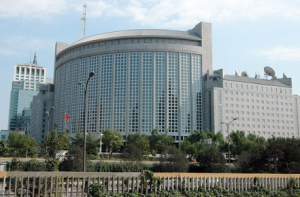 A foreign minister needs a foreign ministry, which they stress is a key feature of their supra-national government-in-the-making.

“…the ‘Five presidents’ report’ on the deepening of the euro area describes an ambition the Commission is still sticking to.” (p.58) (See comments on the report below and in the Five Presidents Report from April 2016.)

“The Commission which I have the honour to lead seeks to be a political Commission…” (p.64)

Yes, our point throughout our blog. If you had any doubt surely this removes it.

[J]       “The architecture of the Economic and Monetary Union (EMU) has been significantly strengthened over the past years to enhance economic governance and to achieve financial stability. Nevertheless, the EMU’s resilience needs to be further reinforced in order to re-launch a process of upward convergence…”

This confirms, if confirmation were required, that EMU has been at the core of steady progress towards supra-national governance and that it will remain the focus for continuing progress to that end. It also confirms the unsupported conviction that the purpose of EMU is “to achieve financial stability.” They provide no evidence to back up this claim, which experience suggests is false.

“The Commission also confirmed its intention to put forward a European pillar of social rights, which would build on the existing “acquis” and serve as a compass for the overall convergence process.”

Why not pursue best practice as an end in itself? Why should the purpose be to promote convergence? The answer, as always, is ‘it’s the ideology, stupid!’

[K]       “The Euro Summit of October 2014 underlined the fact that ‘closer coordination of economic policies is essential to ensure the smooth functioning of the Economic and Monetary Union’ (EMU). It called for work to continue to ‘develop concrete mechanisms for stronger economic policy coordination, convergence and solidarity’ and ‘to prepare next steps on better economic governance in the euro area’.”

EMU is the objective and they need to keep their eyes on us to make sure that we (i.e. nation states) are coordinating, converging and becoming solid so that they can take the next steps towards their supra-national state.

Divergence will be corrected by more union:

This summarises the true agenda of the EU. The goal is political union and the first three unions are the means by which the fourth, and most important, will be achieved. Meanwhile:

“All four Unions depend on each other. Therefore, they must develop in parallel and all euro area Member States must participate in all Unions.”

Note “must”, twice. This is political reasoning, based neither in theory nor in experience. We must submit because their ideology says so, not because there is anything in the natural or intellectual world that we are have no choice but to conform to. We see this pretend-logic again in today’s Brexit negotiations, where ‘options’ are chosen and presented in the mandate as inevitable.

“This will inevitably involve sharing more sovereignty over time.”

“Inevitably” only because they will make laws to ensure that the nation states fall in line under the super-nation.