This week The Economist’s Europe columnist (‘Charlemagne’) describes how the UK has largely lost any influence in Brussels and how smaller nations particularly feel more exposed to French and German hegemony (read the original article here).

Without challenge from Britain it will be far harder for other member states to resist pressure to join the euro, put EU defence resources ahead of NATO’s, manage open trade, and retain a veto over proposals that could disadvantage smaller nations.

Where will this lead the EU? The Economist (TE) believes it will certainly precipitate big changes; possibly a faster pace to full integration or maybe a break-up. But TE thinks (or hopes) it could become multi-tiered, with nations participating at different levels, a structure that Britain might be comfortable rejoining. This was in fact one option in Junker’s State of the EU document (see Our Commentary on the White Paper).

If the menu changes then of course we should consider this but it isn’t going to happen before March 2019, if at all. The actions of Remainers who would derail Brexit appear to be based largely in self-interest. Without influence and with no commitment to accommodate us, Britain cannot remain in the EU, weak and without opportunity, influence or power anywhere in the world, which is our current unsatisfactory status. 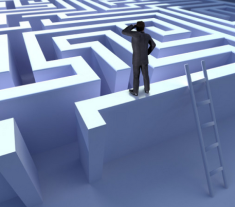 For some Remainers the main concern is that Brexit is not in the best economic interest of the UK; we understand their worry though the future is uncertain and the fears are exaggerated, as they were in the run-up to the referendum, for political purposes. Other Remainers are really committed to the ideals of the EU; this means they accept the hypothesis that integration is the best, and probably the only, way to ensure national(ist) tensions are minimised. There is little, if any, evidence to support this belief but plenty of contra-indications, too numerous and well known to require a list (but we offer a list, below, anyway). Another distinct motivation for supporting supra-nationality is to challenge and compete with other super powers, particularly the USA.

If the EU was an enlightened idea it would want the best future for its member nations and citizens plus mutually beneficial cooperation with others. It is overwhelmingly obvious that this is not the case with respect to departing Britain. EU leaders seek the maximum disadvantage to its adversary (not partner). This is clear evidence that it is not just an idea but an ideology.

EU politicians and officials believe in their project and might feel vindicated, and even somewhat smug, if Britain flounders because of Brexit. However, actively seeking to damage us tells us something different: they may have faith in the Idea but they are not confident about its practicality. They want to exaggerate the downsides of leaving for revenge (for our apostasy) or to discourage others from leaving when they see we’re OK outside the castle walls.

That mustn’t be allowed to happen or the Idea would be discredited. But the Idea should succeed or fail on its own merits rather than by a fake comparison that merely disguises its failures. This shows us clearly that the Idea is in fact an ideology and it requires protection by the faithful because it is a false belief.

The harm that the EU seeks to do to Britain is primarily economic, yet the idea behind the project is not simply about economics but friendship, cooperation and peace. We don’t see much evidence of these, unfortunately.

But it’s not just about Britain.

While we started this blog to support the Leave campaign, we believe that the Project, as they call it, is deeply flawed and all member states are at risk of it collapsing because of its manifest failures, both structural and practical. Here are some arguments against Britain remaining in the EU that Remainers should counter, if they wish to continue to assert that the EU Project is sound and successful:

Until these arguments are faced openly and honestly the EU project cannot be expected to advance securely in the face of growing disenchantment and open hostility. Deceitful propaganda efforts do not signal an intention to reform the EU and should not be taken seriously.

We argue that, even if it were possible to implement reform, for example as proposed by the EU itself (see the White Paper from the European Commission), such reforms would be equivalent to pruning the tree when the problem is in the roots, the underlying federalist ideology and its basis in disdain for the people and real democracy.