In this post we look at how language is used by the EU to deceive its citizens and others about the true nature of the Union. 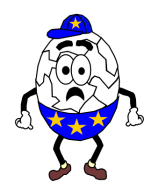 Can we trust any treaty the EU signs when the language it uses means just what the EU says it means? For example, when Cameron applied the rules that allowed the UK to veto measures to ‘save the euro’ the others simply bypassed him (https://www.theguardian.com/world/2011/dec/09/david-cameron-blocks-eu-treaty).

The Political Declaration agreed with the EU foresees “an ambitious, broad, deep and flexible partnership across trade and economic cooperation with a comprehensive and balanced free trade agreement at its core”. How much of that language can we rely on as we attempt to negotiate a trade deal?

The EU says it is a rules-based institution: “Accepting and respecting a final judgement is what it means to be part of a Union based on the rule of law.” (Jean-Claude Juncker (J-C) from his State of the Union 2017 presentation). “In Europe the strength of the law replaced the law of the strong. The rule of law means that law and justice are upheld by an independent judiciary.” (J-C from his State of the Union 2018.)

However, Gyorgy Schopflin, MEP from Fidesz in Hungary, said, “When it suits the Commission, it ignores the rules, meaning the rule of law.” (quoted by EUObserver. See for example, Revealing Appointment 1&2.)

Martin Selmayr’s stealth promotion as European Commission secretary-general was described by European Ombudsman, Emily O’Reilly, as a case of “maladministration” after reviewing thousands of pages of Commission internal documents. Following complaints of cronyism, O’Reilly concluded that, “All of this risked jeopardising the hard-won record of high EU administrative standards and consequently, the public trust“.

In this post we look at how language is used by the EU to deceive its citizens and others about the true nature of the Union.

The EU is unarguably ‘European’ (it hasn’t invited Israel to join yet, unlike Eurovision), and Turkey, most of which lies across the Bosphorus in Asia, is still in the membership freezer. However it is of Europe, not equivalent to it.

The EU uses ‘European’ as a noun, meaning a citizen of Europe, and as an adjective in European values. In both cases the EU, and its supporters, use the term indiscriminately, mischievously and deceptively, to mislead those of us who are not careful enough, to equate the EU with Europe. A moment’s thought (which too few inside and outside the EU’s offices give it) tells us that the equation is untrue. The EU doesn’t speak for Russians although 110 million of them live in European Russia. Ukraine is wholly European but 43 million Ukrainians are not citizens of the blessed Union, they are among the 40% of Europeans (now that the UK is merely a ‘third country’) that aren’t in the reckoning when the EU refers to ‘Europeans’, ‘the European way of life’ and ‘European values’. We say ‘merely’ because the following, won’t apply to Britain after Brexit:

“I am convinced the European way of life is something worth preserving.  I have the impression that many seem to have forgotten what being European means. What it means to be part of this Union of Europeans.” (Jean-Claude Juncker, from his State of the Union address to the European Parliament in September 2016).

“…the 2019 European elections show the vibrancy of the European democracy”; and the “unification of Europe is near” proclaimed the Laeken Declaration in 2001 (see Aspirations and Outcomes).

“An integral part of our European way of life is our values.  The values of freedom, democracy, the rule of law.” (Jean-Claude Juncker in 2016)

The EU defines crucial characteristics of the European way of life by attributing to it solidarity, democracy and protecting human rights. It doesn’t take much to show that these three elements are missing from the EU, (see The Meaning of Life)

“The European Union derives its legitimacy from the democratic values it projects” (also from the Laeken Declaration of 2001). The EU, quite deliberately and skilfully, “projects” democratic values, but it doesn’t hold them in practice, or act on them; the purpose of claiming these values is to obscure the truth that the EU is not democratic in any meaningful sense (see Democracy Denied).

If there are values common to European or EU national cultures we do not need the EU to protect them. Values arise from within different societies and vary according to each society’s own sense of identity and community. They cannot be imposed or abrogated by Brussels (see European Values and Only Believe).

Britain has just become “a third country” (although the UK is actually a union of several countries itself). In the EU treaties the terms “third country” and “third-country nationals” appear many times. However, we can find no reference to first or second countries, so we have to imagine what these could be. Some possibilities:

2. Third countries are all those not in the EU excluding those in the EEA or EFTA, for example Norway and Switzerland, which are second countries; first countries are the 27 EU member nations.

3. The EU itself defines ‘third country’ helpfully, if not without ambiguity: “The term ‘third country’ is used in the Treaties, where it means a country that is not a member of the Union. This meaning is derived from ‘third country’ in the sense of one not party to an agreement between two other countries.” (Jun 11, 2007. www.eurofound.europa.eu/observatories/eurwork/industrial-relations-dictionary/third-country-nationals)

This definition seems to support the first example above, since the EU (the first party, or country) has signed agreements with several other countries (the second parties), leaving everyone else in third countries.

The first example would no doubt be denied by EU representatives because, they would argue, the EU is not a country. However, we include this possibility because it is also consistent with the founding objective of the EU, as attributed to Jean Monnet: “Europe’s nations should be guided towards the superstate without their people understanding what is happening. This can be accomplished by successive steps, each disguised as having an economic purpose, but which will eventually and irreversibly lead to federation.” A superstate is a state and that is surely also a country, and must be the first country of course. We’ve left in the rest of the attribution because it illustrates the great deception that underpins the EU and requires its leaders to use deceptive language, in order that others will, by carelessly adopting the same language, come to believe that European Union equals Europe.