Many people in the EU are suffering hardship for the sake of an idea: Ever Closer Union. It’s an ideology, not an ideal.

Voters who are undecided about the benefits of leaving or remaining in the EU say they just want the facts. Clearly they don’t want to be blinded by detail or misled by carefully selected statistics. There is much to argue in the detail but stand back and look at the broad picture, ask yourself whether the EU is a successful union. Has it fostered growth, employment, civic order and good neighbourliness? Or has it beggared some for the benefit of others? You no longer have time for long arguments so here are some shorts: 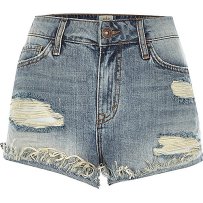 A catastrophe has befallen Greece. For a tear-jerking account of what is happening there now, see:

The Greeks spent euros like they were Deutsch Marks rather than drachmas but the “wise men” who run the EU put this money in their pockets knowing the criteria for adopting it had been fudged. Now they won’t be let off the hook by their EU creditors which means there is no hope of them recovering other than by bankruptcy, default and leaving the euro-zone.

Other countries are suffering too though none quite as extremely as Greece – yet.

You mustn’t mention Hitler, but what about Stalin?

In the Soviet Union peasants were made to give up their land to communes, resulting in millions of deaths from famine. By 1930 half the farms had been collectivised, at huge cost;

Stalin wrote that his comrades were “dizzy with success”, a coded command to abate the process. Obviously the idea was correct in principle so the solution was more of the same. By 1936 about 90% of agriculture was collectivised – people died for an ideal.

When rulers make people suffer for the promise of a glorious future that never arrives we call them ideologues, not idealists. Many people in this baleful EU project are suffering terrible hardship for the sake of another brilliant idea: Ever Closer Union. It’s a dream to abolish nationalism and hence war but it isn’t working and there is every sign of the opposite happening. The obvious answer of course is “more Europe” – Stalin would love it.

The IMF and other “independent experts”

Before Norway’s referendum on EU membership in 1994 the people were warned the country would lose industry and jobs if they voted No. Wrong, Norway is doing very well, especially its fishing industry.

Before the Danish euro referendum the people were told No would mean fewer jobs, less welfare, higher mortgages and other nasty things. Wrong again, Denmark is one of the more successful EU countries.

Britain was similarly warned about the dangers of leaving the ERM and, later, of not joining the euro. Wrong again, and again.

In return for the World Bank’s chief always being an American the IMF is always headed by a European, usually an elite French politician or Treasury civil servant. These are the people in the vanguard of the mad, euro scheme.

How has Remain managed to get away with it?

Astonishingly the Remain camp has gained the upper hand in the economic debate despite the obvious fact that the EU has impoverished several countries and its growth has trailed behind every other trading block. Its problems predate the world’s economic crash by more than a decade so must stem from its own mismanagement, not from unfavourable external forces. Others have managed conditions much better.

Britain was in a hole when it joined and only improved when it sorted out its own mess. Our greatest fear about leaving is that a nation once famous for its diplomatic skill in moulding

the world for its own interests has lost that ability. Naivety in the face of (in particular) entrenched German and French self-interest has cost us dearly. Fishing and manufacturing have suffered greatly. Since becoming members our fishing industry has nearly been destroyed and manufacturing has seen almost no growth (unlike in the post-war decades before we joined the Common Market).

Our economy has prospered relative to the EU average by growth of its service industries. The Single Market scarcely applies to services and in fact many non-financial obstacles apply, including regulations that seem designed to damage our firms; examples include the art and financial markets. We trade our services (and goods) successfully outside the Single Market, we have a positive trade balance with the rest of the world whilst running a massive deficit with the EU. Year by year it represents a diminishing part of our trade.

Does the EU make the world a better place?

Many pro-EU voters feel the Union, for all its faults, is a good thing in principle. So it could be if the faults could be fixed and the project directed towards helpful and achievable goals.

As a customs union with a particular bias towards agriculture the EU makes it hard for African farmers to earn the hard currency their countries need to grow out of poverty. It

has also managed to displace African fisherman from their native seas and plunder them (like it has our own):

Remember too that Britain, of its own volition, spends far more on aid than the other EU countries (three times more of its GDP than Germany does). We do more towards attempting to avert climate change than the others (not always wisely). We do more towards the defence of other countries threatened by terror and autocracy (again, not always wisely) – France is a near equal of course.

The EU then is not an especially beneficent agent in the world.

What About the Workers?

Greece and Italy were ordered by the EU to undertake “structural reforms” to their economies for breeching fiscal rules and to pay their EU creditors. This was a polite way of telling them to slash pensions, make it easier to sack workers – that sort of thing. France’s President Hollande is trying to cut workers’ generous rights; they’re rioting of course, they’re French. But don’t worry, the EU protects our workers rights.

Is the EU Democratic?

EU citizens elect MEPs to the European Parliament by a process some are content with while others regard it as remote and unsatisfactory. In any event the Parliament itself has fewer powers than the UK’s House of Lords; it cannot amend laws put before it by the Commission or introduce its own laws. This is a very pale version of a parliament, not comparable with any of the EU’s national parliaments.

Greek and French citizens (if not their politicians) have a lower opinion of the EU’s establishment than the British while Dutch, German, Swedish and Spanish citizens feel about the same as we do. Others vary across the spectrum.

If all citizens had the chance to vote on whether to throw out the current Commission it’s pretty likely they would, just as they regularly do with their own national governments when they mess up. But that could derail the project from its predetermined path so it is not allowed, by deliberate design.

That is undemocratic. The people should have a chance to reset the targets and choose who should try to achieve them – and throw them out too if they fail.