The distribution of the benefits of globalisation is uneven, distorted. Those who favour globalisation are among the beneficiaries; they have paid too little attention to all those who have not benefited, and not just the losers.

Couple the rapidly growing wealth of a few, and the gently rising wealth of a few more, with ‘austerity’ and the widespread trimming of government expenditure, and we get the perception that a large and growing section of the population are, on balance, worse off. They see themselves as worse off than their parents’ generation and believe that their children will be worse off than they are. They are discontented; not-OK. 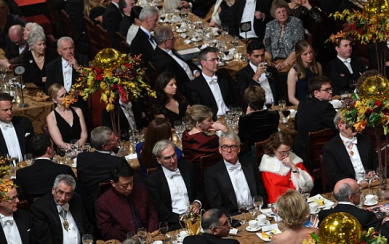 If globalisation is so beneficial why are EU government revenues falling, or not rising sufficiently fast to enable them to maintain public services? Or is it beneficial for some and the rest can go hang? These are issues that are current on many continents but Europe seems to be among the worst-affected.

The slow growth, high unemployment and low productivity of the eurozone give us examples of how ‘regionalisation’, as a subset of globalisation, can go wrong.

The most recent GDP figures show a rise of just 1.7% over the previous year, which is not enough to sustain economic development for all the people of the EU, many of whom are falling behind.

Unemployment in the E

U area as a whole remains at nearly twice the level of the UK and the USA, at 8.5%. Among young people the unemployment rate in some distressed countries (for example Greece and Spain) is nearly 40%. This is the basis for a future disaster, with a permanent raft of disaffected and inexperienced adults unable to join the mainstream with a job.

Labour productivity (usually shortened to ‘productivity’) is a measure of the value of goods and services produced over a period of time, divided by the hours of labour used to produce them. Increasing productivity therefore signals increasing wealth creation. When, as at present in the EU, productivity is barely growing then little additional wealth is being created and there is little to be distributed, if wider distribution were a priority. Once again, the EU contrasts unfavourably with the USA, which has productivity growth more than twice the EU level.

Unimpressive improvements to the EU economy are not distributed evenly, leaving large numbers no better off, or even worse off, and with poor prospects. A careful look into the reasons for the widespread fragmentation on the left and populist successes on the right, notably in Europe, will show that both extremes are supported by those who are not-OK. The middle ground is held, precariously, by the mild and moderate, who are OK on the whole.

The long-running battle of the OK, to avoid sharing their benefits with the not-OK, is essentially won. Now inertia is on the side of the OK; benefits, privileges and wealth are moving with their own momentum, gathering in the laps of those who have already gained so much.

If they wish to preserve their comfort the OK must do something to soothe the pain of those who are not-OK, before it is too late. They need to make sure that action is taken to make more people feel OK. Simply removing the right to vote for change, as the EU has done, because the not-OK may use their vote to spoil things, will worsen the problem, by making more of the OK feel that they are not-OK.

Is there anything the EU could do, even under its present fixations, to help to remedy the situation in Europe? Well, instead of pursuing unachievable solutions to non-existent problems (Ever Closer Union) the EU should tackle real problems and improve the lives of its citizens.

Education is seen as crucial so that advanced Western nations can compete globally on their own terms, while their citizens improve their abilities to benefit from radical change. Broadly educated citizens are seen as a competitive advantage over the absorb-and-regurgitate teaching traditions in, for example, many Asian countries.

Of course productivity, and thus worker’s wealth, is most easily increased in manufacturing, where investment in research and equipment can multiply output-per-person. In all likelihood some people would be displaced, and they ought to be counted in net productivity if they don’t find new work. Intellectual property is one way that non-manufacturing output can increase value-per-person but we are displacing too many people into making coffee rather than building profitable companies (Britain does its bit in IT and financial services of course).

If the EU really promoted cooperation, but not conformity, in education it could achieve many things it seems to believe it’s doing, but isn’t. Spreading and adapting best practice in kindergartens, schools, universities, apprenticeships and adult (re-)education would help meet useful goals. Actively mixing students

across Continent-wide education and training facilities would give us language and cultural skills to increase the ‘brotherhood’ the EU wants to impose on us (and can’t of course).

If the EU could develop these and other ways in which we could mutually leverage our collective, inherent advantages it might make a positive difference to the Continent’s position and that of more of its citizens.