Both Leave and Remain campaigns claim the backing of experts and use contentious “facts” in their arguments. ‘Britain Stronger in Europe’ claims in its mass mailshot: “Experts agree that jobs would be lost and family finances hit if we left – and our security would be put at risk.” This is disingenuous and designed to deceive, as is most propaganda. 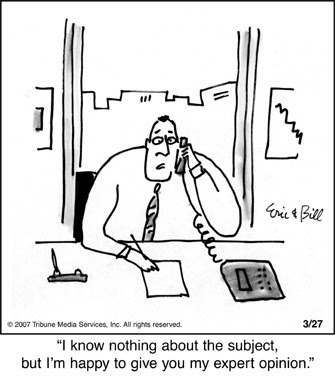 Mark Carney (BoE Governor) and Mervyn King (ex-BoE Governor) disagree. Teresa May (Home Secretary) and Sir Richard Dearlove (ex-head of MI6) disagree. George Osborne (Chancellor) and Nigel Lawson (ex-Chancellor) disagree. General Michael Hayden and General Patraeus (both ex-heads of the CIA) disagree. Businessmen disagree, … and so the list goes on. These differences are very well known so the propaganda claim that “the experts agree” is a lie. The experts don’t agree.