The Party of European Socialists has issued its own predictably fluffy demand for change without change, which will no doubt bring some more comfort to J-C and his conservatives. Here are some samples of what people who wish to think seriously about the future of the EU are up against:

“Sixty years ago, the people of Europe laid the foundations of the European Union – one of the most successful forces for peace, democracy, freedom, equality, prosperity and solidarity.”

A strange eulogy; presumably the other forces have been even less euphoric.

However, “The European Union is perceived as being unable to tackle the current challenges. The trust of European voters is being eroded, and the very foundations of our community are being challenged.”

They love the EU and cannot understand why trust in it is being eroded. As always they are not specific but presumably we are meant to see the far-right populists as the villains who are putting the EUnion at risk.

“Trust can only be restored by promoting genuine equality, fairness and social justice among the entire populace of Europe. Social progress must always mean upward convergence.”

A good idea maybe but what does “upward convergence” mean, unless it is a euphemism for completing the Union with a federal government. 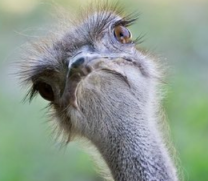 “First, after years of economic stagnation, we need to put our economies back on track…”

So, despite the successes all is not well.

“We will continue … to create upward social and economic convergence both among and within member states, and inclusive and sustainable growth.”

Is there a causal connection between convergence and growth? If they know, why don’t they tell us what the connection is and how they will make it work?

“We will step up our efforts to turn the euro into a driver for growth and convergence in the European Union by complementing and reforming the current Economic and Monetary Union.”

Perhaps there is no causal connection; they simply wish to juxtapose the two words to leave us with the impression that they know what they are talking about. From these quotations it is clear that the Party of European Socialists is fully supportive of the federal agenda but has reservations about the way in which it is being implemented. It is less than clear that they know how to make things better.

Again, they don’t tell us what a social pillar would look like, let alone what it would support, or how.

“The EU’s unique promise is for a model that combines economic growth with social security.”

A promise that has not been kept so far; economic growth is slower in the EU than in other developed economies and social security is not experienced by large sections of the populace.

“We need more coherence in our policies to keep this promise alive. This means developing the single market further, reforming our economies and consolidating public budgets.”

This is just fluff and nothing is spelled out as it should be, notably “consolidating public budgets”. Does this mean an overriding EU budget drawn from the member states contributions? The socialists don’t say. Do they know which member states would support and contribute to a supra-national government’s budget? 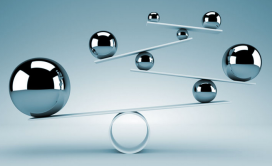 “Europe must be relentless in supporting and defending democracy and the rule of law … A progressive Europe should set its own standards and demand equally high standards from its partners.”

So, the EU (not Europe, there is no such legal entity) is less than relentless; or is that just the conservative opposition and the far-right enemies?

“The level playing field is crystal clear: we have a treaty that applies to everyone, and that leaves room for some member states to work more closely if a particular issue can be solved better together.”

How do they square “a treaty that applies to everyone” with some member states working more closely together? We shouldn’t expect much from a political manifesto but this article is a masterpiece of vapid and vacuous prose:

“We are convinced that common solutions and concrete results are the best way to deal with the current widespread critique.”

But haven’t we already claimed that the EU is “one of the most successful forces” for pretty well everything?