This post is a follow-up to our recent one, Dis-integration. We offer some other pieces of evidence that illustrate the contradictions between claims of unity and the reality for citizens, which come from Germany, Hungary, Poland, Greece and Italy.

The EU is dominated by Germany and it is disregarding EU rules. Germany’s 9% trade surplus is three times the maximum permitted under the EU’s Growth and Stability rules and nothing has been done about it for years. This is illegal but also dangerous since it is likely to cause global instability or a banking crisis. Why hasn’t the ECJ acted? How does this further the spirit of the EU Treaties which aim for convergence between member states? 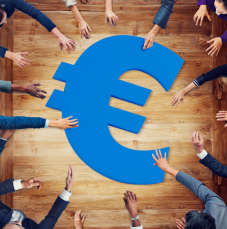 The mad Euro scheme has enabled this disunity. After averaging over 19 Eurozone countries, Germany enjoys a stupendous advantage. How can Europhiles ignore this behaviour? And could we reasonably expect Germany to behave differently if both the single currency and breaking the rules give them such economic advantage?

Hungary has been given a short time by the European Commission to show that its recent legislation on higher education and its proposals on NGOs are consistent with EU laws. In addition to raising a fence to prevent migrants from entering the country, the government has introduced laws that, it is argued, will stifle opposition and damage democracy. The self-proclaimed “illiberal” prime minister of Hungary, Victor Orban, signed the Rome Declaration but a week later he started an initiative called “Stop Brussels”. Hungary is a member of the Visegrad Group of eastern European member states, which is in dispute with the EU over instructions to take in more migrants, which they refuse to do. Leaders of the Group are saying that Western (in this case EU) values are not always appropriate for the circumstances of eastern European countries.

For more than a year now the EU has been challenging the Polish government over changes to the rule of law that conflict with EU legislation. EU leaders accused the Polish government of riding roughshod over its rules by making a series of political appointments and reforms to the Constitutional Court which appear to weaken the judiciary’s independence. Brussels has considered using Articl 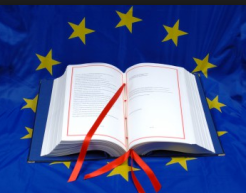 e 7 of the Treaty on European Union, which would cause Poland to lose its voting rights. Article 7 is designed to ensure that EU countries meet the EU’s rules on democracy and human rights, which it is claimed Poland is breaching. The Polish government has expressed outrage at the EU’s interference.

The EU has demanded, as part of its requirements for the bail-out fund, that Greece reform its pension arrangements, and the Greek government is resisting the pressure, being under pressure from its own people. As is so often the case, the governments of member states find themselves caught between the expectations of their citizens and the demands of EU legislation. Of course, the EU ‘government’ is not subject to the expectations and whims of an electorate and cannot be voted out. It can be single-minded in enforcing its rules.

The EU is facing a new financial crisis in the eurozone, this time in the commercial banking sector. Banks in Italy, Portugal and Spain are struggling with high proportions of non-performing loans. Italy is in the worst position, with about 18% of bank loans in this condition. EU rules do not allow reforms that could reduce the problem.

Years of persistent inflation have made the EU’s ‘southern’ economies increasingly uncompetitive. Before the creation of the euro, governments were able to devalue their currencies to help improve competitiveness and reduce inflation; Italy used this often. Now the EU regards austerity as the ma

in means of restoring balance across the eurozone and this is strongly resisted by citizens.

For more examples and more details, see Evidence of Fragility (Part 4) and Part 3

These are a few examples of disunity within the EU, contradicting its claim that “…we are united…”. Of course there have always been disagreements within the project but its claim that the “…Union… has overcome the old divides…” is clearly untrue. We argue that the EU, based as it is on an inappropriate ideology, is the cause of new divides, within the EU as well as between member states.

Alternatively we could interpret “old divides” to mean the inter-state competitions that figured so fiercely in the twentieth century, largely based on commercial and empire competition. Now we have no empires and more commercial collaboration, so competition now is largely restricted to inter-company matters. The EU can claim some credit here, for the introduction of the single market and the customs union, though we challenge their assertion that the federal ideology was necessary to achieve these.

The new divides, illustrated by the cases outlined, are between the EU and its member states. We would argue that the EU has created rather than overcome divides. In each case the issues are unique to the countries involved rather than between them, although euro-generated crises affect multiple countries. And these illustrate the weaknesses of the project, which outweigh any gains.

Of course, while J-C would acknowledge that his complaint is true, he would not accept our explanation. Indeed he would argue that the faults lie with the members, which will not put their backs into achieving ever closer union. Nor would he withdraw the flatly contradictory claims in the Rome Declaration and other places.

Although we haven’t any examples from Denmark, Shake

speare was onto it:

But to my mind, though I am native here

And to the manner born, it is a custom

More honour’d in the breach than the observance.

Interestingly, the context of the play shows that the real meaning is that it is more honourable to breach than to observe the custom (the Danes’ custom was heavy drinking and wassailing, at least according to Shakespeare, while the EU’s custom is obfuscation and deceit). So much for unity.