Our most recent post took a sympathetic, if lukewarm, overview of Theresa May’s speech in Florence on September 22nd. In this follow-up post we extract some quotations that we think are significant and offer our comments.

We are not as dismissive as most commentators we have read though we don’t find much of substance in the speech, which is mostly high-minded desirables with little reference to practical details.

We’ll start with a few of Mrs May’s comments that seem to take a gentle swipe at the EU.

“If we open our minds to new thinking and new possibilities, we can forge a better, brighter future for all our peoples.”

We pick up a hint that she thinks, as we do, that EU leaders have made up their minds and closed them. It is unlikely that this wish will come to fruition; there is too much at stake for the EU and they – or at least the leaders – feel that their priority is to defend against an apostate, even though Britain’s half-hearted participation in the project has always been uncomfortable for them.

“The eyes of the world are on us, but if we can be imaginative and creative about the way we establish this new relationship, if we can proceed on the basis of trust in each other, I believe we can be optimistic about the future we can build for the United Kingdom and for the European Union.”

Imagination and creativity are not on offer from the EU side. In fact their position, their “directives” are so rigid that there is little chance of a real negotiation taking place, with all the compromise that would entail.

“We may be leaving the European Union, but we are not leaving Europe.”

Ouch! Not such a gentle swipe, given the leaders’ habit of addressing any topic as belonging to Europe rather than to the EU.

Next, a few quotations that are designed to ease tensions. 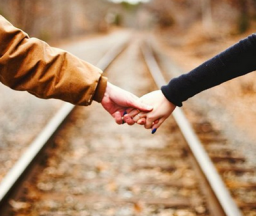 Mrs May feels obliged to offer the diplomatic niceties for political reasons, both to avoid being responsible for any breakdown in the negotiations and to soothe Remainers and others in her own party.

“Our commitment to the defence – and indeed the advance – of our shared values is undimmed. …And we will do all this as a sovereign nation in which the British people are in control.”

More diplomacy, and another gentle swipe at the loss of sovereignty.

“Our security co-operation is not just vital because our people face the same threats, but also because we share a deep, historic belief in the same values – the values of peace, democracy, human rights and the rule of law.” 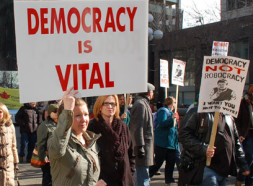 Who could argue with that, except the EU in the case of ‘democracy’, by which they mean something quite different from “the British people are in control.”

“The strength of feeling that the British people have about this need for control and the direct accountability of their politicians is one reason why, throughout its membership, the United Kingdom has never totally felt at home being in the European Union. And perhaps because of our history and geography, the European Union never felt to us like an integral part of our national story in the way it does to so many elsewhere in Europe.”

This is more direct, and accurate, than the rest of the rather vapid wishful thinking that otherwise characterises the speech. If she said more about this at home she might strengthen her position there.

“The profound pooling of sovereignty that is a crucial feature of the European Union permits unprecedentedly deep co-operation, which brings benefits.

“But it also means that when countries are in the minority they must sometimes accept decisions they do not want, even affecting domestic matters with no market implications beyond their borders. And when such decisions are taken, they can be very hard to change.

“So the British electorate made a choice. They chose the power of domestic democratic control over pooling that control”.

The first sentence is a non-sequitur; why should we believe that “profound pooling of sovereignty…permits unprecedentedly deep co-operation”? If there was a logical connection there might be benefits for member states, not just the EU ‘government’, but there isn’t, and aren’t. ‘We have ways of making you cooperate now we have control of your sovereignty.’ Forced cooperation is not to the liking of everyone (e.g. Britain, Poland and Hungary), as we have seen.

Mrs May then offered a few comments on the progress of the negotiations so far, picking out what she sees as positive outcomes but not adding any detail.

“As part of this, we and the EU have committed to protecting the Belfast Agreement and the Common Travel Area and, looking ahead, we have both stated explicitly that we will not accept any physical infrastructure at the border.”

“We have also made significant progress on how we look after European nationals living in the UK and British nationals living in the 27 Member States of the EU. …I am clear that the guarantee I am giving on your rights is real. …I want to incorporate our agreement fully into UK law and make sure the UK courts can refer directly to it.”

“I do not want our partners to fear that they will need to pay more or receive less over the remainder of the current budget plan as a result of our decision to leave. The UK will honour commitments we have made during the period of our membership.”

We may assume that Mrs May deliberately avoids the points of contention in these three crucial first phase issues. Our take on this is that such points reflect the gaps between what the UK is offering and what the EU is demanding in its mandate. The UK offers ideas for negotiation but the EU responds that there is not enough detail, which we can be sure means that we haven’t yet conformed to the directives, and whatever detail is hidden therein.

Next Mrs May tries to open the possibility of discussing the future arrangement between the UK and EU, well aware that this discussion has been ruled out until “sufficient progress” has been made in the negotiations. It is our view that the UK is being naïve in believing that negotiations are what is happening in Brussels. The EU appears to be the more skilful ‘negotiator’, successfully disguising the fact that it is not negotiating at all by putting the responsibility for the failure that everyone is coming to expect on the British. Probably the British are responding in the only way possible, short of “get stuffed”.

So, “our task is to find a new framework that allows for a close economic partnership but holds those rights and obligations in a new and different balance.” A nice idea, but wishful thinking. 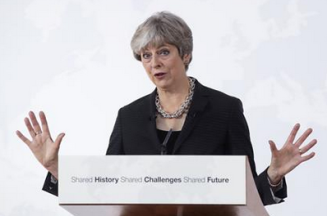 Mrs May then rules out two options that have been regularly raised, outside the EU at least.

“I don’t believe either of these options [Canada and the EEA] would be best for the UK or best for the European Union.

“European Economic Area membership would mean the UK having to adopt at home – automatically and in their entirety – new EU rules. Rules over which, in future, we will have little influence and no vote.

“Such a loss of democratic control could not work for the British people.”

“As for a Canadian style free trade agreement, …compared with what exists between Britain and the EU today, it would nevertheless represent such a restriction on our mutual market access that it would benefit neither of our economies.” 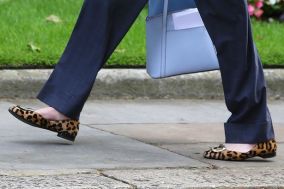 Having put her foot down, she returns to wishful diplomacy, with little substance.

“The EU is our largest trading partner, so it is in all our interests to find a creative solution.”

“We share the same set of fundamental beliefs; a belief in free trade, rigorous and fair competition, strong consumer rights, and that trying to beat other countries’ industries by unfairly subsidising one’s own is a serious mistake. So there is no need to impose tariffs where we have none now, and I don’t think anyone sensible is contemplating this.” 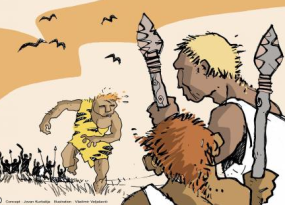 Of course she may not mean much of this second piece of diplomacy; it may be more for domestic consumption, given her precarious political position, than anything else. She’s treading a fine line and her main objective may be survival rather than any contribution to the negotiations. Nevertheless what she said is true, except for the bit about nobody contemplating it.

Then she moves to one of her red lines, and another sticking point for the EU on which we have already written in Overtime Lords.

“To make this partnership work, because disagreements inevitably arise, we will need a strong and appropriate dispute resolution mechanism.

“It is, of course, vital that any agreement reached – its specific terms and the principles on which it is based – are interpreted in the same way by the European Union and the United Kingdom and we want to discuss how we do that.

“This could not mean the European Court of Justice – or indeed UK courts – being the arbiter of disputes about the implementation of the agreement between the UK and the EU however. It wouldn’t be right for one party’s court to have jurisdiction over the other. But I am confident we can find an appropriate mechanism for resolving disputes.”

She may be confident but the EU is equally confident that it will rule out any alternative to the ECJ. And yet does the ECJ have authority over China or the USA or, more to the point, over Canada or in the proposed deal with Japan, and if not then why over the UK as a third country?

“As I said in my speech at Lancaster House a period of implementation would be in our mutual interest. That is why I am proposing that there should be such a period after the UK leaves the EU. …The framework for this strictly time-limited period, which can be agreed under Article 50, would be the existing structure of EU rules and regulations.”

Our Prime Minister is proposing a transition period – nothing has been agreed that could be implemented yet – which will leave the UK in the EU for a further two years or so. We wonder who could be pleased by that prospect, unless it is a sweetie for Remainers or even a precursor to an indefinite Remain (the vagueness could be exploited to keep us in transit indefinitely).