At the last election the main parties offered election manifesto promises to respect the Referendum vote but the wreckers, thinking only one move ahead, are determined that we don’t leave or only pretend to leave, with a Brexit so soft that it is meaningless. If we leave but cannot reach a fair agreement with the EU our economy (and theirs) will suffer but will adjust and recover in good time. It isn’t politicians who make a vibrant economy but they can certainly inhibit one.

We have to stick up for ourselves. If we pay a big exit bill, stay in the CU and SM and therefore under the jurisdiction of a foreign court, the ECJ, we will have achieved nothing that the public voted for. That would be a disgrace to democracy but worse than that, we will have shown we cannot and will not resist the EU on anything it is determined on: full political union, monetary union, banking union, military union, free migration. The voters will have been utterly betrayed. 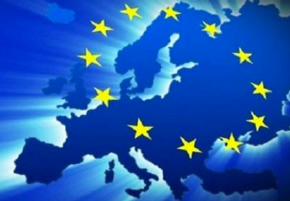 We will also be chained to a failing mega-state whose leaders refuse to acknowledge this failing – it is the worst-performing trading group in the world with the lowest growth and shrinking trade share. Much is being made of the revival of eurozone growth in recent months compared to the UK but will it last? The European Commission predicts that the UK will grow at 1.5% and falling compared with the eurozone at 2.2% (the Bank of England is more optimistic at 1.7%) – might there be some institutional bias here? After all, Mark Carney and his colleagues lowered its interest rate in anticipation of a plunging UK economy after the Referendum, now they are raising it – into the face of a troubled future outlook?

Meanwhile the European Commission’s forecast assumes that trading relationships will remain the same (we think they mean that Brexit is cancelled, in effect, which is what its ‘negotiators’ are aiming at). The zone itself teeters at the edge of several cliffs and is perhaps on a high-wire between them, supported by the European Central Bank’s (ECB) continuing purchases of bonds from weak states at serious risk from adverse economic shocks. At some stage this has to be unwound and many banks will suffer the consequences – naturally these banks have been using quantative easing (QE) to unload their liabilities onto taxpayers while reinvesting in stable places, like Germany. This is not investing in the future or recovery, it is plate spinning. We cannot trust these forecasters, their records are awful. 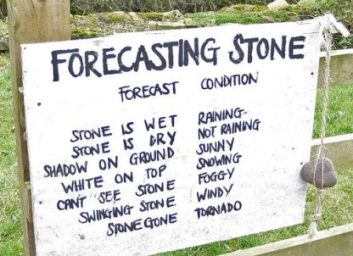 Short-term performance is not proof of sustainable growth. In our previous post we described how the UK has far outgrown the eurozone since the latter’s creation 20 years ago, and also since the global financial crisis a decade ago. At neither time was this what the Commission was predicting. Germany may have done relatively well in building a huge (and illegal) trade surplus with its partners but this has largely been deployed to keep other eurozone members afloat, building massive financial claims that might never be repaid. German citizens have not benefited proportionately either; average household expenditure has grown at less than half the rate in Britain or the US during these two decades of monetary union. The ECB has been soaking up Italian debt but plans to halve QE levels in the early New Year will push up borrowing costs. Meanwhile and eurozone banks are still exposed to $1 trillion of bad loans. Even a moderate tremor in the eurozone or global financial system could spell deep trouble, perhaps even the break-up of EMU.

The UK is doing OK, the Commission’s gloomy forecast is no surprise. Carney boobed by lowering the interest rate and has now raised it despite remaining gloomy. The UK Treasury uses an economic model that has already failed; one interesting factor is its ‘gravity’ assumption – that trade occurs more readily with geographically near neighbours. When we abandoned Commonwealth Preference, New Zealand wobbled but its economy adjusted as they focused on more local customers in Asia – most of them as far away as the US is from the UK. The economists’ analogy is with Newton’s Law of Gravity where the attraction between bodies diminishes rapidly with distance; perhaps the evidence shows we need an economic Einstein to improve the model.