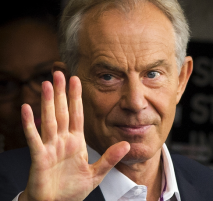 “Brexit – what we know now” is the title of a document published recently by Tony Blair in which he argues for a second referendum on leaving or remaining in the European Union. It is another ‘Dodgy Dossier’, sexed-up with mendacious statements. He argues that as we come to know what Brexit represents it is reasonable to ask the electorate to reconsider their decision to leave. This is the ex-Prime Minister who promised a referendum on the proposed EU Constitution but refused a vote on the same thing after it was re-branded as the Lisbon Treaty. 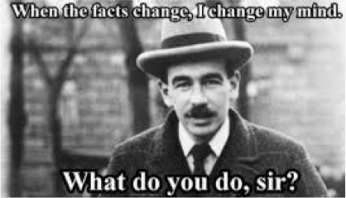 Blair doesn’t describe what kind of EU we would be remaining in (because the EU itself is changing) nor what terms we could be forced to accept to retain membership (probably without some of our rebates and opt-outs). He lays out only negative consequences of leaving and even these are misleading. He claimed that there were significant staff shortages in the NHS in the wake of the EU referendum vote whereas official figures show there was a 5.4% increase in the number of EU nationals working in the NHS a year after the Brexit vote. He conflates the shortages with lower levels of EU immigration. He also claims that Brexit is damaging UK productivity but this is a long standing problem going back to his own time in office. Furthermore productivity has at last started to improve (though it is very hard to measure productivity in today’s economy).

Other Blairites are of the same mind. Lord Mandelson told a Centre for London conference: “We need to put it back to people and let them take a different view, if they want to.” Lord Adonis has argued that Brexit was not defined before the referendum and people should be given “a new say”. Doubtless these and other lords are going to be pressing the case as legislation passes through their chamber.

As we have pointed out, there are a 100 Liberal Democrat lords who, despite that number being wholly unrepresentative of their electoral support, are also intent on re-running the vote. It’s not something they considered before losing the cause but at least Vince Cable said afterwards, “the public have voted and I think it’s seriously disrespectful and politically utterly counter productive to say – sorry guys you got it wrong let’s try again.” That was before he replaced Tim Farron as party leader, now he’s saying, “Let me be clear: this is not a call for a re-run – a second referendum – on Brexit, it is a call for a first referendum on the facts, when we know what Brexit means.”

Our Einstein ‘quote’, though often repeated (most notably by Ivanka Trump on Twitter last year) is false of course, he said quite the reverse when initial evidence from Hubble

appeared to conflict with General Relativity. Einstein was willing to think things through again if necessary, unlike these single-minded Europhiles. By the way, there is scant evidence that the well-known Keynes quotation has been correctly attributed, but never mind the facts if they don’t fit the argument.

One of our objections to the EU is the steady erosion of what passes for democracy in its institutions, with qualified majority voting (QMV) gradually – almost but not quite imperceptibly – replacing the original veto that each member state had over major decisions. Of course our leaders, Tony Blair included, colluded with this exemplification of the ‘European strategy’ (see State of the Union 2017, particularly towards the foot of page 3 of our linked analysis, SOTEU 2017).

Before leaving this topic here is a review what’s happened so far:

Another referendum on the terms of the agreement would prolong uncertainty for businesses and encourage the EU to offer a deal that voters won’t like. Probably UKIP or a successor party would be revitalised, sending more eurosceptic MEPs to Brussels. Meanwhile the Government, whichever party was in power, would face uproar every time a vote on the EU budget, or a defence union or any move towards “ever closer union” was proposed; there would have to be vetoes. Disharmony would not be reduced but spread further abroad.