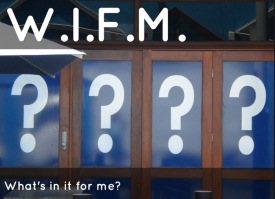 Has it made us richer?

Our growth has stayed pretty much on post-war trend throughout. We didn’t catch up with average EU6 post-war recovery rate, they slowed to ours then fell behind on average.

Has it made us safer?

Only Britain, France and Poland make an adequate effort at defence. USA, Australia, New Zealand and Canada are our main intelligence partners.

Has it made us more just?

English law is a world favourite: the ECJ is bent towards political objectives. EU justice is about protecting the Project, not about its citizens.

Has it made us kinder?

Only Scandinavia and Britain meet UN standards on aid.

Has it made us greener?

We have made a huge commitment to lowering CO2 emissions but the rest are mainly laggards despite the rhetoric. Germany depends on coal while we have virtually stopped burning it.

Has it made us more internationalist?

The Customs Union (CU) works between companies trading within the EU but puts up barriers to trade with non-members and does not cover services, which are the more important part of the UK economy.

Has it protected us from the Great Powers?

EU leaders wish to see the Union as a great power, in addition to the USA and China. However, economically, politically and militarily the EU does not and cannot compete, so its members remain vulnerable to the vagaries of globalisation. A “union that protects”, but how and from what? 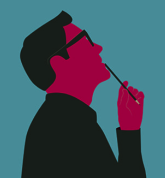 It has been suggested that the General Election vote in the 2017 represents the second thoughts of voters and so overrides the 2016 Referendum result – the British public has given MPs the right to decide how we leave the European Union and its Customs Union. This is wrong for two reasons. First, general elections concern a broad range of policies but the Referendum was about a specific policy and the answer was clear, if not overwhelming. Secondly, our representatives were sent to Parliament to carry out their party’s manifesto promises, so about 80% of them are expected to say “aye” to leaving the CU.

Guy Verhofstadt, writing in the Daily Telegraph [1], suggests the EU and UK make an ‘Association Agreement’ to simplify and overcome the obstacles to completing the Article 50 negotiations in reasonable time. Such agreements already exist with other countries hoping to join (not leave) the EU: Turkey, Albania, Montenegro, Macedonia, Serbia, Kosovo, Bosnia, Ukraine, Georgia, Moldova and a few others. It’s a bit like waiting to join a golf club – while the committee considers your suitability you can’t play the course or even enter the members’ bar unless invited, and even then you must observe the dress code; you have no influence on the rules but you have to pay for the privilege of access to the guests’ lounge.

It may be worth it if you’re keen join the club but it’s an odd way of leaving, especially if you’re forbidden from becoming a full member of other, less up-tight clubs.

Do you want the UK to be a separate country, to be merged into a federal Europe, or to be given away?

Leavers want Britain to be a separate and independent country, able to make its own choices or, if the citizens decide they don’t like them, to overturn them. They want a legal system that has served them well as it has developed over nearly a millennium and is one of the most respected around the world, a system in which they can even sue the Government and think they might win (see The World’s Favourite Law). They want to reconnect with people further afield, especially where there are ties of culture, law, language and ancestry rather than favouring whoever they are told to by an unquestionable authority. They want to expand trade with dynamic and developing economies rather than a declining bloc. Britain would still be a cooperative nation. It is part of the UN and has an influential, high-profile position (on the Security Council). It also has a senior position in the

Commonwealth, a wide-ranging group of global countries increasing in importance The Commonwealth as a whole is bigger than the EU (twice as many countries and four times the population), more widespread globally and growing faster. It is active in peacekeeping – and sometimes contentious wars – but that’s our choice. It will remain in the Council of Europe, the European Convention on Human Rights, the World Bank and the International Monetary Fund. It will not be retreating from participation in financial, political and social bodies concerned with global wealth, health, peace and the environment.

Many Remainers want to leave things just as they are rather than risk change. This applies especially to advocates for large corporations that may have to rethink their strategies to take advantage of new opportunities but risk opening the field to more energetic rivals, including those outside the protective walls the EU has built. Some are the clerks and mandarins who are, or were, serving Brussels (maybe retiring to the 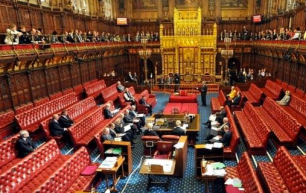 House of Lords (HoL) and have built influential connections and healthy pensions. Others are persuaded by the idea that they are sacrificing independence for the greater good of a larger pond (it is a fetid pool).

Things will not remain the same; by staying the country will be increasingly merged and subject to the will of the strongest or most influential states (currently Germany and France) and lobbying by self-interested groups like German manufacturers, French farmers and Spanish fishers.

The Liberals and SNP want to reverse the Referendum and stay in the EU, that at least is straight forward. The HoL and Labour want to stay in the CU, they aren’t Remainers apparently, they’ve said they respect the decision of the people after all. They are Submissives prepared to give the country away, being subject to the EU’s treaties, laws and regulations as they are, or will be, but without influence. Or maybe the Submissives are actually pretending, because this position is so unappealing the British people would rather reverse the Brexit decision. That is deceitful.

We return to the subject of fragility and its consequences for the EU. It can fairly be claimed that every nation and empire experiences fragility and the risk of breaking up. Why do we pick on the fragility of the EU as especially troubling? There is a reason and it can be summed up in one word – sentiment – or, more to the point in the case of the EU, its absence.

Before the UK Referendum on staying in or leaving the EU, the UK went through an earlier referendum, that to decide whether Scots wished to remain within the UK or to go for independence. That vote went the other way and the Scots voted to remain. This was an example of high fragility and great risk to the group of nation states that form the UK. Why did the result go the way it did? Put simply, although many Scots felt (and still feel) very strongly about their own country, enough of them felt more strongly about the union and did not want to disrupt it, for economic, political or any other reasons. 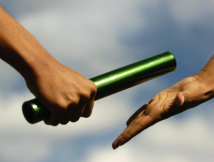 If sentiment is one reason that the UK survived that experience, the other is that the UK government has delegated considerable powers and responsibilities from the centre to the peripheries. The EU reverses both; it sucks up increasing powers and responsibilities from the ‘peripheries’, i.e. the member states, and it does not inspire the sort of sentiment that has held the UK together. Those factors make the EU more vulnerable than the UK to breaking up.

A counter-argument is that the UK has been in existence for centuries, the EU for just a few decades. Perhaps it takes centuries to win the allegiance of enough people to hold a political entity together and the EU has not been around long enough to achieve such a level of sentiment – or inertia. To counter that counter we can look at another difference that counts. Rulers of the UK, and other cobbled-together nation states, have had to take account of the views of citizens, at least under democracies in which rulers can be dismissed by popular vote. This is not true of the EU, which does not care to offer its citizens any opportunity to review and renew its government.

So in fact we have at least three related factors that hold nation states together that are not present in the EU: sentiment, power delegation (whatever happened to ‘subsidiarity’?) and democracy.

It may be worth considering how non-democracies and pseudo-democracies are held together and here the answer is also power but this time the power of the military, the police and the secret services, three powerful agencies that the EU aims to set up, in the absence of proper democracy and the delegation of power together with the failure to win hearts and minds.

The EU Project is dangerous; dangerous because of its over-weaning ambition and the fragility that is the consequence.