The two conceptual pillars are:

A: contempt for the inability of the nation states of Europe to bring and maintain peace, stability and prosperity to the peoples of Europe;

B: disdain for the inability of the peoples of Europe to choose their national governments wisely.

(In case you feel that ‘contempt’ and ‘disdain’ are too strong we will share the evidence, from its own statements, in this and forthcoming posts.)

From the first of these comes the conviction that Europe should be ruled by a unified, supra-national entity, or federal government, which has the powers needed to override the decisions of the governments of its member states.

From the second pillar (but not from that alone – the self-interest of leaders plays an important part) comes the conviction that such a super-state should not be subject to the whims of an electorate empowered with the right to evict the federal government.

The arguments in support of these pillars are based on two assumptions. The first is that Europe’s nation states are not capable of delivering their own improvements to economic, democratic and social circumstances, let alone that they can collaborate, other than through EU plus EMU, to provide an environment that is congenial to efficient development. 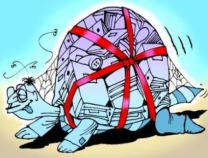 The second assumption is that a self-selected group of ex-politicians and professional bureaucrats has the ability to achieve what individual nations cannot. From these assumptions the conclusion is drawn that the nations of Europe must pass substantial responsibility for their governance to a central, non-sovereign authority, which the ‘professionals’ will manage to the benefit of all.

It is notable that both pillars are expressed (quietly, of course, by EU representatives – see Attitudes & Ideology) as negatives (contempt and disdain). It should not surprise us then that the architecture built on these pillars is unstable.

We share the view, if not the cynicism, of HL Menken: “Democracy is the theory that the common people know what they want, and deserve to get it good and hard.”

However, the EU, if it would describe its founding principles honestly, would argue that the common people do not know what they want and should be denied it if they did (unless it happened to coincide with what the EU wants). They feel that they have to pretend to respond to expressed wants and needs, but the evidence shows up their failure and their insincerity.

We argue that the EU is an irreversible juggernaut because its treaties do not provide any mechanism for returning powers to national governments and in practice none ever is. Ever closer union was a pledge made by all signatories to the Treaty and is ratcheting irreversibly. [1] [2]

That the EU is indeed a tyranny is evidenced by the Brexit ‘negotiations’, in which the main aim is to punish the UK and to make sure that no other member nation will choose the same path. If it followed its own propaganda then the EU would be seeking the best outcome, economically, socially and politically, for its and the UK’s citizens, rather than devoting its full weight to protecting its “founding principles” (see Solidarity).

The underlying tension between the EU’s demands for uniformity (dressed up as ‘union’) and the wish of citizens to have a say in their economic and legal systems is the fundamental weakness of the Project. This tension cannot be resolved by soft words as it goes to the heart of the EU’s ambitions. In the end the people will decide, with or without the compliance of their ‘betters’ and suppressing the popular will is the biggest risk the EU is taking.

The EU decided that the only way to overcome the limitations that result from allowing the people to exercise their choice of government is to subjugate national governments to the dictates of a higher authority. Since there is no way for democratic regimes to be overruled by a democratically elected higher authority, democracy has to be foregone and the supra-national regime has to be selected, not elected.

Unification is hard to achieve and sustain; it cannot succeed except by consent or coercion. Without consent fragmentation is the probable outcome. This is the major risk for the EU, which has neither democratic legitimacy nor military force to hold it together against the will of its peoples. The EU is an imposition by elites, over which the people have no say. 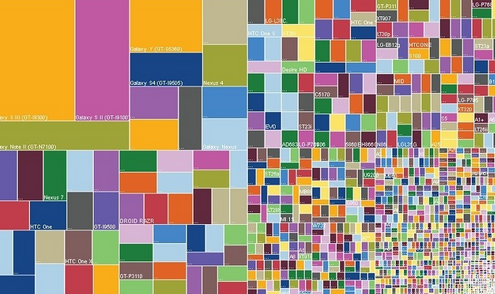