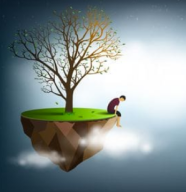 The 1930’s Great Depression hit the USA hard but the suffering was less in the UK because in 1931 the Bank of England abandoned the Gold Standard and the Fed did not until 1933 (although it was only fully abandoned by Nixon in 1971). For the economy to recover, unemployment and low wages persisted; millions suffered. Italians, Greeks and others are suffering too because their money is tied to the Euro Standard which is valued favourably for others but not for them. Their central banks cannot alleviate the pain in the way they used to, by devaluing to regain competitiveness. So they have to reduce their citizens towards third world standards or else leave the eurozone. Another alternative is to avoid using the euro as far as possible by allowing the people to carry out their domestic exchanges in a local, soft currency like the Italian min-BOT [1]. If it works for them others will follow and the eurozone integration strategy will be dead. The well-aligned, richer countries might continue with a euro mark 2 (the deutschmark?)

The Irish Taoiseach is an adversary, not a friend of the UK. This is true of the new Spanish government too; when it uses EU membership as a weapon in its dispute with us over Gibraltar it demonstrates that the Union is not fit for the purpose it was supposed to address, harmony between European nations. If Spain has a case it has no business bringing the Brexit negotiations into it and other members should not have allowed it. Both issues show how much the EU is a mechanism for pressing national interests rather than multinational ones; neither were priorities for the Commission until there was an opportunity to exploit them in the negotiations. This is squalid. But not only squalid – it gives the lie to claims that the EU is designed to, and succeeds in, bringing harmony to Europe and eliminating intra-national squabbles.

“The United Kingdom cannot automatically be a rule-taker,” Hammond said. “We cannot sign up to automatically accept as-yet unknown future rule changes. We must have the ability if necessary, to deliver an equivalent outcome by different means,” Hammond said in March during a speech at HSBC’s headquarters in Canary Wharf. The UK Government White Paper seems to accept nearly all the EU’s rules and also accepts that the UK should have no part in forming them. Of course the EU has spurned the WP proposal, though not because it agrees with Hammond.

The EU is protectionist but who does it protect?

Not unemployed workers, and there are double the number of those on average in the EU-27 compared to the UK or US – Germany is different of course, it does very well at the expense of others. It prefers to look after the privileges of those who have jobs already, especially if they are in trade unions and work in the public sector. [2]

Neither does the EU protect consumers, who pay more for goods than if they could get the best value on the open global market rather than protected EU producers [3].

It protects those who are ‘made’ already and have the resources to master the complex and arcane rules that discourage new challengers and smaller producers seeking new markets.

And it protects the recycled politicians – see what they sign up to keep their privileges? How outrageous is that?

Is the EU a force for good in the world or a nasty, parochial organisation, overwhelmingly concerned with a misguided political objective even at the cost of security, stability and prosperity of its own citizens? We don’t understand how any Briton or disinterested outsider could not acknowledge the latter description however much they might still hope for the former to win through in time. 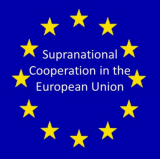 The EU project is plainly an exercise in replacing many European nationalisms with one supra-nationalism.

The customs union is designed as a protective wall against competition to further the interests of corporations and landowners across the continent. For example, 4pc tax on flat screen TVs, 17pc on trainers, a 21pc tax on tomatoes, 19pc on bananas, over 40pc on cheese.

Currently, HMRC collects £3 billion in customs duties annually; 80% of which is passed to the EU.

“…the distribution of power among several states is the best check on democracy. By multiplying centres of government and discussion it promotes the diffusion of political knowledge and the maintenance of healthy and independent opinion. It is the protectorate of minorities and the consecration of self-government. …It is bad to be oppressed by a minority but it is worse to be oppressed by a majority.” (Lord Acton)

In other words vigorous competition between states is what made Europe great, the reduction of it is what is diminishing Europe.

Hungary’s foreign minister, Peter Szijjarto, has demanded Brussels stop trying to punish the British people for voting to leave; he recently warned of the economic damage and risks to security of not reaching a deal with the UK; Italian and other countries’ ministers have made similar comments. The heavyweights, especially Germany and France, are redoubtable adversaries and we need to toughen up.

If our ‘No Deal’ Plan B was WTO rules (with mutual recognition where possible), zero tariffs, free ports, low corporation tax and seriously reduced regulation where appropriate it would scare the living daylights out of the EU. That might encourage them to agree a fair Plan A, but if not it would make an independent UK seriously competitive against the crumbling structures of the EU.

Economic competition between nations leads to innovation; suppressing it by appeals to a ‘level playing field’ is generally a smokescreen for those already embedded to fight off challengers. This is the way decline begins, and has afflicted the EU: as its suffocating control has grown its importance has withered. Today the EU’s share of global GDP is half what it was in 1980 and falling.

“It is strange how pundits who claim to want greater competition in the domestic economy – for example, in banking – are so afraid of competition for people between states, decrying it as a race to the bottom. Yet monopolies are always bad, in every sphere of human endeavour, breeding complacency, curtailing innovation and throttling progress. …Globalisation is not just about buying cheap Chinese goods: it also limits the state’s powers to over-tax or over-control its citizens.” (Allister Heath)

“The competitive struggle (among the European nation states) created the largest opportunities for modern western capitalism. The separate states had to compete for mobile capital, which dictated to them the conditions under which it would assist them to power.” (Max Weber)

“…peace is created and guaranteed by an equilibrium of forces and a most vigorous rivalry. Thus, nature wisely separates the nations.” (Kant)

“…competition among nations tends to produce a race to the top rather than to the bottom by limiting the ability of powerful and voracious groups and politicians in each nation [or a federation] to impose their will at the expense of the interests of the vast majority of their populations.” (Gary Becker)

For Richer, For Poorer 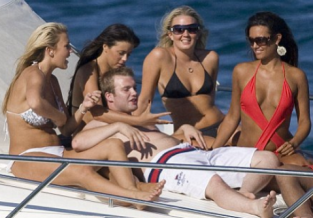 Which is the richest nation in the EU, Germany? Thanks partly to its favourable exchange rate within the eurozone it has earned a vast surplus at other members’ expense, then lent it back to them so they can keep buying German stuff (Target 2 [1], [4]), at an effective interest rate of 0% (the ECB’s bank rate), with no redemption date, and no chance of most of the capital ever being repaid. German competitiveness was also underpinned by Gerhardht Schroeder’s reforms (Hartz) which reduced workers’ social benefits and restrained their wages. German workers are auto-enrolled in pension schemes which invest in the previously mentioned zero-interest, unredeemable bonds. When they realise all this the voters won’t be happy, it’s frightening to think who they might choose to fix this mess.

Meanwhile Italy’s debt isn’t falling despite the benign interest level, it’s economy isn’t growing like others in the EU and its unemployment rate remains the same [1]. Deputy Prime Minister, Matteo Salvini, is mimicking sayings of Il Duce and his party’s popularity is growing.