In December 2017 we reached “The end of the beginning”, or at least we were granted gracious permission by EU leaders to talk to them about things other than money, borders and migrant’s rights.

We don’t know whether they will listen actively or simply give us more formulaic responses with their accustomed hauteur. But 2018 will be decisive; we should know before next Christmas whether there will be a deal at all and roughly what kind of deal. Will we be partners, rivals or angry adversaries?

We will only fail completely if the EU decides to be vindictive, because it is in everyone’s interest that Brexit should succeed. Let us suppose that we still plan to leave the Single Market and Customs Union, as the Government has promised, but that a number of sector agreements are to be progressed through March 2019 (the end of the Article 50 process) and the transition or implementation period, in about three years’ time. There may be winners and losers but the economy will adjust in consequence to exploit the opportunities and minimise the problems – that’s what an open economy does, it adjusts to find its own level once more, like water will after being disturbed. How soon it does so, and whether the level is lowered or raised, depends on how much freer it is allowed to become (freer from sticky interventions by both the EU and British Governments). This is the big opportunity of Brexit.

The change may be tough at first. Suppose there is no deal for the financial sector: many jobs will have to relocate, to Frankfurt probably, and that will hurt but not kill the City, it will still be one of the largest financial services centres of the world.

JP Morgan has reversed its talk of moving and now refers to “consolidating” or reinforcing its existing EU subsidiaries; chief executive and chairman, Jamie Dimon, says: “The clustering of financial services in London is hugely efficient for all of Europe”. James Gorman, the head at Morgan Stanley, said the industry likes the UK’s liberal mindset, its tax and court systems, its geographical location and the fact that English is its official language. John Cryan, CEO of Deutsche Bank, believes London will continue to be a leading world financial centre for at least ten years because of the difficulties in replicating its unique framework supporting the industry.

Citigroup has announced it will move just 150 of its 6,000 UK staff to Frankfurt and other offices in the EU. Bank of Ireland Chief Executive, Richie Boucher, admitted that if the EU does manage to damage the City it will be New York, not any European city, that will benefit.

China invests more money in the UK than in Germany, France and Italy combined; they have a strategic reason for this. In 2013 China and the UK struck a deal to make the City the biggest trading centre for the renminbi outside China/Hong Kong. China wants deals that accelerate the international use of its currency (at present over 50% of world trade is settled in US dollars).

China’s One Band One Road (OBOR) project will challenge US predominance and London is crucial to its plans. That is because of the City’s size, expertise and because English law is accepted and used in case of arbitration in 40% of global trade deals. For example, Georgia is setting up free industrial zones to grow its trade links beyond the old Soviet empire, providing a link between Asia and Europe. These will rely on English law – another opportunity for our exceptional services sector. Brexit means we will be free to deal with China, Georgia and any country where until now competing national or regional interests of the EU have stymied agreement (a feature of EU protectionism). 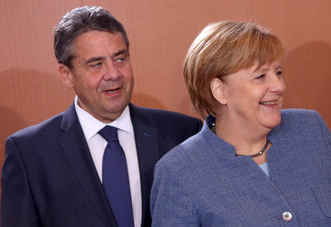 Let’s suppose that the vehicle sector doesn’t reach a deal. How will German politicians square that with their own worker and shareholder constituents when their largest export market is confronted by a 10% tariff barrier? They’re beginning to notice the problem. Sigmar Gabriel, the German foreign minister, wants a “clever deal”; he said it was time to find “alternative forms” of cooperation with third countries. Ukraine and Turkey both have bespoke deals with the EU, so why can’t the UK? Obviously because both countries are hoping to join rather than leave, but neither is likely to be accepted for many years so the Brexit negotiation could lead to a new form of close cooperation with others outside the Union. A hierarchy of levels of integration was suggested as a possible future structure by Jean-Claude Junker in his last State of the Union address and his earlier White Paper, so it is not a forbidden topic. However, despite Herr Gabriel’s view the EU appears to see only two not-so-clever options: a Norway deal allowing free people-movement, or a Canada deal allowing goods but not financial services; one crosses a UK red line, the other excludes one of Britain’s strongest sectors. This must be challenged strongly; we have the muscles if we have the courage to show them; it would help if the British public were more aware of Britain’s strengths. 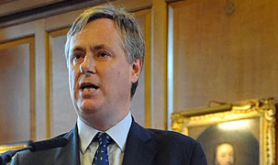 EU-law expert, Martin Howe QC, assures us that the EU has no power to prevent its free trade agreements with other countries being carried over to the UK after Brexit, it’s entirely up to us and the other country. Associated British Ports Holdings Ltd (ABP) owns 21 UK ports and has invested £100 million since the Referendum vote. ABP has considerable foreign investment backing, including by Canadian pension funds and the Kuwait government, proving that there is strong, non-partisan belief in the post-Brexit economy, echoed by the investments of Amazon, Google and other big multi-national companies.

There is a suggestion that the Government should allow these ports to become Free Trade Zones, that is to allow goods and parts to be imported, manufactured and re-exported without incurring the usual import procedures or tariffs. This is the kind of back-up thinking we need to, “Stiffen the sinews, summon up the blood” rather than wheedling and pleading for Brussels’ sympathy.

In 2016 the EU quietly increased the tariff on oranges from 3.2% to 16%. UK growers were delighted at the added protection, well they might have been if there were any (whatever happened to the 19th century craze for building orangeries?) In fact it was the Spanish who wanted protection – another example of discrimination against poorer countries, in this case South Africa. If UK consumers were told about this kind of thing maybe they would vote with their purses for cheaper goods rather than subsidise Spanish farmers.

The EU’s “average applied tariff” is high for developed economies at 5.3%. In the US it’s 3.5%, it’s less than 3% in Australia and New Zealand, and for Singapore and Hong Kong it’s nil. The EU is clearly protectionist, even Mongolia and Peru have lower average tariffs; we could be better off when we leave and trade will be easier with other countries. Peru’s Trade Minister, Eduardo Ferreyros, says he wants a trade deal with Britain following Brexit; we could be improving our diets by eating more grapes, blueberries, pomegranates and quinoa. The UK is Mongolia’s second largest export market (about a fifth the value of China’s imports of course) but we don’t feature in their top five import sources.

We can’t say for certain that we’ll be “Better Off Out” but it would be within our power to make it so. As the turbulence settles the future should be bright (if not Orange). What threatens us most is not malign EU power but the fearful Remainers here, intent on preventing our independence and so undermining our negotiating strength.