As the year 2018 begins we realise we have written more than 150 posts – some cover the fine detail, others the broad issues. We wish we could encapsulate the debate as it stands today but it is too complex for a single post. Here we start the year with a high level summary of our perspective.

The project started from a fine motive: Let us re-design a fractious continent to end its internecine wars. There is a doubtful and unprovable proposition at the root of the Plan (see Plan v. People): If we can make the continent one country we will end its schisms. In fact the post-war divide has been between East and West, with a second, economic divide between North and South, transcending competition between the old empires, so the proposed solution has been irrelevant at best. (Some see America’s encouragement of the Union as a way to build a bulwark against Russian power, others as verbal support for a non-competitor.) 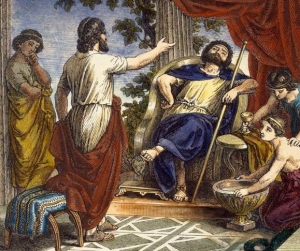 A particular vision of a united Continent emerged after the First World War and was reinforced by the Second. Jean Monnet in the 1920s (and later, Altiero Spinelli) began to formulate plans for gradually merging the “competences” of the separate national governments via a relentless, one-way process of transferring control to a central authority, a putative federal government of Europe. The regime would be run on Platonic lines by ‘philosopher kings’ with eyes on the goal, not swayed by circumstance or popular opinion (after all, the people could scarcely be trusted not to elect future populists, such as Mussolini and Hitler). The plan got going after the Schuman Declaration of 1950, leading to a single authority over French and German coal and steel production, the materials without which modern armaments could not be made. It continued via a sequence of treaties towards “Ever Closer Union”. In practice the EU’s ‘philosopher kings’ are just recycled national politicians.

In addition to the treaties, problems (or crises) are often solved with an eye to the main objective – a federal government for Europe. The EU Parliament has no chance to veto law changes if the Executive decides they are ‘implementing acts’ (as opposed to ‘delegated acts’). The ECJ is specifically mandated to make its judgements according to the spirit of ever closer union. Democracy and law, therefore, are not derived from Magna Carta, Habeus Corpus or the experience of courts but by the diktats of ‘wise men’. This, and ever-increasing centralisation, makes it easier for the project to be captured by leaders and bureaucrats whose interests may not align with those of citizens; many have noticed but they do not have permission to dismiss the autocrats, whose activities clearly put their own interest in high-status jobs with large pensions before any interests of the EU’s citizens. 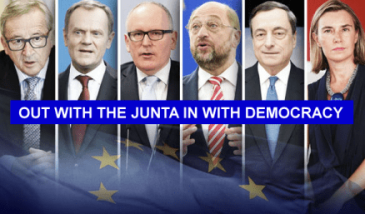 The debate about leaving or remaining in this poorly-designed Union has two main aspects: political and economic. The economic consequences cannot be forecast reliably, other than in specific areas and for the short-term. It is reasonable to argue that the challenges can be overcome with good policies, though these might not be implemented in practice. We believe it is a challenge we must face and it is gutless to seek safety in clinging to what we know, especially when we know the EU is underperforming every other trading block. The economies of member countries are not converging as intended, and the intention is to continue further on its failing path. The political consequences are equally uncertain but we believe are becoming more fractious, not less. 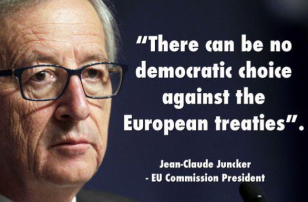 The point is that the EU was designed to bring about a goal (federalism) that has transcended its original purpose (peace); the means have become the end – a Pan-European state. When problems occur the answer is to push the pace towards the goal where all problems are solved – “more Europe”. This is not idealism, it is ideology.