The Conservative Government offers a list of what they want us to believe about their draft withdrawal agreement (now accepted by the European Council but not yet by the UK Parliament). They are trying to steal our support with underhand propaganda.

Below are some comments on a few of their 40 Reasons. We don’t expect them to respond to these, after all they have us voters to persuade, unlike the EU government, which is not accountable to its citizens (see the short video interview of Juncker expressing his unshakeable contempt for Britain and its people: https://www.bbc.com/news/av/uk-politics-46336137/brexit-i-m-never-changing-my-mind-says-juncker).

We assume that they do not expect many UK citizens to read the Draft Agreement and thereby spot the dishonest representation of the UK’s position if it should be implemented. We admit we skimmed a few of the Draft’s 585 pages but have read enough to point up some of the dishonest claims made among their 40 Reasons and thereby to discredit the whole thing, we hope.

Freedom of movement has always been qualified (see Freedom of Movement (1) from December 2017). In practice there will be little change from the UK’s position as a full member.

This makes it clear that the UK will remain bound by EU judgements and will never again have “full control of our money”.

This speaks for itself and flatly contradicts your dishonest claim.

The draft agreement makes it clear that the opposite is true. From Article 4 (p.11)

Strictly speaking of course you are correct, UK governments will make their own laws, which will then be overruled as necessary by EU laws.

Does the Draft Agreement say that explicitly? No, it doesn’t. In fact Article 132-1(c) makes it clear that the UK will still be bound by aspects of the CAP. This is reinforced in Article 8 of Protocols, Annex 4, Part 4, State Aid:

The Joint Committee shall adjust the level of support and percentage referred to in the first subparagraph informed by the design of the United Kingdom’s agricultural support scheme to any variation in the overall amount of support available under the Common Agricultural Policy in the Union in each future Multiannual Financial Framework (page 364, repeated on page 472).

The “United Kingdom shall be consulted” would not conform to many people’s idea of independence. 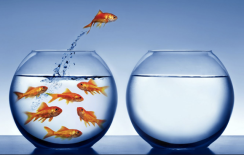 This will be true only if the UK is free at the end of the Implementation Period, which will be at the EU’s discretion because of the backstop clause.

We could continue point-by-point but this is sufficient to show that Tory Party propaganda will not stand up to scrutiny. It exhibits the continuing contempt in which the British public is held by our rulers. But at least we can vote them out occasionally, which is not true of the EU when they treat us, and indeed all their citizens, with comparable contempt.