The European Union is amazingly successful at convincing many that it has been successful – that has been its only major success. This may seem a crass and overblown claim to some but the evidence is strong and we have detailed much of it in previous posts. Lesser achievements did not require an overbearing, supra-national government to impose solutions; willing cooperation was succeeding before the heavy hand of the Berlaymont took over and took the credit.

The founding and most important objective for the Union was peace in Europe; however, if it made any difference whatsoever it was minor, perhaps just an added political bulwark to the defence of the West. And that is the point, the main tension was no longer between exhausted European nations but between the world’s new superpowers. The EU was an attempt to address yesterday’s problem under a theory more often falsified than confirmed by experience (in science a single falsification destroys a theory however many tests may have appeared to confirm it before); the theory was that combining disparate communities under a single authority would eliminate the need, and the temptation, for conflict. Without genuine consent it can lead to civil war, often the bloodiest kind. 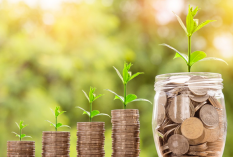 Its next most-important objective was prosperity. Whilst there has been tremendous economic growth since the formation of the EEC (later the EU) it has not matched that of comparable economies, at least not over the last three decades. There was a rapid recovery after the Continent’s devastation of WW2 but that ran out during the seventies, soon after the UK joined. Britain had much lower growth than the EEC6 during their early days but its trend growth-rate did not increase after it joined to form the EEC9 nor later when the EU28 came together (see All our yesterdays: Growth and Prosperity).

There has been collaboration in science but this was already underway within the Council of Europe, founded almost a decade before the EEC/EU with more member states (47) and a larger population (820 million). In any case, scientific cooperation has existed in Europe since Western science began. Funding multinational projects doesn’t require a political union; in practice (we know from personal experience) EU science budgets are another opportunity for large companies with feet already under the table to lobby for cash. They may deign to employ small subcontractors but upstarts and innovators are not favourites for funding. The EU would love to spawn an Apple, Google or other international mega-success but that doesn’t happen by planning, it requires a spirit of enterprise, which the EU lacks. Some large-scale technology companies have been created, such as Airbus, but they are copies (of Boeing in this case) not original, and things like the euro-fighter resulted from inter-governmental cooperation outside EU structures.

It helped its image that the EU stole the Council of Europe’s emblem for its own flag, thereby gaining kudos for human rights developed by the forerunner (see Europe versus EU). Then there’s the Council of Europe Development Bank, the European Directorate for the Quality of Medicines and the European Commission for Democracy through Law (the Venice Convention); all of these, and more, pre-date their EU counterparts but represent a cooperative rather than enforced structure of agreements.

There are further examples of the continent’s nations working closely without the controlling grip of the EU. Here are two: 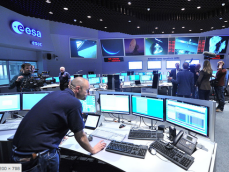 The European Space Agency (ESA) includes Norway and Switzerland, it is independent of the EU though it gets most of its money from Brussels, which is now attempting a power grab. By seeking to exclude the UK from the Galileo project the EU proves that ever closer union is a process of exclusion rather than cooperation; once again the public is misled into believing supra-nationalism implies internationalism.

CERN (the European Organization for Nuclear Research) also predates the EEC/EU and is not an EU body. It includes Israel, Norway and Switzerland with other states having associate and observer status, plus co-operation agreements around the world – that’s the right way to do science!

“One nation under God” may still rally Americans to the flag but “Ever Closer Union” doesn’t inspire many Europeans. Maybe that’s because many sense the sham. They know that Britain can be trusted to maintain human rights without pandering to terrorists, as Cameron had promised but the EU frustrates. They may not know that EU control of clinical trials has slowed the introduction of new cancer-treatment drugs but they won’t be amazed. They probably don’t realise that EU ‘competence’ helped kill dozens in the Grenfell Tower blaze (see Shorties-10: Distributed Culpability); the British Standard for fire-safe cladding panels was merely an option against the mandatory CE standard, which enabled the blanket of fire to envelop the building.