In August 2016, two months after the Referendum and seven months before Parliament agreed by a huge majority to begin the process of withdrawing from the EU, we posted a review of how Brexit was shaping up. It is astonishing how little has changed and how much remains relevant nearly three years on. 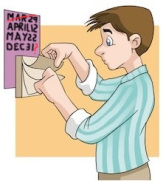 For this post we re-publish our review, with a few comments (in italics) here and there.

It is still too soon after the vote to know the net effects but Prime Minister May appears to be making a promising start to the post-Referendum era. By appointing leading Leave ministers to deal with EU disengagement and putting other issues at the head of her personal agenda she clearly hopes to keep her government united and on top of events.

What has changed is that her defiant early speeches are now directed at Leavers and her own Party members, she has bypassed her own ministers and asked civil servants to lead negotiations, and her popularity has plummeted.

The economic signals are mixed but there’s little sign of the dire consequences predicted by the Treasury and others; until the path ahead becomes clearer uncertainty will naturally create some caution. Of course there are dangers – a huge trade deficit, mad property prices and low productivity – but these are problems EU membership doesn’t help us with. In fact the EU’s own, self-induced problems – bad banks (Italian and German in particular and now French), returning Greek debt and high youth unemployment – represent big risks to Britain. Doubtless the rules will be bent (again) to help Germany; Italian banks may be beyond help. In combination with Brexit might these problems cause a rethink of the treaties? (Such reform is still not on the EU’s agenda.)

On the plus side Britain has high employment, relatively high growth and one of the best rates of business start-ups in the world. Food prices should fall without EU protectionism (to the benefit, at last, of many poorer folk who voted Leave). Risks to the City are offset by escape from further, damaging EU regulation – there was no safe, ‘as you were’ option. Within weeks of the Brexit vote countries from every continent have suggested they want trade deals with the UK.

There are still dismayed EU enthusiasts intent on blocking Brexit. Owen Smith, pretender to the Labour leadership, plans a second referendum to ratify any terms because he believes the public were “clearly misled”. Baroness Whitlock (a Tory peer) wants the unelected House of Lords to stall the process long enough to justify putting it to another referendum or general election. There have been many demanding a re-run with a higher qualification than a simple majority.

While the individuals have changed it seems the hopes and expectations of Remainers haven’t. In 2016 voters had a simple choice but made the ‘wrong’ one because most were too ignorant to understand the issues. Now they are expected to understand the complex details and implications of several alternatives.

These complainers mainly justify their anti-democratic plans because of Leave campaign “lies”, ignoring Remain’s own lies. What did Leave’s £350million/week mean to voters compared to the Treasury’s £4,300/year loss to their families and which was the fairer representation? Could they tell how many of their children could be educated with their share of the £350M, or how many operations their family could get, for example? Might £180M/week have covered it? When it comes to misleading or imaginary numbers used in the Brexit campaign the Treasury’s absurd forecast probably had a more meaningful impact. (See [1] and [2])

Nicola Sturgeon wants to use the Remain majority in Scotland to somehow stay in the EU and as a reason to re-run the independence vote. Whilst 62% of Scots voted to remain only 50% of registered Scottish voters turned out, so less than a third actively wanted to stay. This is far fewer than voted in the Scottish Independence Referendum, something Scots clearly felt more strongly about, and very low compared to the overall UK turnout of 72%. Scotland, London and Northern Ireland, the only regions with a Remain majority, made up three of the four lowest-turnout constituencies.

During the campaign Michael Gove (whatever’s happened to him?) was castigated for remarking that voters had “had enough of experts”, but how did they do in respect of voters’ money? They said interest rates would rise and mortgages would become expensive: they’ve fallen. They said inflation would rise: it hasn’t happened yet, though it may do (and needs to, the BoE’s target is 2% after all.) They said consumer confidence would plummet: retail sales are up. They said the triple lock on pensions would have to go: Mrs May has confirmed it will stay (not necessarily wisely). They said pension pots would fall in value as shares fell: shares have risen. They said the pound would fall: it has, though not as far as forecast, but this is widely regarded as a good thing for the economy overall since the dire state of the Eurozone meant the pound was overvalued.

Michael Gove is now back in the Cabinet and arguing in favour of the awful draft Withdrawal Agreement (sincerely or not, we don’t know).

Worse than these seemingly-random guesses is the serious case of bias at the International Monetary Fund exposed by its own Independent Evaluation Office (IEO). Its report described the IMF’s Euro policy as group-think: “Before the launch of the Euro, the IMF’s public statements tended to emphasise the advantages of the common currency. After a heated internal debate, the view supportive of what was perceived to be Europe’s political project ultimately prevailed.” Unfounded optimism in the single market and shared banking system, the report said, meant the IMF was taken completely by surprise by the 2007 financial crash. The IMF “remained upbeat about the soundness of the EU banking system“, largely due to the IMF’s readiness to take the reassurances of national and Euro-area authorities at face value. The investigators were unable to find vital documents and records during their inspections – of the Greek bailout, for example – raising concerns about the IMF’s legitimacy and operational security.

Managing Director Christine Lagarde, having said Brexit would be “very, very bad” for Britain now admits the Fund “got it wrong” and that UK growth will be second only to the US amongst the G20 nations. The IMF was famous for its ill-founded, anti-Brexit forecasts; voters might have felt more confidence in their decision if they had seen the IEO’s report sooner. As Michael Gove could have put it, there are lies, damned lies and expert economic forecasts.

Expert economic forecasters are still at it, condemning a ‘no-deal’ exit as a catastrophe, with inadequate supporting evidence. However, In 2019 the UK has the lowest unemployment level for a generation, has halved its deficit, plus the economy and wages are growing against a troubled world economic background. Meanwhile Italy is in recession and Germany on the brink with the ECB about to launch more desperate measures [3]. Can you hear the experts proclaiming their mistakes?

Scientists have worried about the effects of leaving the EU on research but the Government has now said it will commit to continuing any funding already agreed under the EU’s Horizon 2020 programme. Since the Royal Society was founded in 1660 and Charles II agreed to provide finance, British science has been at the forefront of global research and attracted a corresponding share of EU grants. Of course we’re only getting our own money back but it amounts to a forced investment in science. CERN and the European Space Agency (ESA) are not EU organisations so are presumably unaffected by our leaving. Research teams in the UK often include members from other countries, the only change is that the best scientists can be recruited just as easily from anywhere in the world without the preference for EU staff.

During the Napoleonic wars Joseph Banks, the great botanist, shared his discoveries with his French colleagues; during the American War of Independence Benjamin Franklin ensured Captain Cook’s expedition was not hindered. European collaboration will surely survive Brexit but it is vital that our scientific heritage and global position are maintained in the long term. Joe Johnson, the Minister for Science and Universities, has promised to look into any alleged cases of discrimination against UK participation in Horizon 2020 programmes whilst we are still funding the EU’s budget. Science is one area where the subtleties of EU disengagement need careful handling.

The Government will also commit to continuing agricultural subsidies so farmers (surprisingly mostly in favour of Brexit [4]) needn’t worry. Some have suggested the money could be spent more wisely outside the CAP framework, especially by paying farmers to protect rather than destroy the natural diversity of the British countryside. The big, corporate farmers (and other big corporations, supported by the CBI) are the ones getting the headlines, at least from the Remainer press.

After the UK abandoned Commonwealth Preference to join the EEC the New Zealand government offered subsidies to assist its farmers and by the early 1980s this provided some farmers with 40% of their income. Later this proved hideously expensive for the struggling NZ economy and in 1984 the Labour Government introduced reforms. With the removal of subsidies agricultural practices became driven by the demands of consumers, not by efforts to maximize the receipt of subsidies. More efficient agricultural production has also spurred better environmental management; cutting subsidies has reduced the overuse of fertilizer, for example. Agriculture remains the lifeblood of New Zealand’s economy. There are still more sheep and cows than people, their meat, milk and wool provide the country with its biggest source of export earnings. Most farms are still owned by families, but their incomes have recovered and output has soared. Farming is not a small part of the economy as it is in the UK, it is the nation’s largest, most important sector. New Zealand, like Singapore and Hong Kong, thrives whilst being totally exposed to international markets, without subsidies, tax concessions, price supports and tariffs. These are smaller and different economies from ours and may not be strictly comparable but the lessons are worth studying.

10 thoughts on “Remains of the Fray”