Are the EU’s data privacy laws so heavy-handed that they inhibit innovation, especially by small or start-up enterprises?

Did you want another reminder that you’re being watched? To be honest we don’t know anything more about you now you’re here but the folk at WordPress might.

Whenever you visit a new website today there’s an extra click to get going. Well, everyone has a right to know they’re being tracked, that if they return their previous visit may have been recorded so they won’t have to go through the same rigmarole as last time, or maybe so the company behind the site can plague you with messages you don’t want, or some other perverse and unwelcome intrusion into your web-life.

So how has the EU’s General Data Protection law (GDPR) helped its citizens? It’s made them safer and better-informed about what’s going on under the hood, right? At least you’ll know what they’re up to, not that they’ll typically explain what cookies they’ll use but if you want to get any further you’ll have to agree. So you’ll just click OK and risk the spam anyway, otherwise you might as well sell your laptop, tablet and smartphone. 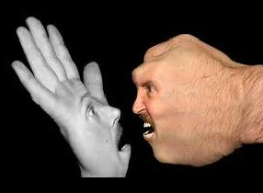 Well-intentioned possibly, but heavy-handed as usual, and expensive. It makes things harder for technology challengers and, just like so much EU over-regulation, scarcely weakens the big boys, especially since they’re mainly American anyway and less affected than their European rivals (what rivals?) New tech companies have hardly flourished in the EU. If it was only this irritating but slight inconvenience to users, and our data was now extremely safe, it might be worth the bother, however the rules (and the penalties) go way beyond this and have significantly deterred investment. [1]

It is common for the lead regulatory role to be given to the EU country regarded as having the keenest interest and expertise in the relevant sector. Ireland is the lead regulator and has yet to take enforcement action against any big-tech company, hardly surprising since it has so actively enticed them to set up their EU operations there.

Over-regulation is a persistent problem with the EU bureaucracy. [2] Bendy bananas and curved cucumbers became a popular joke that caused the authorities to relent but damage to competition and innovation is real in many cases, from farming (pesticides) to finance (MiFiD II, see Basket Cases). We discussed more instances in Regulation, Regulation, Regulation that affected consumers products such as kettles and vacuum cleaners. Consumers are supposed to be consulted about such things, but who do they consult? [3] We’ve never been asked, we don’t know anyone who has and there are certainly cases where no Britons were consulted even though they are affected as much as anyone.

By lobbying or filling posts on the standards-setting bodies dominant manufacturers can manipulate markets to fend off challengers; in All our yesterdays: Growth and Prosperity we showed how home-heating boiler efficiency ratings were absurdly defined for this reason. Such distortions costs consumers and the environment.

Some regulations are actually dangerous, such as this (taken from our post Shorties-10: Distributed Culpability). In his blog EUReferendum.com Dr Richard North has a series of posts examining the relevance of EU standards to the cause of the disastrous fire at Grenfell Tower in London on June 15. He has been able to trace back the origin of the standard that permitted an inflammable thermal insulation material to be used to cover the building. The local managing agent was obliged to insulate the tower block under pressure to meet the EU’s energy commitments.

The problem is that the testing regime specified by EU regulations is weaker than that recommended to the UK government under BS4814 but, by EU diktat, the British standard could not be implemented as it would have conflicted with the EU standard. That is not permitted, in the interests of unity. The best material for insulation could not be combined with a suitable regime for fire safety.

[2] Definition (from The UK in a Changing Europe: https://ukandeu.ac.uk/fact-figures/what-are-eu-regulations/):

“An EU regulation is a legal act which applies directly at the national level. This means that when a regulation is approved at the EU level and enters into force it becomes directly and immediately applicable within the countries of the EU. Countries do not need to create their own legislation to bring this EU legal act into force.

“It also means that if a regulation confers rights upon individuals, then those rights can be asserted with respect to third parties and enforced in national courts.”