The idea for a union that would bring peace, cooperation and prosperity to Europe was a great one but the present EU plan and structure has brought none of these things.

When we were young we believed in ‘enlightened’ political theories, since then we have taken better notice of what was revealed during The Enlightenment period in Europe – that ideas are a starting point but evidence is the test of their validity. We now believe that outcomes matter more than high-minded ideals. Even a good theory is never the final word, it takes only one contradictory fact to require that the theory be modified or abandoned.

The idea for a union that would bring peace, cooperation and prosperity to Europe was a great one but the present EU plan and structure has brought none of these things (see Brexit: A Brief Summary). The EU is also wedded to a theory that has seen numerous refutations – that political unions necessarily settle fractious rivalry between groups. They rarely do, and only where there is a strong willingness to be bonded together. There is good reason to believe that a majority of EU citizens would like to see its promised outcomes achieved and many have been fooled into believing that these are being delivered; scarcely any are, none that are of the greatest importance and few, if any, that require the heavy hand of Brussels bureaucracy.

We believe that the EU has only one sacrosanct objective, ever closer union (see Ever Closer Union), which in practice means greater control and centralisation of power. The biggest step towards this has been monetary union and it has trapped millions in unemployment, debt and hopelessness; some have benefited but economic convergence and greater wealth for all were the supposed, or rather the pretended, objectives.

Let’s review the EU’s key objectives and how they have fared.

Peace? Job done, Europe hasn’t started a world war for 80 years; it couldn’t now if it tried, the world order has changed. Europe’s nations can’t repeat the trick even if they start knocking seven bells out of each other; the world-wide repercussions of the great 20th century conflagrations were the result of global empires, now long gone.

Saving the planet might seem like the next top job but though the talk is fine few member countries are leading the way. Germany leads in most EU matters but not in this, it is dependant on the filthiest coal (lignite) while the UK is way ahead in energy conversion, some days managing to burn no coal at all. We don’t need Brussels breathing down our necks so why is the Green Party so massively keen on windbags as well as windmills?

What’s next on the list, prosperity? Cracked that too – we’re all richer than we were in 1957, 1973 or whenever we joined the Union. However, economic growth has been relatively lacklustre for three or four decades (see Did the EU Bring Us Growth?) and Italy, for example, has had almost no growth since the start of the millennium. It’s their own fault say the lucky ones, how are we supposed to help if they won’t help themselves? (Italy Missing the Target) Wealth transfers between regions happen in the UK and USA without much complaint, as befits successful unions.

How about reaching out to the rest of the world, especially its poorest? Yes, the EU has an aid program, to which the UK is a major contributor; in fact the UK is second only to the far bigger USA in foreign aid. Again, we don’t need Brussels to urge our generosity but the hypocrisy there is shown by the facts of the EU’s trading practices, designed to keep other nations at a disadvantage in its market with its Customs Union tariffs on food, clothing and value-added products. The Single Market may promote frictionless trade internally (though not in services where Britain is much more successful than the rest, especially outside the Union) but its regulatory barriers are highly protectionist (see Virtue is its own reward, but for whom?). No other trading region has copied this and no comparable ones have lower growth.

Cultural and scientific cooperation together with trade may promote friendly relations and mutual advances but don’t require political union. All the achievements could have been continued under the cooperative system of the Council of Europe (see An Alternative for Europe), but the EU has effectively stolen its clothes.

The EU doesn’t work for Britain and never has. For most other countries the EU is far from perfect but they have known worse governments, either imposed externally (Poland, Hungary), or internally (Spain, Portugal), or have been defeated (Italy, Germany) or invaded (France, Denmark), and some have suffered all of the above (Greece); some countries are net recipients of EU funding. Such countries have a greater reluctance to abandon the project, though that is changing. The majority have legal systems more conformant with the Continental norm whilst ours is undermined despite English Law being preferred for its independence (see The World’s Favourite Law). 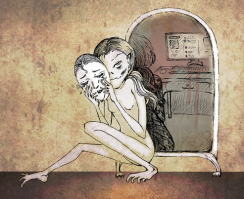 There may be evidence we’ve missed that shows a fairer face of the EU but its failures are plain enough to those who look. There are many who are uncomfortable with the faults but believe they can be corrected; the high command is determined to maintain the course however (see Aspirations and Outcomes).

There are clear reasons, therefore, for leaving the EU but in the Brexit debate most of the arguments given for staying are negative ones – fear of what may (proponents say will) happen if the UK leaves. Much of this is exaggeration and the same doom-sayers have been found out several times before – leaving the ERM, not joining the Eurozone, voting to leave the Union – and almost none of it happened. Our current leaders don’t inspire confidence but we believe it is the EU that is most likely to be doomed (see Collapse 1 and 2) and the UK has stronger prospects if better-connected to the rest of the world. We need the courage to leave and the will to succeed.

For a more detailed demolition of the EU obfuscation, see our Aspirations and Outcomes.