The UK Government insists that it will not extend the Transition Period during which we remain tethered by EU laws and regulations beyond 2020, despite the time lost for agreeing a deal due to covid-19. The Commission says it is willing to accept an extension, the IMF says we must extend and there will be plenty in Parliament and elsewhere insisting that the negotiations cannot now be completed in what was already an almost impossible time frame. What will and should happen?

Nobody can answer the ‘what’ question, however determined the Government is now it may lose the authority or the nerve to take further risks with the economy. It would certainly be possible to have a makeshift agreement to minimise disruption if both parties were willing and this would be permitted under WTO rules. Its track record suggests the EU will remain intransigent for as long as it can but it too will be facing further economic damage if it interferes in trade with such a major ‘partner’.

Trade with the EU will be relatively low as a consequence of the pandemic so the disruption will be reduced. Businesses will have been planning how to reconfigure their supply chains or have done so already; some production must be repatriated, some must be from where the best value, quality or security can be found; if dependency were re-established under Single Market (SM) regulations separation will become tougher again.

To accommodate what its members have done in practice with borders, state aid and SM rules the EU relaxed its rules but presumably will want to restore them, or else what were they for? We have seen that we cannot rely on EU countries in times or crisis so we must be free to ensure we can produce our own PPE and other essentials. This lesson will have been learnt by the remaining members so SM rules are likely to be ignored if they are not changed. It is possible that this crisis will transform the Union into something we could live with, it is unlikely that such a transformation would come soon enough but we might consider rejoining a freer structure, once we were convinced. In the meantime we must be able to do ‘whatever it takes’ to get back on our own feet. Some (like the IMF) argue that extending the Transition might alleviate industry uncertainty generated by coronavirus but that would mean not knowing what to do, or by when; in other words it would not alleviate uncertainty. 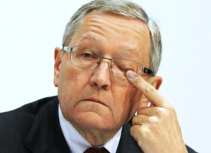 The next big factor is cost. The Managing Director of the European Stability Mechanism, Klaus Regling, says at least another €500 billion will be needed to address the pandemic but that it is simplest to use existing mechanisms – obviously, it takes far too long to agree new ones. The next EU budget period starts in 2021 and the Commission is pitching for a rise; if the UK remains in transition limbo it will have to contribute more.

The European Investment Bank (EIB) is sure to be used to fund national recoveries but the money won’t be invested in UK projects because without treaty change it can’t be a member of the EIB if it is not a member of the EU, and transition doesn’t count as membership. The EIB already has £7 billion of funds from the UK, which is also liable for a much larger amount of ‘callable capital’ (money needed if the EIB suffered losses on loans agreed before leaving which it couldn’t cover from its reserves). The chances of defaults must now be pretty high and the reserves will be stretched.

The majority of the UK public has been sceptical of the EU, as shown by the Referendum and the election of Boris Johnson’s government. That scepticism is unlikely to diminish given the behaviour of the Union and its members during the pandemic so we hope the Government will keep its nerve and its resolve to leave. Perhaps the greatest risk is that confidence in the Government falls even further than for the EU and a less resolute administration takes over.