Until its citizens voted to leave, the UK headed the awkward squad of countries that were uncomfortable within the EU. Has the Netherlands reluctantly assumed the role? 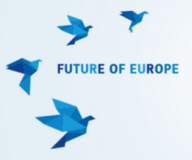 In June 2016, just before the British referendum, we quoted from an article in The Guardian newspaper, which suggested that citizens of the EU shared “a deep loss of faith in the competence and trustworthiness of traditional elites … When those same elites then implore their voters to trust them on the EU, the euro and immigration, many voters now think twice.” [1]

They then asked the crucial question that we have spent many posts answering: “What if the European project is an edifice with fatally flawed foundations?”

Now that the UK has withdrawn from the project the Dutch government is accused of taking over the British role of questioning the EU when it appears to stray from the ‘righteous’ path that it has chosen, declaring that its member states and aspiring members must follow the path according to its Treaties. The EU doesn’t apply its requirements quite so strictly to itself, nor has it got an effective answer when members choose to stray.

The recent ‘successful’ conclusion reached by EU leaders to the challenge of agreeing a budget for the next period, which includes a so-called ‘recovery package’ for states badly effected by the covid-19 pandemic includes elements that, until now, the Dutch government has resisted, notably grants to EU members and a relaxed approach to maintaining economic discipline among those who are to receive such grants. 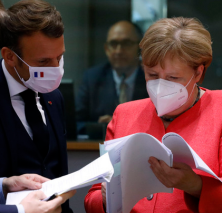 As usual, to reach a compromise the EU had to agree a price; in particular that the Dutch and other previously firm stand-outs against grants should continue to receive their rebates from the budget. And clear proposals to link the EU funding to real respect for the rule of law were diluted in the resultant package.

Although the supplement to the budget (€390bn in grants and €360bn in loans) is intended to provide support for member countries that have suffered most from the pandemic, the money will not be available before next year, and then will be doled out over a period of further years, so it is unlikely to be sufficient to rescue already weak economies further weakened by the damage caused by locking down much of what remained of economic activity.

The funding is an order of magnitude less than federal unions like the UK and US transfer between richer and poorer parts and doesn’t start when it’s needed to address the current covid crisis. That is being left to the ECB’s bond purchases, which also rest on the shoulders of Dutch and other citizens who may not yet understand how it may affect them.

We wonder how Dutch and other EU citizens will react to the apparent climb-down by their elected leaders. After all, their tax-payers will be expected to pay for the grants and loans, over several years, and may reasonably doubt that the loans will ever be repaid. Or if they are repaid, at what cost will it be to the citizens of the receiving countries? We recall what happened to Greeks whose government gave in to the pressure from EU heavyweights to apply costly austerity packages when they were ‘rescued’ by the EU.

Given its history of ideological dedication to the underlying (if weakly disguised) federal ambition, we cannot trust the EU to be even a little bit dedicated to the needs of its citizens. Instead we expect the EU to move even faster to qualified majority voting (QMV) to overcome the annoying disability of individual country vetoes. Thus, since the federal government cannot be replaced by democratic means – through any votes by its citizens – what we expect to see is further totalitarian encroachment into the minutiae of democratic government workings as the EU continues on its chosen path to full autocracy. 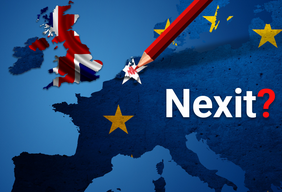 British citizens were not sufficiently taken in by EU propaganda to want to remain in the project. Perhaps the Dutch will be the next to rebel, if given the chance. Or will it be from another direction, as citizens of Hungary are led into rebellion by leaders who object to the extension of QMV and the consequent loss of current veto rights?