“What this country needs is a benign dictatorship”

Senior British judges are starting to resist the overweening pressure from the EU’s courts to impose a different tradition of law on the UK and bulldoze us into submission. The judges expose a major flaw in the EU, which will contribute to its eventual collapse.

The East African Community is a recent single market. It works and they have good relations with the EU. However, they are discussing a single currency and greater political union, which researchers warn them against.

In June 2015 the presidents of the five major divisions of the European Union, led by Jean-Claude Juncker, the President of the European Commission, published their report, titled Completing Europe’s Economic and Monetary Union.

In these three consecutive posts we take a detailed and critical look into the report – the ‘5PR’ as we shall call it for short.

Picking up the details of our critique, this post looks at the five main sections of the Five Presidents Report.

In this, third of three, posts commenting on the Five Presidents Report, we conclude that the Report provides much evidence in support of our case for Brexit. To balance this a little we offer links to other sites that have commented on the report. 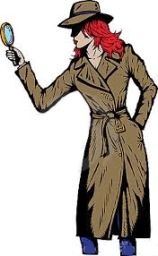 Some revealing quotations from the President of the European Commission, with comments.

The President again, with more revealing opinions on the State of the Union. To comment this time would spoil the revelation.

He’s not keen on countries that desert the EU. And his PR skills remain limited.