NASA is hoping to land astronauts on Mars by around 2030. Previous rover vehicles (and Britain’s own, crashed, Beagle 2 spacecraft), having been sent to check the planet for life forms, ar

oused the curiosity of its native inhabitants. A Martian delegation recently visited Earth under a UN-sponsored, “extra-terrestrial, cooperation and development” accord (ET-CAD).

Their economists are envious of the state of development of our planet compared with their own and were searching for lessons on how to invigorate the Martian economy. They couldn’t stay long because the survival suits protecting them from our lethal atmosphere are costly to run and the citizens at home are suspicious that their leaders enjoy these luxury jaunts at their expense, so the trip was hushed up. The Martian ambassadors only had time to examine some major trading groups on Earth for examples of best practice.

First they visited NAFTA. The goal of NAFTA is to eliminate barriers to trade and investment between the USA, Canada and Mexico. The implementation of NAFTA brought the immediate elimination of tariffs on more than one-half of Mexico’s exports to the US and more than one-third of US exports to Mexico. NAFTA’s effects, both positive and negative, have been quantified by several economists, whose findings have been reported by the World Bank and were eagerly studied by the Martians.

Next the Martians met ASEAN representatives. The Association of South-East Asian Nations has developed the ‘ASEAN Way’, which is an approach to issues that respects the cultural norms of Southeast Asia. The ten nations have worked out a style that is informal and personal; policy-makers use compromise, consensus, and consultation in the informal decision-making processes. Decision making by consensus requires members to see eye-to-eye before ASEAN can move forward on an issue and this was familiar to the Martian delegation. 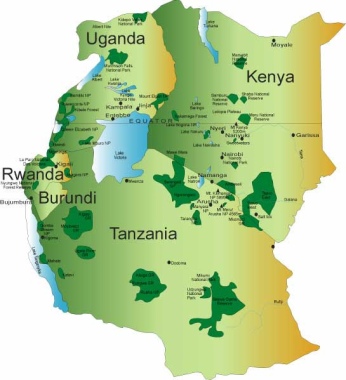 Stopping briefly on their travel from Asia to Europe, the Martians just had time to meet leaders of the East African Community (EAC), a small common market of six neighbouring countries set up in 2010. They discussed research by the International Growth Centre which highlights the economic benefits and the absence of political motives but warns against the dangers of creating a common currency. These economies move out of sync with each other but use exchange rates to absorb the shocks; a single currency would mean that wages and employment would have to do the work, like in Greece.

Finally the Martian ambassadors were proudly welcomed by all five EU Presidents. The Presidents explained how their project goes far beyond the modest trading ambitions of NAFTA, ASEAN and the EAC. They described the wonderful achievements of the project so far: national economies have prospered (except for a few temporary hiccoughs) and they’ve abolished war, ensuring all citizens live in total harmony. Most EU citizens, they said, are proud to be Europeans first and renounce nationalism. They did admit they have a few renegades to deal with – actually quite a few in one of the more dismal, offshore regions. However, once that’s settled normal progress will be resumed and they will continue their plans for ever-deeper integration.

The ambassadors were impressed and eager to see how things were going at present. However, they were disappointed to note the high levels of unemployment, especially amongst young humans, and that a few countries seemed on the brink of economic collapse. They asked the Presidents why growth in the EU had been persistently lower than in Earth’s other regions for several decades but were assured that the plans would work when everyone had accepted full EU control of the means of production, distribution and exchange, with the same laws and regulations applying

On their return to Mars the ambassadors took with them copies of the various economic forecasts made by global and other Earth-based organisations. They promised to provide their own evaluation to our astronaut representatives when they make their return visit, it will be fascinating to see how they compare with the facts at that time.