Beware the cold-eyed lizards in the Treasury with their one-dimensional models (which haven’t worked well so far). The job of the Treasury is narrow and focused on the economy, and particularly on those who benefit from it. They are likely therefore to make decisions that protect, and perhaps enhance, the interests of the economy’s main beneficiaries. Left to themselves the Treasury will preserve any gap between those who are satisfied with the way things are and those who are not. Not deliberately, of course, but because it’s not their job to remedy any such gap.

But are we safe in the hands of the three Cavaliers in charge of Brexit? Or should that be the three bears: hard Brexit, soft Brexit and just-right Brexit? And which is which? Is there a forum in which voters can express a more nuanced opinion than Leave or Remain, now that the simplistic decision has been made and we all need to engage with the more complex task of how to benefit from leaving?

The fact of Brexit is less important now than the manner of Brexit. Whether the outcome of leaving the EU is good or bad for Britain depends on how the process is managed, and the competence of those who manage it, in Britain and in Europe, as well as elsewhere, will be critical.

Remainers are now going to law to see if they can get the decision on triggering Article 50 returned to Parliament rather than left with the Government. But where does that get things? If Parliament were to accept the Government’s recommendation then nothing is changed. If they reject it then they are explicitly contradicting the result of the referendum. And that, of course, is the point. But do the remainers really believe that Parliament will refuse to trigger Article 50 and that this will keep Britain in the EU? Or is it just a piece of adolescent obstructionism, which the Government seems to have got over?

We need to remind remainers of the point they have missed: it is important that Britain should leave because the EU is set to fail. Its underlying aims are now seen as inimical by majorities in most European countries but its ‘progress’ has been deliberately designed to be irreversible. The aim of the EU is to become a super-state, governing its member states. The leaders do not want to remind us of this because to declare it would be too risky; this is not an aim that majorities of citizens could be expected to support. Not that opposition carries any legal weight.

Legislative irreversibility and the dissolution of democracy are the two main means by which incremental progress is to be achieved. Progress has not been straight nor has it been consistently forward. Setbacks occur and may be misread by enthusiasts as thoughtful reversals, (for example the French, Irish and Danish voters’ rejections of proposed treaty changes). They are not; they are usually tactical withdrawals designed to ensure that progress can be continued with sufficient support from those in power who, whether or not they desire a federal Europe, believe that they benefit from the process. Many people are willing to believe in the declared goal, of economic growth 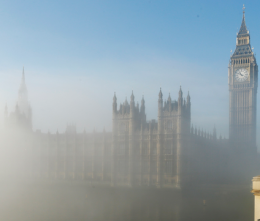 benefiting all, and choose not to notice that the EU is not achieving this but is progressing fitfully towards its true goal of becoming a super-state. This lack of clarity will cloud the Brexit negotiations.

It needs to be said that this is not simply the EU versus the nations; many of our nations’ leaders would welcome handing their onerous responsibilities to a higher power and then joining it at a senior level to escape from the periodic nuisance of having to get re-elected, and the risk of not doing so. And it’s not just politicians; leaders of large commercial companies may see a super-state as a smoother and more manageable place to make a profit.

Where is the EU going?

Is the super-state ideology about to fracture in the face of rising popular discontent? How will the fractures in the foundations of the EU be resolved, if at all?

The fractures derive from its ideology. The leaders of the EU show no sign that they may be willing to concede the central goal of the project; the federal super-state. Few, if any, national leaders seem to be willing to challenge the ideology. Indeed many remain committed to it. 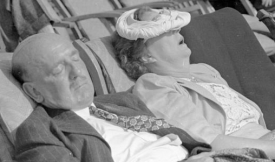 Few, if any, of the committed (e.g. Remainers in Britain) seem concerned that a majority of EU citizens would not accept the federalist goal. Do they not know this? Do they not care? Do they assume that the EU will be able to impose its ideology, overcoming any and all opposition?

If the EU’s mandarins won’t come clean, then it’s up to others to point out the ideology. Our pollsters could help, with something along the lines of this poll question: “Do you wish the EU to become a federal state, with powers overriding those of the constituent states?” (As, for example, the USA, but without the right to elect the federal government and the president.) However they phrased such a question it is unlikely that it would win majority assent. No doubt that is why it won’t be asked.