Louis Rouanet has an interesting article on the website of the Mises Institute here.

“What is Europe? It seems that no rigorous answer can be provided. Europe is not exactly a continent. It is not a political entity. It is not a united people….Europe has no founding fathers. Its birth was not orchestrated but completely spontaneous. Its develo 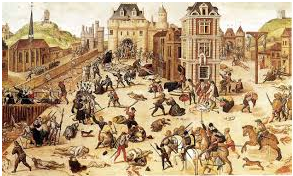 pment was not imposed by armies and governments but was the voluntary product of clerics, merchants, serfs, and intellectuals who were seeking to interact freely with each other. Europeans were united by their freedoms and divided by their governments. In other words, Europe was built against States and their arbitrary restrictions, not by them.”

From this Rouanet infers that Europe was the region in which institutions first evolved that delivered personal liberty, notably by enabling people who felt oppressed by local laws or taxes to move “down the road” to a different, more liberal jurisdiction nearby. Europe achieved this by remaining decentralised, obliging local rulers to restrain their powers.

“Europe was where the road to freedom began. It was in Europe that the values of individualism, liberalism, and autonomy rose from history and gave humanity a sense of progress that no civilization had ever experienced to such an extent before.” 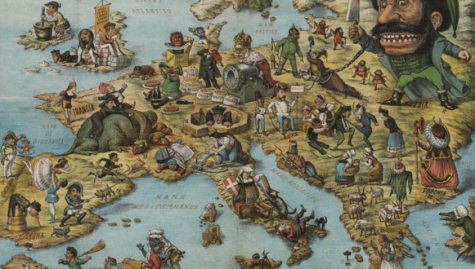 However, the aggregation of small statelets into larger nations was accompanied by the loss of the values and freedoms that decentralised powers enabled and permitted. The European Union is the most recent development of this process.

“Contrary to what is often said, the European Union has nothing to do with peace, freedom, free trade, free capital and migration movement, cooperation, or stability. All this can very well be provided in a decentralized system. The European Union is nothing more than a cartel of governments that tries to gain power by harmonizing the fiscal and regulatory legislation in every member State.”

Rouanet cites other articles from the Treaty of Rome to conclude that the EU is hostile to the unique traditions that distinguish European history from all other regions. Above all it is antagonistic to the freedom of each individual to conduct his or her business in the most suitable way.

“Indeed, it is often forgotten that among other things, the Treaty of Rome created a “European Investment Bank,” a “European Social Fund,” the highly protectionist “common agricultural policy,” the “common transport policy,” and reinforced European anti-trust legislation. Therefore, it created institutions that could easily expand their regulatory power in the future, and that is exactly what they did.”

Rouanet, who is Austrian, as was von Mises, cites Hayek, another Austrian who, in 1946, published an article entitled “Individualism: True and False” which distinguishes spontaneous, evolutionary progress from top-down, planned development.

“False Europeanists believe that the only alternative is between Nation States and the European Union. Their defense of a centralized European political entity is based on the erroneous idea that political centralization is positively linked to the process of civilization because society, law, markets, prosperity, and the “European spirit” ought to be designed by rulers.”

He concludes by hoping that Britons will vote to leave the EU (his article was written before the referendum).

“Historically, Britain played a major role in the maintenance of a fairly decentralized European order. Whether it was with Napoleonic France, or the German 2nd Reich, or Nazi Germany, it has always been Britain that ultimately helped to break up the hegemonic endeavors of empires on continental Europe. The question is, then, will Britain play its historical role this summer against the imperialistic European Union?”

We should point out that the Mises Institute represents a quite extreme view of libertarianism, which argues that nation states should be dissolved as well as the EU. It is unlikely that Roua

net would win much support for his view that, “the European miracle can be revived only through extreme political decentralization.”

This too amounts to an ideology, based on the narrow interests of the “merchant classes”. But we’ll leave him with the last word, and readers to draw their own conclusions.

“Insofar as it is controlled or directed by a monolithic and central political authority or by bellicose Nation-States, Europe is limited by the inability of Europeans to escape the arbitrary restrictions of their governments.”