Tomas Prouza, state secretary for European affairs for the Czech Republic, has an article in the EUobservers website, which takes a lead from the recent Commission White Paper.

The article closely echoes some of the text of the White Paper but also makes some points that raise fresh questions.

The author explains that the initial motive for the Czech Republic to apply to join the EU (and NATO) was to safeguard political, social and economic transformation and to join a stable, secure and prosperous union after the restoration of democracy in 1989.

“Becoming a member of the EU was our strategic choice that has brought us many privileges we would hardly have seen if we had remained an independent player.”

“We expect – and we will strongly support – that this summit [in Rome, March 25-26] will confirm the unity and cohesion of the member states, as well as the willingness to continue to follow the path on which we embarked 60 years ago.”

“At the same time, it should also send a strong message about the EU’s main priorities, including specific measures which will allow us to deliver tangible results.”

As in the White Paper, this carries t

he implication that delivering tangible results will refresh the EU’s agenda and make it more plausible. What is missing is an acknowledgement that this has been the published agenda for 60 years, and it hasn’t been working well for years, if it ever really did.

He then complains that the EU has become the scapegoat for domestic problems in the member states and “almost nobody seems to care enough to speak up for the European institutions or the Union as a whole.”

This is very close to the complaints regularly voiced by Jean-Claude Juncker, not least in his State of the Union presentation to the European Parliament last September (see also our post More on the White Paper, particularly the Background section for quotes from J-C).

“It is crucial to constantly remind the public of and emphasise the importance of European cooperation and its results, and clearly demonstrate that we are gradually managing all of the problems.”

This is something one might write on an application for a job with the EU in Brussels; it has no bearing on reality. He doesn’t list any results or explain why the problems appear to be getting worse if “we are gradually managing” all of them. 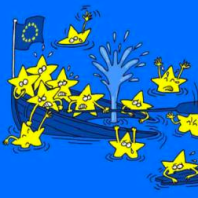 He then repeats the marketing pitch from the White Paper and concludes with a rather easy challenge:

“We should ask those who cast doubt on the EU and its benefits – what is your alternative outside of a united Europe?”

To which a quick answer would be, a European community focused on delivering benefits for its citizens. Many such communities might be possible, all without the debilitating ideology that is currently holding back practical outcomes. And a return challenge: “What united Europe?”

He believes that “we have enough tools at our disposal to achieve the necessary changes.” But he doesn’t tell us what these tools are or why they haven’t worked so far. The impression he gives, like so many pro-EUers, is that he is parroting from a marketing script and hasn’t thought through his claims.

There’s more of the same:

“Rather than engaging in endless debates about radical reforms with uncertain outcomes, we should make use

of the existing legal framework in such a way to allow us to meet the expectations of our citizens.”

Where are these endless debates held? What outcomes are certain without radical reform? Why isn’t the EU making such use of the existing legal framework now? What are the expectations of “our” citizens that the EU has not met so far?

And it gets worse:

“Now it is high time to drop this narrative of a Union in a state of permanent crisis management. This interpretation is clearly wrong and only creates problems for the self-esteem of European citizens.”

Ironically, the founders of the Union, and its present leaders, often argue that the EU is at its best when having to deal with crises. There are few periods in its history when there have been as many crises to face, though the leaders, with their heads in the clouds, have every confidence that they will be able to ride them out. However, trying to deceive the public, as the White Paper does, and covering every event with marketing spin, may suggest that confidence is not very deep.

And could he mean ‘self-confidence’ rather than “self-esteem of European citizens”?

We would agree with the next claim, even if we do doubt that they are capable of doing it:

“Restoring the confidence of people in the EU is our primary task. To achieve this, the Union must respond quickly and effectively to the needs and concerns of its citizens.” When will they start?

And then Prouza repeats the slogan-like mantra, as in a daze, that this can only be achieved by pressing on with “further integration” and “social and economic convergence”. These people never explain why they believe that integration and convergence can bring about desirable results. What is needed is continuous renewal with fresh ideas to address failures and new challenges; this cannot be done by eliminating all differences according to a preconceived plan.

He reaches a pitch of absurdity when he says that we must stand up to those “who would like to replace democracy with the autocratic rule of a single man.”

We would like to replace the autocratic rule of a singular ideology with democracy.