The EU treaties are now in effect its constitution (although rejected by French and Dutch voters the constitution written by Giscard D-Estaing’s committee was incorporated almost word-for-word under the Lisbon Treaty in 2007). This includes financial policies – that’s practically unheard of in comparable countries’ laws. For the eurozone they enshrine German priorities, so its citizens can’t choose to be ruled on Keynesian principles (spending public money when the private sector won’t invest, for example, to counter depressions) or

to adopt Hayek/Friedman liberalism. The treaties can only be changed by unanimous agreement of all participating countries, hence Germany can enforce its ultra-conservative policies, regardless of the harm it may (and does) do to others. For example, the European Central Bank (ECB) is mandated to manage debt but not unemployment, which is consistently high (average 10% but 25 – 40% amongst the young in many countries). In normal democracies the people decide what matters most to them.

The influence of member countries is not equal. Germany, the biggest payer but also the greatest beneficiary, gets excused from treaty obligations that others are forced to endure. France also exercise 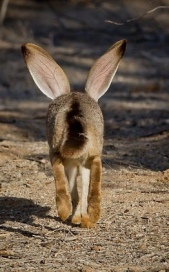 s undue influence. For example, both have flouted the Growth and Stability Pact when it suited them. Meanwhile the protection new joiners sought has been revealed as far weaker than they expected, as shown by Crimea/East Ukraine and the unwillingness of members, other than France and soon-to-depart UK, to defend Europe.

EU citizens who had currencies like the lira, drachma, escudo, peso and others were delighted to have ersatz deutschmarks in their wallets instead. But it has been a disaster for many of them, especially the younger ones.

The world’s economy cannot stay the same (with central banks creating money and holding interest rates around zero percent); therefore it will change. The Eurozone is ill-suited to survive these changes; Britain, as a non-member, wil

l scarcely be considered if it is eventually redesigned but will be profoundly affected by how the new EMU works. We may have voted to plunge into a risky and unknown future but it was also risky and unknowable if we remained. Economists are clever but they cannot reliably forecast events, as recent attempts have proved. It is a matter of opinion (not fact) which is the safer course.

The EU has raised its exit bill to 100 million euros, which includes 10 million euros for our pensions liabilities. Any such invoice needs to be checked so our auditors must ask for the names and amounts due to every British citizen entitled to an EU pension. This would surely be published under a Freedom of Information request and the listed beneficiaries would then need to hide their heads in shame at the bounty they have extracted from taxpayers. It would open a few more eyes to the reason why EU servants want to hang on to this wonderful 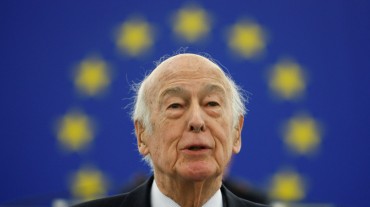 project at any cost. Where’s Phillip Green when we need him? Actually the figure is probably invented, like most EU financial accounts. But Giscard’s pension is OK, Jack.

An appropriate response to the EU’s demand for billions and billions of euros to even begin talks would be to answer or signal with two letters or two digits. It’s tempting, but perhaps at least one side should behave like adults and it won’t be Junker and his mates. Probably the Commission will soon be ignored and national leaders will decide the EU’s position, especially the German ones, whoever they are by then. 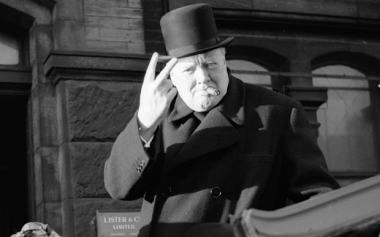 Without effective reform, which means dumping the federalist ideology first, opposition to the EU will grow towards the centre from the extremes, like dry rot. Poland and Hungary have already become illiberal, eurosceptic regimes and strong opposition from a similar direction is evident in France, Germany, Denmark, Sweden and the Netherlands, not to mention the now-irrelevant UKIP. Each of these nativist movements is based on an ideology, which have similarities but are barely compatible.

Marine Le Pen, Geert Wilders and Brexit didn’t emerge from nowhere with no reason; they are a product of the European Union, whose leaders refuse to acknowledge the damage they are doing to the worthy cause of a European community by sticking rigidly to their federalist ideology and by exhibiting their disdain for national electorates and the governments they can, and do, reject. Not to mention the would-be government they will not be able to dismiss.

In our blog we cover these issues in some detail and explain why increasing numbers of EU citizens are rejecting the ill-disguised agenda for completing the Union. While we don’t like 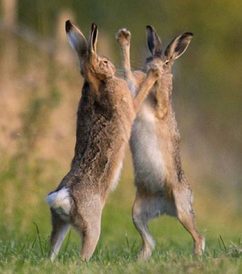 some of the company we keep, that company has arisen to express, and to exploit, the inchoate feelings of disconnection that the EU project generates among its peoples.

Until those who are eager to see a more united Europe recognise that in backing the EU they are taking Europe in the wrong direction, there will be no intelligent alternative to the EU being proposed.

Peace in their time

Those that argue (as the Nobel Peace Prize committee did in 2012) that the EU has ensured peace in Europe do so on the basis of correlation rather than causation. In science correlation is only a starting point for an investigation. The situation following the Second World War is very different from that following the First. Instead of another Versailles Treaty we had the Marshall Plan, providing economic support instead of punishing reparations. The UN has wider (if not very deep) support and can deploy peacekeeping troops, whereas the League of Nations was mostly a club for the victors, which the USA didn’t even join. Then there’s the WTO (previously GATT) which has opened countries to each others’ influence and moderated disputes. NATO (and perhaps the War 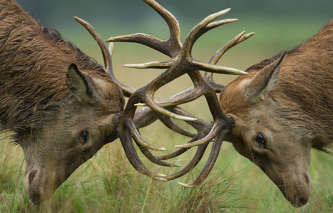 saw Pact) had a major influence on behaviour. And the nations at the centre of the two major conflicts no longer have empires to compete for more territory. One might argue that the EU has played a role but not an indispensable one; indeed it may be creating the conditions for future conflict, looking at the state of its nations’ politics.