On May 10 Mario Draghi, President of the European Central Bank (ECB), addressed the

Netherlands Parliament in Den Hague. He opens with some boiler-plate puff:

“This year, we celebrate the 60th and 25th anniversaries of the Treaties of Rome and Maastricht. Despite the many challenges that we face as Europeans, we should never forget the significant achievements of European integration in providing peace, security and prosperity.”

We’ll open our response by challenging these standard claims, which the EU hopes will be believed if they are repeated often enough. Peace (of a sort) in Europe has persisted since the defeat of fascism in 1945, before the European Coal and Steel Community was set up, in 1953. And, of course, the EU is not Europe but this peace has lasted across Europe not just in the EU.

Draghi doesn’t say what he means by “security” or how the EU has achieved this, but there is no evidence that security across Europe now is greater than it was in the 50s. On the contrary, EU leaders are now asking for more convergence to improve security, perhaps by more systematic sharing of intelligence and bringing Interpol under the wing of the federal government. The lack of evidence does not raise any doubts in the minds of these blinkered and obsessed ideologues.

And “providing…prosperity” could only be claimed by those who are comfortable and secure with their EU salaries and prospective pensions. For a significant proportion of the population prosperity is no more than a desire and a dream.

Next Draghi offers some ‘alternative facts’ on his own organisation: “The EU Treaties democratically conferred upon the ECB the primary objective of maintaining price stability in the euro area as a whole.”

He must have a very limited understanding of democracy, which few voters would share, to believe that the ECB was set up with any input from eurozone citizens. And price

stability is not being achieved, at least according to Czechs who drive across the border to Germany each week to get the same packaged and branded goods more cheaply and at better quality in ‘western’ supermarkets. (see BBC News item).

“For 15 consecutive quarters, euro area quarterly GDP growth has been consistently between 0.3% and 0.8%. In 2016, GDP per capita grew faster in the euro area than in any other major advanced economy. Four and a half million jobs were created in the last three years. And unemployment in the euro area is at its lowest point since May 2009. Nevertheless, it is too early to declare success.”

Growth in the EU has been consistently less than in the UK, the USA and other leading economies. He can claim that “GDP per capita grew faster…” only by averaging across the eurozone and so off-setting shrinkage in Greece, Italy and elsewhere by growth in Germany and the Netherlands. Job growth has been more impressive in the UK. Claiming that “unemployment in the euro area is at its lowest point…” deliberately ignores the fact that it is twice as high as in the UK and USA.

These deceits are characteristic of the shameless boosterism that EU leaders indulge in; but they have to indulge in such deceptions as there are so few honest reasons to believe that the ideology driving the EU towards a federal system can deliver economic benefits that match economies that are not so burdened. He declares that “it is too early to declare success”, although that is what he has been doing. We can infer from “too early” that he believes more convergence is needed before declaring success. We remain convinced that more convergence would show up more dramatically the weakness of the Project. 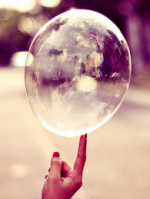 “The crisis has revealed significant fragilities not only at Member State level, but also in the economic governance of Economic and Monetary Union. Some of the fragilities could be addressed already by applying the common rules we have all agreed on.”

It’s a pity that he doesn’t dare say, “if only France and (especially) Germany obeyed the common rules that they too agreed on, though they seem to believe that they are above such rules.”

“The Five Presidents’ Report also emphasises the need to strengthen our union from an economic, fiscal and legitimacy perspective. …And in a world tempted by protectionism and ring-fencing completing Economic and Monetary Union is perhaps more urgent than ever before.”

He should know that the Five Presidents Report is a bit of a bastard (offspring of an illegitimate Union), since he was one of the five. It’s not simply the world out there that is tempted by protectionism; the EU has mastered that art and Président Macron is pressing to deepen it.

“In the euro area, the economic recovery has evolved from being fragile and uneven into a firming, broad-based upswing.”

This is true, but it is also true across the developed world so is likely to be a consequence of that wider momentum rather than of effective, lasting reform, which hasn’t taken place. We doubt that recovery will be sustained during the next global downturn.

Draghi agreed that political union is indeed the final step of the EU Project: “Last week … I was invited to do a speech at the Jean Monnet Foundation. On that occasion, I had the opportunity to read some of his writings. In his view, there was no doubt, that the sequence is single market, single currency, political union, and that is still the case.”

But he doesn’t think the EU is ready for a full political union just yet. “When is it? We don’t know. Why? because you need the conditions, namely trust. Trust in the compliance of the rules, compliance in the governance of the eurozone and convergence. We can’t have union with divergent countries,” he said Rules is rules, but not for everyone. Unless they all learn how to be Germans it’s never going to work. He doesn’t explain, no doubt because he can’t, how more convergence will engender trust in his project, though the illogical structure of his argument implies that it can. Of course, in common with his fellow presidents, he doesn’t mean the trust of citizens – who don’t matter – but the trust of national leaders, on whose compliance the project does depend.