A deliberate typo might have this as ‘Barniers to Exit’ but that would not only be a bad pun but also unfair on the man, who is only the mandated mouthpiece for an organisation that cannot win hearts and minds but believes that it does not need to, because it will suffice to win the obedience of national governments.

The EU is protectionist; they want to protect their project from its failings and from competition.

In case you think that we exaggerate the determination of the EU to get its own way, we point you to a resolution adopted by the European Parliament on October 3 (see Negotiations for more background).

The full document is worth reading (it’s less than five pages) but the following quotations give the flavour clearly, and need little comment from us:

“– having regard to the Commission position papers of 12 June 2017

“– having regard to the position papers of the United Kingdom Government

“1. Reiterates all the elements set out in its resolution of 5 April 2017 on negotiations with the United Kingdom following its notification that it intends to withdraw from the European Union;

“2. Stresses that the Guidelines approved by the European Council on 29 April 2017 and the subsequent negotiating directives adopted by the Council on 22 May 2017 are in line with the European Parliament’s resolution of 5 April 2017; welcomes the fact that the European Union’s negotiator is working in full compliance with that mandate” 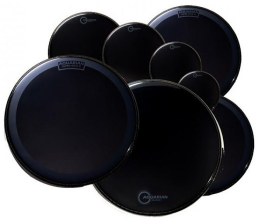 These confirm that the guidelines, the directives and the mandate remain in full force, all of them.

“3. Notes, in line with its resolution of 5 April 2017, that the Prime Minister of the United Kingdom proposed in her speech of 22 September 2017 a time-limited transitional period; points out that such a transition can only happen on the basis of the existing European Union regulatory, budgetary, supervisory, judiciary and enforcement instruments and structures; underlines that such a transitional period, when the United Kingdom is no longer a Member State, can only be the continuation of the whole of the acquis communautaire which entails the full application of the four freedoms (free movement of citizens, capital, services and goods), and that this must take place without any limitation on the free movement of persons through the imposition of any new conditions; stresses that such a transitional period can only be envisaged under the full jurisdiction of the Court of Justice of the European Union (‘CJEU’); insists that such a transition period can only be agreed provided that a fully-fledged withdrawal agreement covering all the issues pertaining to the United Kingdom’s withdrawal is concluded;” 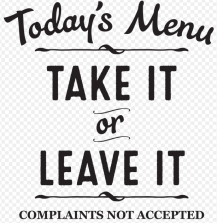 This is not for negotiation; take it or leave it (or just leave).

“4. Emphasises that the withdrawal agreement must incorporate the full set of rights citizens currently enjoy,…

“5. Stresses in that regard that the withdrawal agreement should maintain the whole set of European Union rules on citizens’ rights as defined in relevant European Union legislation,…

“7. …underlines that in order to guarantee the coherence and integrity of the EU legal order, the CJEU must remain the sole and competent authority for interpreting and enforcing European Union law and the withdrawal agreement; awaits concrete proposals from the United Kingdom in that regard;”

They demand a lot of concrete but it must be the same as theirs, as they make clear time and time again.

“11. …underlines that, so far, the absence of any clear proposals has seriously impeded the negotiations and that substantial progress in that area is required before entering into discussions on other issues…

“12. Reaffirms, in accordance with the Commission’s position paper of 12 June 2017 on ‘Essential Principles on Financial Settlement’, that the United Kingdom must respect in full its financial obligations made as a Member State of the European Union and insists that this issue must be fully settled in the withdrawal agreement…

“15. Is of the opinion that in the fourth round of negotiations sufficient progress has not yet been made…”

And, we believe, cannot and should not be made to conform to these demands.

Between Brussels and London there is a game going on – a political game which is not about negotiations nor about resolving differences.

The EU has laid out its political position clearly, in its mandate and directives to its negotiating team. In its publicity material it has to disguise the fact that this position is fixed, for political rather than economic or social reasons, and that they do not intend to budge from it. The method is to say that the UK is slow to provide concrete statements of what it wants, thus placing the blame for the expected failure on the UK.

The UK on the other hand is both playing its own game and allowing itself to be suckered by the other side. It is putting forward what look like proposals to be negotiated, which of course are not a ‘concrete’ acceptance of the EU’s rigid expectations. By appearing to negotiate the UK seeks to place the blame for the expected failure on the EU. The EU appears to be better at this game, to judge by commentaries that accept the outpourings from them at face value.

Neither side is willing to declare that a game is on and that it has little or nothing to do with negotiating a withdrawal agreement. It seems that neither side expects an agreement to be the outcome of the game. Avoiding blame is the objective.

The most likely result, obscured by vapid protestations from both sides, is that a mutually agreeable process of withdrawal will not be found; that is too difficult and would not meet political objectives (the survival of the EU project with minimal damage to its ambition and the survival of the Tory Party). The objective of the EU is to carry on towards its ambition of achieving a fully-functioning super-state, which should be easier without the obstructive presence of Britain, although the urge to punish and deter, and be seen to punish and deter, is irresistible. The objective of the UK is to get away from the EU’s ambition as cheaply and painlessly as possible, with the present government intact. On present form neither side is likely to achieve its objective; political games preclude effective outcomes that would meet the needs, desires and expectations of the citizens who ultimately pay for these games.

We are badly governed by people who have little concern, and much disdain, for us. We may expect this to get worse before, if ever, it gets better.