It is probably fair to say that everyone is a little confused and uncertain about what has been agreed and what it will mean. We can be pretty sure that whatever it is the two sides will interpret things differently, as it suits them.

Perhaps the clearest evidence of this lies in the agreement of “regulatory alignment” between the two parts of Ireland, and hence between the EU and UK, since Northern Ireland will not diverge from Britain nor Eire from the EU. Or not: first, because this will be limited to areas that affect the economic unity of Ireland as a whole as defined by the Good Friday Agreement; second, because alignment means ‘essentially the same’ in standard English; and thirdly, because alignment has no legal definition in either side’s laws.

So this is diplomatic fudge that simply allows Phase 2 talks to start. We can be sure that Barnier and his backers will insist on a ‘hard alignment’, if we may be excused for inventing more jargon.

The next issue is citizens’ rights. If your son went to Australia to work for a while, married an Aussie there and raised a family but now wants to live in England with his wife and children he faces some obstacles. This example is close to our hearts since it is happening to one of the authors. Unless the daughter-in-law can prove ancestor rights she will have to rely on a spousal visa, which means our son must have a job with sufficient income plus money in the bank.

Consider, say, a Latvian chap who wants to relocate to the UK; he doesn’t need to give a reason, have a job or any money, plus he can bring his wife and family with him. and be entitled to the same rights as a tax-paying Briton. Our language, culture, history, laws and ancestry are so closely ‘aligned’ with Australia’s that it seems absurd to give greater freedom to Latvians with whom we have negligible connections; at the best they should have equal privileges. 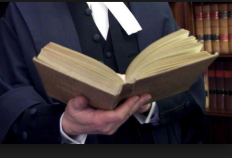 The ECJ will have some, not entirely clear, role in overseeing this part of the Agreement.

Lastly we have to pay about £750 each (or rather averaged for every man, woman and child – we don’t all pay the same tax) but we all lose what might have been spent on vital services. If we just left the EU this couldn’t be enforced under international law because the EU is not a signatory to the Vienna Convention which governs international treaties.

The EU needs to get a solid commitment before we leave therefore because, apparently, “Nothing is agreed until everything is agreed”.

We really can’t say where we’re heading but, as Michael Gove has pointed out, it seems to mean that voters will get a chance to vote on

The Deal (if there is one) at the next General Election. That assumes of course that the Conservative and Labour Parties can actually present clear statements in their manifestos; both promised to execute a Brexit last time but neither made clear what that meant. Except of course “Brexit means Brexit” – well that was clear, wasn’t it?