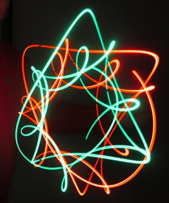 Conditions and circumstances change and only those organisations (and organisms) that are adaptable survive. The EU is inflexible and will not endure. Actually it will compromise, up to a point, but only if essential to its short-term survival. However, it won’t adapt its goals to meet its peoples’ wishes or attend to deep-seated failings that collide with the present-day situation.

To adapt HL Mencken a little: “The aim of [the EU] is not to spread enlightenment at all; it is simply to reduce as many individuals as possible to the same safe level, to breed and train a standardized citizenry, to put down dissent and originality.” 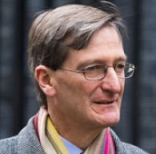 Tory Remainer MPs (the rebels) believe their party leader has betrayed them by promising a ‘meaningful’ vote in the Commons on any deal agreed with the EU. After they didn’t rebel it turned out to be merely a statement to the House followed by a vote on a motion that can’t be amended, which in practice would make it a vote of confidence in the Government.

We’re not constitutional experts but that looks to us like a very meaningful vote. If the Government comes back with the best deal it could get but it isn’t good enough for the Commons then the Government wasn’t up to the job. If it was sent back to Brussels to try again it would presumably have to cross some fat red lines, otherwise the deal on offer must have been near enough not to be worth all the trouble. Therefore a new administration should be sent to the fray.

Meaningful votes are anathema to the EU so why are its supporters so bothered? It seems the rebels want to make the Referendum vote meaningless. 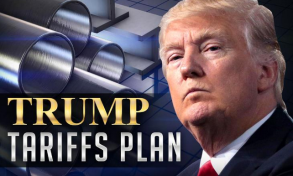 The EU’s tariff on a new diesel car imported from the USA is 16%, the USA’s tariff on a new diesel car from the EU is 2.5% – so is President Trump ‘starting’ a trade war and is it necessary for the EU to “… also do stupid”, as Junker says. Remember too that the CAP (Common Agricultural Policy) subsidises food exports – is that dumping? Plus there are tariffs and a minefield of regulations to prevent “fair trade” with America. Not that America is the good guy, it may have a negative trade balance with the EU and knows how to play hardball, but it is a lesser sinner according to the World Bank.

Stand Up for Your Principles 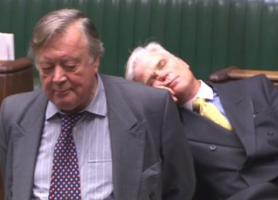 We cannot blame any MP for voting in accordance with their beliefs, it’s clearly the right thing to do even when it means defying their party if the matter is important enough. However, if they were elected by standing on a party manifesto that they cannot support in the House it is equally clear what they should do: resign their seat, cause a by-election and stand on their own manifesto as an independent or for another party they do agree with. There have been honest politicians before who have done it; Mark Reckless and Douglas Carswell resigned their seats mid-term to oppose Cameron’s Conservatives and stand again for UKIP with Reckless losing his seat. Dominic Grieve, Ken Clarke and Anna Soubrey don’t have the same honesty. 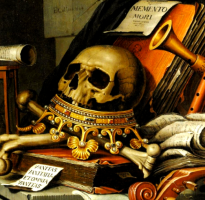 Interregnum: “a period when a country or organisation does not have a leader”.

After the Referendum in June 2016 we eventually limped through the Stage 1 negotiations in December 2017 and entered the … Interregnum, in which nothing seems to have happened to advance our cause one iota. The EU wishes to be as unhelpful as possible and Remainer MPs (and Lords) aren’t helping the Government to take any strong and stable positions. 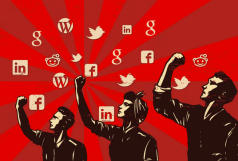 The EU’s aggressive stance is a tacit admission that its goals are not popular with most EU citizens, who would vote for changes if they were allowed to. Instead they are increasingly electing ‘populists’, a pejorative term they apply right, left or centre to all political opponents; after all, they’re certain they know what’s best. That’s religious devotion, not practical politics and it cannot last, the evidence for that is becoming very obvious.

The EU is not about international cooperation but about protecting one corner of the world from competition from the rest of it. That’s bad for African and other developing countries and it’s bad for consumers. It’s good for special interests, especially French agriculture and German manufacturing and that’s what it was designed for.