Chris Leslie, a founding member of The Independent Group of MPs who oppose Brexit (TIG), stated that he was elected by his constituents to represent them in Parliament. It was his name on the ballot paper and he was chosen to use his judgement about his voters’ best interests. 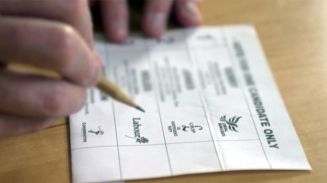 Before the 1970 General Election when the government of Edward Heath took the UK into the Common Market (without asking voters but lying about no loss of sovereignty [1]), Leslie might have had a marginally better argument – voters had to know or guess which party they’d chosen. Also on the 2017 ballot paper was his party’s name, or ’emblem’ as it is called in the Representation of the People Act 1969. It is clear that Leslie and his fellow MPs won their seats because of the party they represented and its policies. He could have proved this by standing as an independent candidate with a different Brexit policy from that stated in the Labour Party’s manifesto – the official Labour candidate would almost certainly have thrashed him in the poll.

He could and should have tried his luck when he left his Party for another one with alternative policies. This is the honourable course that Douglas Carswell and Mark Reckless took when they left the Tories and joined UKIP because they opposed their party’s Brexit strategy; their constituents agreed with their position and re-elected them at by-elections though Reckless lost his seat in 2017, probably because of the power of the Tory ’emblem’ on the ballot-paper list for another candidate.

Perhaps the renegades copied Winston Churchill instead, he left the Conservatives for the Liberal Party in 1901, then went back across the floor of the Commons again to his former party in 1925 without asking for confirmation from his constituents either time. Our democracy has evolved since Edwardian days and the later examples are now more honourable for Right Honourable Members to follow. What we have now experienced by the vote of 13th May 2019 to abandon the option of leaving the EU without its permission (unless on unfair and unequal terms) is the greatest betrayal of the people’s demands since The Representation of the People Act, 1832. At that time the people demanded the right to vote with threats and acts of violence; the Government agreed but Parliament twisted the outcome to exclude most ordinary workers.

What will common plebeians do next in the face of arrogant politicians who ignore them? They may choose “more Europe” but not in the sense intended by the EU – they may abandon party loyalty and choose ‘populist’ candidates.

Indeed if Article 50 is delayed beyond a few months and the UK therefore has to elect MEPs then it is likely they will choose even more UKIP, Brexit Party or other eurosceptic candidates. This worries Verhoftstadt and his colleagues in the European Parliament and could affect the length of delay accepted by the EU. Theresa May would like to use a short deadline preferred by the EU to force Parliament to choose her deal on a third vote since ‘no deal’ is forbidden and hers is the only deal on offer by the EU. The Speaker might prevent this. Maybe ‘the people’ will become a bit Gallic and riot like the ‘gilets jaunes‘ or like their predecessors almost 200 years ago who burnt a couple of palaces to make MPs listen.

The TIGs include ex-Conservatives, like Anna Soubry, and many Tories also voted to ban no deal despite the manifesto they, Soubry and the other Tory TIGs promised to enact. Here is what the

“… we continue to believe that no deal is better than a bad deal for the UK.”

“As we leave the European Union, we will no longer be members of the single market or customs union …”

A majority of Labour constituencies voted to leave the EU but the Party’s promises were deliberately vague, undoubtedly so that candidates could evade betrayal accusations more easily. Here’s what the Labour Party 2017 General Election manifesto says (page 24):

“Labour accepts the referendum result and a Labour government will put the national interest first.”

“... negotiating priorities that have a strong emphasis on retaining the benefits of the Single Market and the Customs Union …”

If Labour MPs decided the ‘national interest’ meant remaining in the EU or its principal institutions then it could not respect the referendum, and vice versa. Here is a clear example of what in logic is called ‘the law of the excluded middle’, by which a proposition is either true or its negation is true. There should be no middle ground but obviously there is in this case, deliberately so since the opinions of the more privileged, urban, pseudo-intellectuals that stood as Labour candidates did not represent those of its working class, devoted voters.

Corbyn’s ‘negotiating priorities’ thereafter became to negotiate ‘a‘ customs union (CU) with full ‘access to’ the Single Market (SM). This is another slithery position; it is extremely unlikely that the EU, which has a CU and SM defined by its treaties, would agree a different CU/SM even if they were precisely the same behind their new identities. If it did agree it would certainly insist these be ruled by decisions of the CJEU, violating the ‘Take Back Control’ promise of the Leave Campaign that these voters wanted.

Finally the undercover Remainers who authored this travesty of a manifesto sneaked in a statement that there would be nothing worse than ‘no deal’ if the EU couldn’t be persuaded to agree to whatever it was Labour intended to propose. Obviously the worst outcome would be against the ‘national interest’ which comes ‘first’.

How dare these con artists complain about Leave’s lies when they set out to confuse and mislead voters like this? Mrs May’s mantras of “Let me be clear”, “I’ve been very clear” and all its other, frequently-repeated forms is true with regards to her party’s manifesto promises about no deal and leaving the CU and SM, it’s just a shame she has proved herself a liar in the end. It is very clear that the Commons no longer comprises the commons nor represents them.

[1] Our EU Entry was Prefaced with a Lie