Is a bad deal better than the risk of getting kicked out of office for the Tories?

The next Prime Minister is now a choice between two candidates, both of whom would prefer an agreement with the EU that will keep their party together and in government for at least another three years. Despite the apparent differences between Jeremy ‘May In Trousers’ Hunt and Boris ‘Out Before November’ Johnson there is a strong possibility that either would settle for May’s agreement with the EU if only changes to the Irish backstop can be made. This is not all that’s bad about the Draft Withdrawal Agreement however (see The Withdrawal Method and Draft Withdrawal Agreement: a Fatal Flaw).

An unelected Joint Committee would supersede the UK’s own Parliament; it may be partly appointed by the UK Government of the time but cannot be dismissed by UK voters so is fundamentally undemocratic (but typically ‘EUropean’.) Disputes can go to arbitration, except that they are settled by the ECJ where they concern EU law (see A Withdrawal Agreement (Article 174) for more details). This is not about arcane bits of legislation we would hardly notice, it’s the entire EU acquis communautaire, which dominates huge areas of our everyday life. The rules are made by a legislature in which we would play no part, with judgements decided by a court in which we are not represented. That is the definition of a colony (see Law-abiding or Abiding-law?). 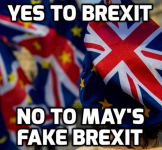 The Tories plus the DUP have a majority of only five and two of their MPs, Ken Clarke and Dominic Grieve, have already stated that they would be prepared to vote against leaving on 31st October without a deal; they may also lose the by-election next month to the Liberal Democrats. It’s so tight that a general election is a real possibility and the likely PM, Boris Johnson, may well compromise on his promise to leave under any circumstances, to keep his party together, though not the country. In case the EU can be persuaded to make a minimal change to the DWA that could get it through Parliament let us remind you what else is wrong with the deal.

1. The Joint Committee shall, for the purposes of this Agreement, have the power to adopt decisions in respect of all matters for which this Agreement so provides…

The Joint Committee would be able to override Parliament. UK voters would not be electing a sovereign representative legislature, which has been at the heart of our democracy for centuries and a model for many of the world’s truest democracies. We will be trapped in a faux-democracy, a mere imitation, with top-down control and no eject lever (see What’s Hitler got to do with anything?)

It’s not just Leavers who recognise the problem that remaining tied to the EU legal system represents; in the 1974 case of Bulmer versus Bollinger Lord Denning, Master of the Rolls, said:

“But when we come to matters with a European element, the Treaty is like an incoming tide. It flows into the estuaries and up the rivers. It cannot be held back…”

This was just two years after the European Community Act was passed by Parliament in 1972. The judge’s decision in the first trial of the new laws (in the Factortame case) was a consistent and logical development of the law as enacted in the Act. The outcome was that the House of Lords granted an injunction that forbad a Minister from obeying an Act of Parliament. While the UK is still tied into the acquis and the treaties this will remain true. It appears to be what Remainers, and possibly the UK Government, want just to get access to the Customs Union and other ‘goodies’. They are prepared to sell the country, not just Leavers, down the river.

Here is what we concluded in The World’s Favourite Law:

In England the courts regularly find in favour of parties against the government. The reputation of English courts for their independence, their expertise, and the commercial knowledge of its judges will be unaffected by the UK’s vote to leave the European Union. Brexit could lead to English law becoming even more attractive as the law of choice as the UK would no longer be required to incorporate those aspects of EU law that differ from our evolved, common law as we have described. English law offers stability and certainty, which won’t change because of Brexit. 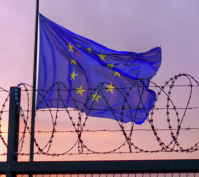 See Unnatural Justice for an example of the very different priorities of the Court of Justice of the European Union.