Labour once viewed the EU as the agent of corporate business, now its MPs say it must be the custodian of workers’ rights. What changed?

The EU hasn’t changed, Labour has; in 1975 the main advocates for leaving the Common Market (as it was then known) were from Labour’s ranks. Its supporters today, who think they are smarter than its traditional working-class voters, seem ignorant of the following facts:

“Decisions by such bodies as the European Court of Justice have demonstrated that the right to strike is secondary to the freedom of employers to relocate their concern, a feature found in Article 43 of the EC Treaty which strikes at any fetters of “freedom of establishment.” In 2007, the ECJ notably found in the Viking Line case that a trade union’s threat to strike in an effort to force an employer to conclude a collective agreement constituted a restriction on the freedom of establishment.

The Laval case furnished another example of pro-company logic over union action. In that instance, the point of issue was how industrial action might square with freedom of movement under Article 49 of the EC Treaty. The Swedish building workers’ union had attempted to force Laval’s Swedish subsidiary to accept a collective agreement covering 35 Latvian workers sent to Sweden to refurbish a school. Negotiations failed; the company was picketed and eventually went bankrupt. In hearing the case against the union for compensation, the ECJ held that the Posted Workers Directive guaranteeing equal protections for posted workers and those in the host country, was inapplicable. It was too onerous to expect service providers to take part in peculiar collective bargaining practices.”

Jeremy Corbyn knows all this, or at least he knows enough to want to leave the EU’s clutches. He is trapped by his Party’s strange affection for the corporatist European Union, hence his contention that this latest Tory Brexit is “a race to the bottom” on worker’s rights and seems ready to outsource even more regulations to the EU. If the people don’t trust Tory promises they don’t have to vote Tory, but they won’t have a vote at all in Brussels after a Labour Brexit.

Whilst Labour denounced Tory austerity following the deficit left by Gordon Brown it didn’t raise its voice against the devastation of Greece (imposed at Germany’s insistence). It was also unmoved by youth unemployment reaching 60% in Greece, Spain and parts of Italy. Proactive budget policy in the eurozone is prohibited by the Stability Pact among other things. All of this occurs under the EU’s Acquis Communautaire (literally, that which has been acquired by the community). The Acquis covers a huge and growing area of laws and regulations passed up by member states to the Commission, from where they cannot be recovered—by Treaty this is a one-way street. 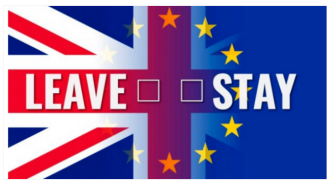 By 2016, when ‘the people’ voted on whether or not to stay in the Union, about a third of Labour’s voters hadn’t changed their minds about the EU’s preference for others’ interests above their own—German industry, French agriculture, foreign workers, etc. They may be as ill-informed about the details as their cleverer brothers and sisters but they are the most exposed to the consequences. Labour MPs, who have a duty to know the facts above, pretend they oppose a ‘Tory Brexit’ on their behalf; more likely they are attempting to avoid a ‘Brexit bounce’ that could see the Tories in power for years to come if they allow it the credit for achieving what both sides promised.