We start from a dictionary definition of ‘propaganda’ to show how the EU uses this both to promote and to disguise its fundamentally autocratic federal agenda.

“Information, especially of a biased or misleading nature, used to promote a political cause or point of view” – the Oxford Dictionary of English definition of ‘propaganda’

Here is a prime example of propaganda from the recent EU document, A New Strategic Agenda 2019-2024, [1] “Together, we will be determined and focused, building on our values and the strengths of our model. This is the only effective way to shape the future world, promote the interests of our citizens, businesses and societies, and safeguard our way of life.” (our emphasis)

We have little doubt that the EU will continue to be determined and focused on the weaknesses of its model, like the damaging single currency and the need to disguise its core agenda with high-sounding but vacuous declarations. How could anyone take the idea of ‘the European way of life’ seriously? [2] Because this is yet another example of how EU propaganda is absorbed by otherwise intelligent people and regurgitated as though it makes sense. This example illustrates how it links into the underlying federal ambition and is presented as fact without leaving any room for doubt (though some of us are not fooled).

This ‘strategic’ introduction presents us with both the propaganda and an indications that it needs continual reinforcement; because they are not as certain of achieving their ambition as they wish to be. “Together” is the key. Here it stands in for ‘ever closer union’ and tells us what they will do, or rather what they expect us to do. This is firmed up with “the only effective way”, which leads to a list of things we surely all find desirable. It’s a sales pitch; if we buy into it we will accept whatever they are selling, whether or not it could withstand critical examination.

Here are the four main priorities—who could argue with them? Except, of course, that in practice they don’t seem to be the true EU priorities:

We have addressed these claims repeatedly, here are some relevant, earlier posts. [3]

But are we persuaded?

That these ‘priorities’ are propaganda rather than substance is immediately obvious: the EU wants to persuade us (or at least the people who matter) that the EU needs an independent military force: “The EU also needs to take greater responsibility for its own security and defence, in particular by enhancing defence investment, capability development and operational readiness”. Perhaps the member nations should first spend what they have promised (to NATO) on their defence rather than attend exercises with broomsticks instead of guns as the German army did recently (overseen by the defence minister, who is about to succeed Junker as President of the Commission). 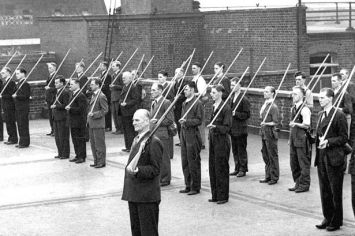 What freedoms exist that are at risk? And from whom or what? The eurozone is vulnerable, so the second priority is true—it needs to be developed—though the priority is presented deceitfully (see below). A “social Europe” sounds good, but what could it mean? [4] By “European interests” they mean EU interests, but we are familiar with the segue. European values takes us back to the absurd notion of the EWOL. [2] We have looked at ‘European (i.e. EU) values’ previously. [3]

The Strategic Agenda document is a sales pitch, also known as a political manifesto. Its intention is not to tell us how they intend to implement their agenda but rather to persuade us (a) that we should agree with their aims, and (b) that they will be able to deliver the promised results. We are not persuaded and we know, from plenty of experience, that the EU will be unable to deliver on its promises. 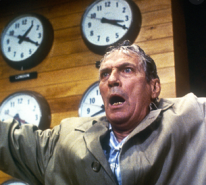 There is much propaganda in the document and we won’t trouble readers by analysing it in detail; instead we pick out some of the more outrageous claims in the hope that fewer people will swallow them. Here is a good one, under the heading ‘Protecting citizens and freedoms’:

“The common values underpinning our democratic and societal models are the foundation of European freedom, security and prosperity.”

We have already mentioned the absence of “common values” (“these values are well protected”). We have dealt at length with the EU’s claim to be democratic. [5] They don’t say what they mean by “societal model”; perhaps they mean us to believe that the EU represents the whole of Europe. But do the EU citizens of Cyprus, Greece, Southern Italy and Spain feel free, secure and prosperous; they imply that everyone does. 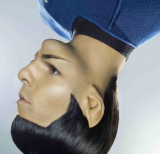 Here’s one few would disagree with: “A strong economic base is of key importance for Europe’s competitiveness, prosperity and…for the creation of jobs.” However, “This requires achieving the upward convergence of our economies…”. Even if we substitute ‘EU’ for ‘Europe’, the requirement simply doesn’t follow—and its efforts so far have had the effect of economic divergence within the eurozone; but we are expected to accept the ‘logic’ so that we will buy into their agenda.

Then we have more EWOL absurdities: “Adequate social protection, inclusive labour markets and the promotion of cohesion will help Europe preserve its way of life…” (see [2] and [4] again). These three objectives may be valuable in their own right but what have they to do with preserving the imaginary EWOL? And “the promotion of cohesion” is a sly way of promoting ‘ever closer union’, which means federal governance—the true agenda disguised by all this propaganda.

“In line with the principles of subsidiarity and proportionality, the EU must be big on big and small on small.” We dealt with this false claim earlier. [6] It is consistent (i.e. inconsistent) with the next claim: “Our Institutions will work in accordance with the spirit and the letter of the Treaties. They will respect the principles of democracy, rule of law, transparency and equality between citizens and between Member States.”

The treaties have been signed by the heads of member states, and those states are expected to abide by the terms (spirit and letter). However, the EU ignores them whenever it feels that its priorities are more important. [7]

“The EU must give itself the means to match its ambitions, attain its objectives and carry through its policies.” This is not explained but may refer to the budget negotiations currently under way, which illustrate vividly the lack of solidarity in the EU and its corresponding vulnerability. 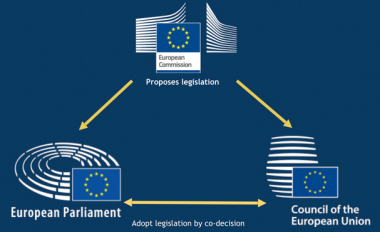 The first of these statements is from the Introduction and the second from the conclusion. Between them they indicate that the European Council (the author) and the European Commission (the executive branch) are delegating the tasks implied by this Strategic Agenda to “the Institutions and the Member States”, to take responsibility for “delivering on our priorities”. Thus, if we swallow the propaganda, we also accept responsibility for the outcomes. However, the three Institutions are the Commission, the Council and the European Parliament; except that the term “member of the institutions” does not include members of the European Parliament (from the Withdrawal Agreement), which makes the whole thing rather confusing, as well as misleading.

[4] What About the Workers?