The Johnson administration seems to be intending a tougher approach to the EU divorce than May’s did – that won’t be difficult. The plan, apparently, is to negotiate trade deals with the USA, Canada, Australia and New Zealand in parallel with the EU negotiations [1]. Where we’ll get the bandwidth to do all this after delegating trade relationships to Brussels for years we’re not sure but we applaud the ambition.

Parliament has already passed into law that the Transition period during which the UK continues to obey all the EU’s rules and regulations must end by 31st December this year. Of course this could be repealed but it is a bold start.

Thereafter ‘dynamic alignment’ will not be accepted [2] [3], which would release some sectors of the economy to innovate and flourish. These include areas of finance plus high-tech companies in IT, bio-science and pharmaceuticals where the EU’s ultra-cautionary, restrictive approach to innovation is holding them back, passing the initiative to others. Consumers can also benefit from lower world prices [4]. 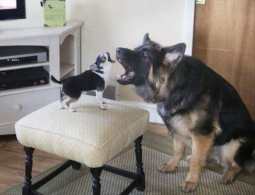 Clearly it’s not all good news. Tariffs and checks on trade with the EU will disrupt other, established industries—those with the loudest voices from whom we’ve heard the most noise already, the smaller voices of the innovative upstarts are less deafening. The car industry and other aspects of finance, such as banking, will suffer from disrupted supply chains and loss of ‘passporting’ rights. However, there is so much that is changing, from electric cars to new sources of energy and new forms of money, that many opportunities will arise for the bold and the problems should pass, though not without some failures.

The EU is talking tough as well, naturally. It is suggesting that it will withhold ‘mutual recognition’ of standards in many areas, including medicines, if the Government won’t buckle. This will mean the UK gets a worse deal than Japan or Canada. Vindictive? That’s part of the reason but fear of competition and of being shown to have a failing plan by a successful ex-member and neighbour is key. Others would follow, it is a fight for survival.

Now that serial failure, Christine Lagarde [5], is applying her skills at the European Central Bank, the IMF is permitted to say that it expects the UK’s growth to exceed the EU’s for the next couple of years (as it did in 2019). We hope they’re right this time.