The proposed natter-shop, or ‘consultation with the people’ is already proving contentious, with the European Parliament having firm ideas and the European Commission still to offer its own.

The EU is proposing to hold a discussion on the future of the Union or, as they call it, a Conference on the Future of Europe (taking the continent’s name in vain again). They haven’t yet decided on the format the event should have but many ideas have been suggested. The European Parliament (EP) has put forward detailed proposals but the European Commission (EC) seems to want to water these down. Its communication on the proposed Conference (see below) downplays any suggestion that such a discussion, intended to involve EU citizens, “bottom-up”, might involve modifications to the treaties.

The perpetual problem the EU faces is this: how can EU involve the people in the Project and so make them more enthusiastic without giving them more authority? The answer is, it can’t; the authorities will always do what they believe is best. They cannot be both the final arbiters and claim to be democratic. Actually that’s wrong, the Eurocrats are final arbiters and do claim to be democratic.

The EU institutions are conflicted. They are aware of popular dissatisfaction but are struggling with how to address it without losing control of the projects’ predestination. They think a more bottom up approach could help but are afraid citizens might answer “up yours” to further integration or even ask to reverse things. The result is a turgid and superficial heart-searching about how to consult the people without empowering them. Perhaps because its members are elected rather than appointed, the EU Parliament is a little bolder than the Commission but we have seen such empty gestures before (see On Democracy-1). Brexit has been a kick in the backside they never thought could happen; the following shows how they are floundering in response.

B. whereas there is a need to tackle both the internal and external challenges that Europe is facing, as well as the new societal and transnational challenges which had not been fully envisaged when the Lisbon Treaty was adopted; whereas the number of significant crises that the Union has undergone demonstrates that reform processes are needed in multiple governance areas…

The implication here, though not stated explicitly, is that the EU should consider revising its treaties as part of a reform process, arguing that now “is an appropriate time to give EU citizens a renewed opportunity to have a robust debate on the future of Europe”. But why should EU citizens debate the future of Europe? And how would such a debate help, in practice, “to tackle…the challenges that Europe is facing”? The Parliament is party to twin deceits, that the EU is Europe and that EU citizens have an effective role in governing it.

C. whereas the principle of European integration since the creation of the European Economic Community in 1957, subsequently reconfirmed by all heads of state and government as well as all national parliaments of Member States during each round of successive integration and changes to the treaties, has always been the creation of an ‘ever closer union among the peoples of Europe’;

So the underpinning design logic of the Union is integration and the means involve ever closer union. This has been confirmed, the Parliament tells us, by governments and parliaments; though not by the citizens of member states as there is no legal means for them to confirm such a design—and they probably wouldn’t if asked, which they won’t be after the UK referendum. The European Parliament is a fig leaf covering the rude fact that citizens can not choose who governs them at EU level.

E. whereas this Conference process should be an occasion to closely involve EU citizens in a bottom-up exercise in which they are listened to and their voices contribute to the debates on the future of Europe…

Of course EU citizens are at the bottom but will they be heard if they participate in debates?

2. Believes that the Conference is an opportunity to identify what the EU does well and what new measures it needs to do better, to increase its capacity to act and to make it more democratic; considers that its aim should be to adopt a bottom-up approach to engaging directly with citizens in a meaningful dialogue…

A proven method of engaging with citizens is to give them a vote but the UK has proved how dangerous that can be. Again the implication is that the EU needs to reform, though there is no mention of changing its underlying design of integration and ever closer union; such fundamental reform is not on the Conference agenda. Is there a difference between a “debate” and a “meaningful dialogue”? The former suggests a discussion and the latter that decisions will ensue, which is hardly likely. Sure, the Parliament:

31. Commits itself to a genuine follow-up of the Conference without delay, with legislative proposals, initiating treaty change or otherwise; calls on the other two institutions to make the same commitment…

This is more explicit, but the European Parliament does not have the authority to initiate legislative proposals or treaty changes as those are within the remit of the European Commission only.

The Commission has put out its own paper on the proposed conference:

COMMUNICATION FROM THE COMMISSION TO THE EUROPEAN PARLIAMENT AND THE COUNCIL

The document will surely excite enthusiastic EU-ers to quote it to show how liberal and democratic the Union is. We quote from it and comment that it is designed exactly for that purpose—to excite enthusiasm—but only time will tell how important are the views of citizens and how much influence they will exert towards change. A clue to our scepticism is given by “will take into account” in this quotation:

The Commission is ready to take into account citizens’ feedback and proposals in the setting of its legislative agenda.

Here are some more extracts, with comments offering an interpretation to cut through the propaganda:

More than 200 million European citizens voted in the May 2019 European elections – the highest turnout in twenty years. This clearly shows that Europeans want a more active role in deciding what the European Union does.

Citizens may want “a more active role” but the elections didn’t give it to them, nor will the Conference, we can be sure.

President Ursula von der Leyen has pledged to [give] Europeans a greater say on what the Union does and how it works for them. This is the central premise behind the idea of a Conference on the Future of Europe.

We can also be sure that we can say what we please but any change will not be fundamental and will not come as an obligation; even “a greater say” will only be taken into account.

The time is ripe for a New Push for European Democracy.

Capitalising “a New Push” merely tells us how hard they are working to deceive us; the time may be ripe but we should not expect any change to the purpose of the EU or to its means of achieving that purpose.

As a major pan-European democratic exercise, the Conference will be a new public forum for an open, inclusive, transparent and structured debate with citizens around a number of key priorities and challenges. It will be a bottom-up forum, accessible to all citizens, from all walks of life, and from all corners of the Union, and should reflect Europe’s diversity. (all emphases in the original)

They don’t mean to hold a “pan-European democratic exercise”; they mean ‘pan-EU listening exercise”, which is what they say in effect.

As a starting point, the Conference should build on the well-established citizens’ dialogues while introducing new elements in order to increase their outreach and strengthen ways for people to shape Europe’s future.

We know from experience that there is no way for its people to shape the future of the EU, let alone Europe (see Citizens’ Initiative).

Promoting new forms of citizens’ participation will increase legitimacy and trust in our Union and complement its representative democracy.

They may increase some people’s trust—that is the purpose of propaganda—but they won’t “increase legitimacy” since that would require some fundamental reform, not just a “complement” to their watery notion of democracy.

The diversity of Europe should consistently be reflected throughout the process with events that reach out to people, no matter where they live in Europe or what their background is.

For two reasons the “diversity of Europe” won’t be reflected through the conference. First, the conference will be restricted to (a few) citizens of the EU, and second the whole purpose of ‘ever closer union’ is to reduce diversity, which is a trouble for the project.

A discussion of this magnitude will only be fruitful if and when it is followed up with real action and tangible results. In the Political Guidelines, President von der Leyen has therefore pledged to follow up on what is debated and agreed during the Conference. This is a key deliverable and a novelty of the Conference…

Is the first sentence a tangible admission that previous ‘dialogues’ have not been followed up with real action and results? We would not argue with that, except to remind ourselves again that the statement is no more than propaganda. The key to understanding this is that “a key deliverable” is simply “to follow up”. If something significant were to come about it certainly would be a novelty, but we’re not holding our breath.

[T]he outcomes and recommendations of the different debates should be presented and next steps considered.

If you wonder why we call such stuff propaganda, ask what promise is involved in “presented” and “considered”. Contrast these words with “enabling” in the following quotation and ask what mechanism is proposed to bridge the gap between considering and enabling citizens:

The Conference cannot be a simple stocktaking exercise. It must be a way of enabling European citizens to shape EU policies.

Here is the conclusion:

By opening up stronger and more constant communication channels for citizens, with a variety of platforms for all Europeans to have their say, we can ensure that Europe truly delivers for Europeans based on what they want.

But what is the practical connection between “constant communication” and “truly delivers”? And how can they “ensure” that there will be one? It is the absence of any answers to such questions that persuades us that this communication is designed as propaganda and the proposed conference will truly deliver nothing but hot air.

EUObserver observes (https://euobserver.com/institutional/147215) that “The European Commission is keen to stay clear of possible treaty changes as a result of the planned conference of the future of Europe, in its draft position” paper (quoted above), even though “EU Commission vice-president Dubravka Šuica said earlier that the EU executive [i.e. the Commission] was “open” to treaty change, if European citizens demand it.”

The author also infers that the “EU executive’s communication on the conference, a two-year soul-searching exercise aimed at reforming the EU after Brexit, is less enthusiastic about the revamp than the European Parliament.” They note that, “a reference in an earlier version of the text to take legislative action and propose treaty change “if appropriate” was taken out.”

German MEP Gabriele Bischoff, a Social-democrat member of the Parliament’s working group on the conference, said the commission’s input was “not very ambitious, not very clear, not very outspoken, and is not addressing what should come out of this conference“. 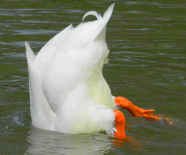 So it’s not just us who are sceptical. The whole idea of a “bottom-up” Conference implies that the European Parliament is redundant. Let the people decide, but they might say ‘up your bottoms’ to the Eurocrats.