The EU insists that it is democratic. We hold to a stricter definition of this term and in this post we review some of our earlier comments on the EU’s claims. 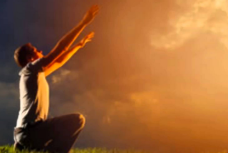 The desire for democracy amongst Europeans is ancient, indeed proverbial: Vox populi, vox dei (the voice of the people is the voice of God). This was first recorded in written advice by Alcuin of York to the Emperor Charlemagne in the 8th Century but the context shows it was already a well-known aphorism.

The EU is proud that it comprises only democratic states and makes this form of government a prerequisite for membership. So determined is it on this that it means to discipline any nation that deviates too far from what it sees as acceptable standards, with fines or exclusions from some aspects of Union activity. At least that is the intention though the implementation is not easy, as we see currently with Poland and Hungary (they are providing each other with cover).

The importance of democratic behaviour to the EU is clear from its many mentions in the treaties and other documents, some of which are quoted here (EU on Democracy) with our comments. Yet a version of the sage’s advice to Charlemagne has been adopted by the Brussels Imperium: Nec audiendi qui solent dicere, Vox populi, vox Dei, quum tumultuositas vulgi semper insaniae proxima sit (And those people should not be listened to who keep saying the voice of the people is the voice of God, since the riotousness of the crowd is always close to insanity).

This is the time of year when many look back over what has been happening; our retrospective theme, democracy, is an issue mentioned in many of our previous posts. In this and subsequent posts under the same title we look back at some of our comments on democracy and the EU from our earlier writings (updating them as necessary). 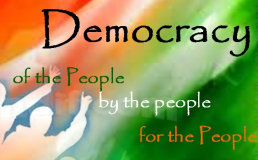 Most of us believe that a democratic government should be accountable to its citizens and that citizens should be able to dismiss a government of which they disapprove. These two entitlements are surely necessary for any regime that justifies the label ‘democratic’ (however it may be mismanaged in practice). A good measure of effective accountability is the proportion of voters who turn out at elections to retain or dismiss a government.

The EU is neither accountable to its citizens nor do citizens have the means to dismiss a federal government. The EU is not democratic. It has been designed and developed to avoid the inconveniences of democracy; its claims to be a democracy are dishonest. Perhaps the ‘inconveniences’ are nicely illustrated by the Brexit Referendum, where the turnout was impressive and the UK Government seems (or seemed) determined to carry out the wishes of the people. Despite the sneers of Remainers it wasn’t just ignorance and xenophobia that caused this but a feeling of helplessness against a remote and foreign authority.

Back in the days of Ted Heath’s benighted UK Government debate raged over whether or not the United Kingdom should join a united Europe. The divisions were as deep as today’s but, as economic gloom descended with the three-day working week and other troubles, the public’s euro-scepticism started to dissolve because the sunnier Continent began to seem more attractive. One concern united the political Left and Right in opposing membership of the European Economic Community with its plan to supplant national governments over time. That issue was democracy and it continues today, framed now by the term sovereignty.

On the Right Enoch Powell asked how there could be democracy where there was no ‘demos’; on the Left Tony Benn asked how would it be possible to remove the self-appointed Continental government. We have addressed the same questions ourselves in dozens of previous posts; here we will summarise those responses (with links to the originals).

The EU does sometimes agonise about the ‘demos’ issue (and the lack of enthusiasm for the Union) but attempts to address this with futile “consultations”. If instead it relied on vigorous democracy the peoples’ concerns would be addressed and the EU could evolve into something that its citizens might quite like. Instead it always falls back on the principle of ever closer union which too often overrides these concerns – it demands greater obedience, as any autocracy would.

Here is the objective of the Initiative:

“The European citizens’ initiative, foreseen in the Treaty on European Union, allows EU citizens to participate directly in the development of EU policies by calling on the European Commission to make a legislative proposal. To be considered by the Commission, an initiative must gather the support of at least one million EU citizens from at least seven member states. The Commission must decide whether or not to make a legislative proposal, and explain the reasons for that choice.”

This offers an indication of the EU’s view of democracy. The propaganda phrase here is “participate directly”, by which they mean gathering at least one million fellow euro-citizens from at least seven countries to ask the Commission to make a legislative proposal, which the Commission will then decide whether or not to act on. It’s not hard to see how much is missing here from any worthwhile notion of democracy. Indeed, it has been designed deliberately to make sure that in practice citizens will not participate (and if they should manage it, will be ignored).

“The Commission must decide” is a clear example of top-down government and how they believe that wise navigators are needed to steer the mob in case they suggest veering off the predetermined course.

We will show how the EU itself views these criticisms today and manages to avoid confronting them with necessary changes; as Michel Barnier himself says: “I simply want to repeat that any vision of the future must take into account the fact that the EU cannot and will not compromise on its founding principles.”

Perhaps those principles should be updated with the times and in line with the peoples’ wishes, or are they God-given principles?

Barnier cannot spell out the founding principles honestly because that would scupper the project. Instead he and other EU leaders are obliged to resort to popular fictions (e.g. growth, stability, democracy, “a better and fairer life for all”) which are clearly not being delivered. Reality trumps fiction.

To adapt Hamlet, democracy is “…a practice more honoured in the breach than the observance”. This is often taken to mean that the practice differs from the stated intent, which is appropriate in this case; however, the playwright’s meaning was that it is better to avoid the practice altogether, which is equally appropriate to the EU’s real intent.

EU mandarins seem to view low voter turn-out as a manifestation of voter ignorance, and they blame the governments of their member states for not doing enough to portray the project in a friendly way.

There is no living example of absolute democracy; the term denotes some sort of ideal from which real democratic nations fall short. However, we believe – and believe that many others share this belief – that the notion of democracy contains two elements that are clearly missing from the EU. These two notions are that democratic governments are accountable to the people who elect them, and governments that displease enough of the electorate can be dismissed by them (i.e. that there are real answers to Tony Benn’s questions: “To whom are you accountable and how do we get rid of you?”) (see So What is Democracy?)

In democratic systems disappointing leaders are replaced, often with their opposites. Errors are thereby corrected, typically over-corrected, and so the system zigzags forward, never attaining perfection because the process is too coarse and anyway the goalposts move as the world changes.

By contrast, without elections but with an ideology frozen in a bygone age the system slides towards its extinction through its failures, irrelevance, desertions or even explosive destruction. (from Democracy versus Ideology)

We think the EU sees its responsibility as being to protect its bureaucracy and its ‘competences’ rather that the needs of member states and companies, let alone citizens. This is painfully apparent in Greece, Italy and elsewhere.

In their minds government is supposed to be imposed from the top, where the vision and motivation exists, because at ground level representatives are too busy running around trying to satisfy the immediate concerns of people who might otherwise kick them out. That’s no way for them to complete a grand mission. (see Subsidiarity and Competence and More is Less: Subsidiarity-1 & 2).

We are not just citizens of the EU, we are subjects of a regime that we cannot change, either alone or in the company of a majority of our fellow citizens.

Do those who wish that Britain would stay in the EU value democracy? If not, why not?

There are also those in the UK who do not value democracy, though they might not say so in public. They might argue, privately, that we (voters) are too ignorant and unwise to be allowed to choose (and dismiss) the government. Such a view is widely, if quietly, held in high places.

It is remarkable that the EU expects member nations to be democratic yet its own institutions are not.

“Effective democratic legitimacy and accountability are crucial for strengthening the ownership in Stage 1 of the deepening of EMU and is indispensable in Stage 2, when the envisaged initiatives involve more pooling of sovereignty. In recent years, the Commission has gradually established a deeper and more permanent dialogue with the Member States through bilateral meetings, more targeted discussion in the Council and more widespread technical and political missions to the capitals.” 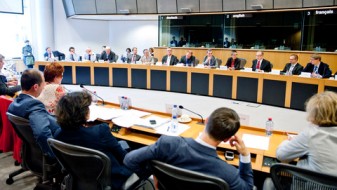 There is no reference in this section to citizens, voters or anything that most people would recognise as representing democracy, let alone “legitimacy and accountability”. The Commissioners believe that democracy is delivered by “bilateral meetings”, “discussion in the Council” and “missions to the capitals”. References in this Communication to the European Parliament illustrate the Parliament’s secondary importance and give it the job of ensuring that members vote for the true agenda, despite only weakly representing the views of national voters. The implication is clear; real democracy is indeed dispensable. (for the source of the quotation see Democracy)

‘The term “members of the institutions” does not include members of the European Parliament.’ (from Article 101 of the draft Withdrawal Agreement, November 2018)

From the Article it is clear that “members of the institutions” are the employees, the civil servants, rather than the elected representatives. In a democracy the elected members would oversee the civil service; in the EU it is the other way about – it is a looking glass ‘democracy’.

We can vote for members of the European Parliament but to what purpose, since they are explicitly excluded from the privileges of institution membership? Put more simply, we cannot vote to remove a government we don’t like. (from High and Mighty)