The EU’s negotiating mandate demands that the UK agrees to the opposite of what the EU has requested or agreed with other nations. 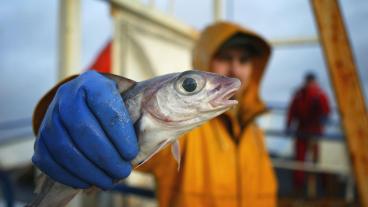 On Wednesday (27th May) the UK’s chief Brexit negotiator, David Frost, was asked during the (virtual) meeting of Parliament’s EU Scrutiny Committee whether there was a chance of agreeing a deal if his opposite number, Michel Barnier, continued to insist on maintaining Common Fisheries Policy rules and quotas. He replied, “We find it a bit unusual because in many other areas they tell us nothing can be the same after you’ve left the EU – rightly so – but fisheries seems to be the one exception to that.” Making exceptions to suit the EU or its most powerful members (in this case France, in particular) is not a “bit unusual” at all.

M. Barnier is an expert at using or ignoring precedent in negotiations to suit his sides’ advantage. We described in an earlier post [1] how he urged the US to agree to the inclusion of financial services during the (failed) negotiations of the Transatlantic Trade and Investment Partnership (TTIP). This is what he said during a speech in Washington in 2014 [2]:

“But we have and will keep different regulatory procedures and frameworks… This is why we want to include regulatory cooperation on financial services in the TTIP… Cooperating on regulation is the only way to ensure global financial stability while maintaining open markets.”

However in 2017, during the Brexit withdrawal negotiations, he explained in an interview with The Guardian why including a financial services agreement with the UK was not possible:

“There is not a single trade agreement that is open to financial services. It doesn’t exist.”

So pas de chance to Mutual Recognition of regulations and Passporting of bank services for the UK but pas de probleme for the US. Clearly “maintaining open markets” and ensuring “global financial stability” don’t matter to him if he can gain some negotiating leverage.

The UK’s banks are better capitalised than a great many in the EU (especially in France and Italy) and UK regulations are not weak compared with the EU’s or USA’s. The global significance of UK financial services is unmatched by any other than the USA’s. Admittedly l’Alantique is wider than La Manche but financial services can fly at the speed of light so proximity scarcely matters.

However proximity for trade in goods does matter in Barnier’s opinion and therefore, he says, the UK cannot expect a deal like Canada’s, or Japan’s or others which the EU has concluded. Has the Channel (La Manche) shrunk since he presented his famous ‘staircase’ slide to the EU Council in December 2017? He gave a Canada-style deal a big, green tick in the event that the UK sticks by its negotiating red lines but now that the Government has chosen the lowest step there’s another even lower – the Australia-style deal, also known as the WTO deal or no deal. Quelle surprise!

[1] Can EU Trust Them? (Banking with Barnier)