Despite not hitting the headlines at the moment, things are happening which will affect the future relationship between Britain and the EU.

The Academy-Award-winning film All Quiet On The Western Front was based on the novel Im Westen nichts Neues by Erich Remarque, which translates literally as ‘Nothing New In the West’. The phrase was taken from a military communiqué on a remarkably quiet day in October 1918 when, after four years of fighting, the war was nearing its end. After four years the struggle to withdraw from the EU is also nearing its end, we hope, but the apparent quiet also disguises some real changes.

To help firms survive the present crisis the EU and its member states have had to provide aid which will never be repaid. How can Barnier insist on Britain sticking by ‘level playing field’ rules?

Germany accounts for 25% of the EU27’s GDP and 50% of its covid-19 bailouts, this will further tilt advantages in its favour. For example, Lufthansa’s boss admitted that getting €9bn from the state is more than enough to help it survive; it could probably buy up a few rivals in the coming fire sale. Air France-KLM will get government-backed loans of €7bn from France and €3.4bn from the Netherlands, which Ryanair boss, Michael O’Leary says is “bad news for competition and consumer interests” – he called on the EU Commission to block such “illegal” subsidies. An economic earthquake has shaken the ground, it isn’t level now, if it ever was.

The UK championed the Single Market’s fair competition rules but France and Germany have always found ways to support their national champions. Yet M. Barnier insists that the UK must stick by its commitments on preventing unfair competitive advantage through state aid amongst other things. This is a sick joke. The EU’s state aid rules have been ‘temporarily’ relaxed to allow national governments to help their companies through the covid crisis; it may be necessary to help firms but it amounts to state aid, which will not be unwound. The European Central Bank will chip in too but of course the ECB is an EU institution and the Union is not a state – yet. 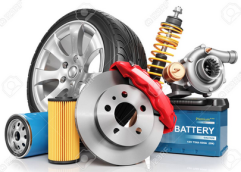 The UK wants major concessions on ‘rules of origin’ so that, for example, its car makers can use parts from anywhere in the world, but 55% of UK car exports go to the EU and Barnier wants to make them use EU parts. He told the European Policy Centre (a Brussels-based think tank), “why make it easy for UK manufacturers to source nearly all their parts from elsewhere? We produce those parts in the EU?” – currently 80% come from the EU. This is pure Trumpism. He added that it was the EU’s duty to protect European interests: protectionism is a core ‘European value’ [1].

The EU and thereby all its members (including the UK) agreed to be bound by the WTO’s Trade Facilitation Agreement which came into effect in February 2017. Article 7.4 requires signatories to operate a risk management system for customs control to expedite clearance of low-risk consignments (found here: https://www.wto.org/english/docs_e/legal_e/tfa-nov14_e.htm#art7)

4.2 Each Member shall design and apply risk management in a manner as to avoid arbitrary or unjustifiable discrimination, or a disguised restriction on international trade.

If the UK agreed to let chlorinated chicken enter its food chain then the EU might argue that certain processed food was not low risk, but car parts?

The EU wants an agreement with the UK on cross-border measures to combat the financing of terrorism, organised crime and cyber crime but the Government believes that international rules are sufficient. They are right to be wary, ‘The European Agenda on Security’ [2] states: “The [Lisbon] Treaty … made the European Parliament an equal co-legislator on police and judicial cooperation in criminal matters … Judicial control by the European Court of Justice and the Commission’s role as Guardian of the Treaties now apply in full … we need to ensure full compliance with fundamental rights…” and much more.

The UK seeks to be globalist, probably emphasising relations with the Anglosphere initially; enhanced cooperation with the EU would probably be welcomed but Britain must be very wary of entrapment. The European Convention on Human Rights added little to the international equivalent except to put Strasbourg judges in charge of deciding how the UK deals with terrorists and others. There are no British MEPs any longer to scrutinise or contest proposed legislation.

Britain has also not committed on data rules, which are set and extended at the whim of the EU, without a British voice. This could deeply damage another of the UK’s strongest sectors, IT, which is far stronger than the Continent’s.

Who Wants To Extend?

EU leaders agreed to find a possible “early understanding on the principles underlying any agreement“; that would help negotiators zone in on issues to get a less ambitious deal done by the end of the year. Five new rounds of talks, this time face-to-face, have been scheduled for July and August. Clearly they should now focus on finding ad hoc solutions to issues vital to either side, these can be knitted together later or replaced by a comprehensive deal, or simply reviewed and renewed. In the meantime GATT24 would allow Most Favoured Nation rules to be waived for up to 10 years, that’s surely long enough.

Budget or Fudge IT?

We wonder how keen the EU is to drag UK funding into the bigger budget and whether this is a reason for staying tough and so risking no deal.

The UK has rejected calls to commit to EU rules and standards policed by European law in exchange for access to the bloc’s vast market. Everyone has access to the Single Market unless sanctions are imposed, which is very likely what the EU intends implicitly, via protectionist regulations. Tariffs are generally low enough not to make much difference to most of Britain’s exports to the ‘vast’ market, they already act against most UK services exports and the EU intends to ratchet up discrimination against financial services.

[1] The New Appeasers? Or The Future’s Oranges