The EU’s national leaders put on a brave and united front concerning the agreement reached last week on funding recovery from the corona virus pandemic, but what do they think back home? 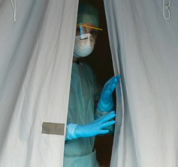 The biggest recipient of funds from the rescue package, by far, will be Italy but that might not be enough to reverse the dramatic rise in Euroscepticism since the country was initially overwhelmed by the virus and abandoned by the others.

Back in March, Matteo Salvini, leader of La Liga, called the EU “a nest of snakes and jackals” and when the pandemic is over, “if we need to, we will say goodbye.” Salvini may have softened his opposition to the EU but a former minister in Berlusconi’s government, Vittoria Sgarbi, is currently raising a petition for an Italian referendum on membership. Gianluigi Paragone, a former 5Star senator, is about to establish Italexit, Italy’s own version of UKIP, and has met with Nigel Farage.

The plan and Prime Minister Conte have, so far, been fairly-well received at home. However Italy is a net contributor to the EU budget so the effective grant transfers will amount to less than half the headline figure by the time they arrive. Large, existing loan repayments fall due this autumn with the recovery grants and loans mostly starting one to three years later, with strings not dissimilar to those of the ESM bailouts forced on Greece. The Dutch can pull the emergency cord if Italy doesn’t obey conditions set for payments, as can the other countries; the EU Parliament is also demanding a say.

Polls are not always reflected in votes and can change with circumstances. Italy has so far survived the pandemic but not necessarily the economic consequences. Maybe a majority of Italians will decide the grants and loans prove the EU is not meaningless and at least give it time, or the rescue package may prove too little, too late. Polls held in May showed that a majority of Italians do not trust the EU to meet their needs or expectations – what will they show after the package has been inspected?

The ordoliberals who have directed German economic thinking and policy since the war won’t be happy, obviously. The president of the Bundesbank, Jens Weidmann, said, “I consider joint debt for wide-ranging transfers to be fundamentally dubious“; he wants more controls too. The German leadership is conflicted between their love of the EU, which has worked so well for them, and their fear of being dragged deeper towards unruly economics.

The TARGET2 imbalance with Italy is now approaching €1 trillion, double what it was when we described the issue two years ago [Italy Missing the Target]. This puts German citizens’ savings at risk.

ONLY four countries will pay more than Ireland into the EU Covid-19 economic rescue fund, it was claimed as Taoiseach Micheal Martin came under fire for striking a “bad deal”. This was the headline in The Irish Sun newspaper after the deal was announced. Although the European Affairs Minister, Thomas Byrne, agreed that Ireland will pay more than it receives he claimed the Taoiseach had done well by securing a special allocation of €300 million for agriculture and a €5 billion fund for countries most effected by Brexit.

Opposition MPs (or rather TDs – Teachta Dála) were not happy. One claimed the deal will see Ireland become the fifth highest net contributor to the EU behind Germany, France, Holland and Sweden. Another that the Taoiseach “got fleeced of €16 billion” during the negotiations, adding, “The first international action of Mícheal Martin has been to cost each man, woman and child in the country €3,265 each”.

Not ‘home’ in the same sense but certainly somewhere the national leaders’ individual and collective performances will be scrutinised. The Commission folk feel very pleased; there may have been some regrettable compromises but a breakthrough has occurred, a debt union has been agreed so a big leap has been made towards fiscal union and federation.

The European Parliament has responded strongly, and antagonistically by dismissing the plan as unacceptable. This reaction appears to cross party lines and a majority of MEPs are expected to make their objections known in a resolution. While MEPs have to approve the EU’s budget (the MFF) they do not have a vote on the rescue package. Both were negotiated hard at the same time so efforts made to keep the costs down resulted in agreeing to cut back on standard programs, such as science research and the environment. Also national rebates were retained where countries felt they would be paying more than their fair share. 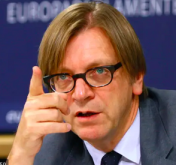 Guy Verhofstadt, the parliament’s Brexit coordinator, thinks this is un-European and that the EU should be able to rely on its ‘own resources’, which means revenue from tariffs, environment charges and the like will simply pour in without the squabbling. This never stopped the UK from feeling unfairly treated.

We will report further on how MEPS, the citizens’ representatives, have reacted though it may not matter too much what they think. What may be crucial is what national electorates think. It is too soon for polls to show how well or badly the agreement has been received and indeed it may take a while until the implications become apparent to voters. We expect some mixed reactions, after all Texans don’t bail out Californians when the latter mismanage their public finances, even though both are in the same federal and fiscal union.