The EU rescue package for the national economies worst hit by coronavirus is a top-level agreement between Council members based on a Commission proposal. The EU Parliament, at the next level down, has no direct vote or veto but wants to make its presence count. 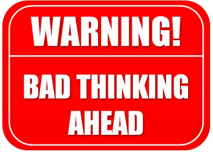 Earlier, in May this year, the European Parliament (EP) drew up a resolution warning the Commission against neglecting the views of the EP when designing the recovery package: the resolution demanded “that parliament be involved in the shaping, adoption and implementation of the recovery fund, and that it be at the centre of the decision-making process to ensure democratic accountability” [1]. That does not seem to have happened and the package appears to have been designed by the other main EU institutions (the Commission, the European Council and the Council – more on these in up-coming posts) without much, if any reference to the Parliament.

Whilst they can withhold approval of the EU budget MEPs do not get a vote on the recovery package; but the two are linked because concessions on the budget were made to offset the cost of the rescue and these have reduced funding programmes that MEPs have fought for and may have promised their constituents. Delaying budget approval effectively delays the rescue package, therefore the parliament has some leverage. The Package won’t begin until several months into next year – much later than needed, but that is another matter – however budget approval is critical with only five months of the current Multi-annual Funding Framework (MFF) remaining. Maybe the parliament has a few teeth [2].

Guy Verhofstadt (chief Brexit representative for the European parliament) is pleased overall with the recovery package but he has some criticisms. He argues that the plan centres on national responses and not enough on ‘European’ solidarity [also see Those in Favour for more of his opinions]. He objects to the national rebates, which some argue have been increased to ‘persuade’ the frugal four to moderate their objections to grants. Verhofstadt says that this goes “against the very idea of European integration”, which we know as ‘ever closer union’ and is embedded in the EU treaties as such; “What we saw over the weekend was national leaders applying their national logic to a debate that should be wholly European.”

If he is right then the recovery plan illustrates the fragility of the Union, which is founded on the ideal of federal unity and may founder on the EU’s clear failure to achieve the necessary unity.

The European Parliament has responded strongly, and antagonistically by dismissing the plan as unacceptable. This reaction appears to cross party lines and a majority of MEPs are expected to make their objections known in a resolution. The package needs to receive the approval of the Parliament but experience shows that its views are not too difficult to manage so we do not expect more than a burst of hot air.

Ursula von der Leyen, President of the European Commission, has promised (sort of) that the Parliament will have a say in how the funds are distributed and that her Commission is ready for a “regular exchange of views on national plans and implementation“. We note that having a say and exchanging views do not resemble anything like the power over outcomes that the Parliament expects, let alone that the much-vaunted ‘democracy’ would demand. The President herself was appointed over the resistance of the Parliament, which according to the treaties should choose the President by election.

In response to the EP’s earlier resolution, Mrs von der Leyen had said that, “it goes without saying that this parliament must provide the democratic accountability, and have its say on the entire recovery package, just as it does on the EU budget“. Despite it going without saying—and saying it anyway—it appears that she and her Commission relied instead on the legal separation of budget discussions from those concerning the recovery package. It’s clear from the result (of the battle between the leaders of the ‘frugals’ and the ‘spendthrifts’) that the two are strongly connected.

Manfred Weber, the Parliament’s preferred choice for Commission President, said that, “We are for the moment not ready to swallow the bitter pill…” of the budget plan that accompanied the agreement on the recovery plan. He also expressed reservations about the recovery plan (over which the Parliament does not have oversight) expecting that it may be spent on national favourites rather than in conformity with the treaty obligation to treat all member states equally. But “for the moment not ready” suggests that the Parliament could be made ready to swallow the budget, without too much difficulty.