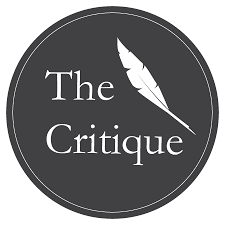 A collection of short posts in one pointing up some of the failures of the EU and commenting critically on various issues.

A rosy view of the future of the EU from the Economist, with counter arguments from us. Will demands for referendums to leave the EU spread? Is the EU reformable? Is the push towards greater integration reversing or simply slowing? These questions are briefly covered in this post.

Elites who are benefiting from EU salaries and pensions are, not surprisingly recommending that we vote to stay. While this would be in their interest, would it be in ours? To paraphrase Philip Marlowe, follow the benefits.

The British government wants us to believe several impossible things so that we will vote to remain. Deceit fills the pages of the government website. Perhaps, for the sake of future negotiations should Brexit happen, they have to show that they did their best to prevent it, at whatever cost to their integrity.

That Was The Week That Was

A dismal slanging match from on high. Euroscepticism across Europe is high and growing. This seriously weakens the case to Remain but is not being addressed.

In June 2015 the presidents of the five major divisions of the European Union, led by Jean-Claude Juncker, the President of the European Commission, published their report, titled Completing Europe’s Economic and Monetary Union.

In these three consecutive posts we take a detailed and critical look into the report – the ‘5PR’ as we shall call it for short.

Picking up the details of our critique, this post looks at the five main sections of the Five Presidents Report.

In this, third of three, posts commenting on the Five Presidents Report, we conclude that the Report provides much evidence in support of our case for Brexit. To balance this a little we offer links to other sites that have commented on the report.

Martians are as curious about us as we are about them. Even from Mars their economists can see the flaws in the EU/EMU, so why are so many earthlings taken in by the lies and half-truths?

A response to the Britain Stronger in Europe campaign leaflet.

‘Britain Stronger in Europe’ claims in its mass mailshot: “Experts agree that jobs would be lost and family finances hit if we left – and our security would be put at risk.” This is a lie, they don’t agree.