Campaigners for and against Brexit have dropped any pretence at balanced discussion and base their arguments on unsupported opinion, half-truths, distortions, diversions and lies. We believe firmly that if the British people – and other Europeans – are to make sound decisions then they need to be offered rational arguments from which they can draw well-judged conclusions.

We have been unable to make or find a good case for Britain remaining in the EU. If there is one we wish that someone would make it, so that everyone can examine it. In fact little is offered in praise of the EU, just attacks on Brexit as a Bad Thing. We don’t pretend to be neutral, but we try to provide judgements supported by evidence.

The Economist (TE) is anti-Brexit. We’ll take TE’s reporting of the Chancellor’s Autumn Statement as an example of unsound arguments made by Remainers, as they are typical of the misrepresentations intended to frighten us.

The Chancellor’s Autumn Statement has been misused and misrepresented by many pundits to support their case against Brexit. The Chancellor drew on a forecast by the Office of Budget Responsibility (OBR) that the UK economy will grow less than had been expected in the previous government forecast but TE adds, “before the Brexit vote”, inviting us to conclude that the vote was responsible for the revision, which was not claimed by the OBR or the Chancellor. Indeed, as we noted in Reading the tea leaves, the head of the OBR has said that “forecasts are always wrong”, and given his reasons.

This juxtaposition of bad news with Brexit is among the more frequent abuses of reportage. When there is good news to report Brexit is rarely mentioned nearby, except perhaps to remark “despite”.

TE correctly confirms that “the chancellor’s fiscal plans cannot be anything other than limited and uncertain” but claims that the uncertainty will remain until the government tells us, and Parliament debates, the outlines of what Britain hopes to achieve from Brexit. We know that fiscal plans are always limited and uncertain but TE wishes us to believe that in this case the fault lies with Brexit. Neither the OBR nor the Chancellor make this claim. 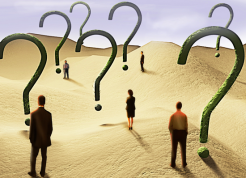 t the country is in “a state of unprecedented uncertainty”, the author attributes this to the government’s lack of clarity about what it wants from Brexit, concluding that as a result economic forecasting is “… as good as guesswork.” There is no justification for attributing this to Brexit. Uncertainty is present when certainty is absent, which it always is in economic matters (see Uncertainty for more on this topic).

Despite the fact that the OBR did not use a model of Brexit to draw its conclusions (how could it, when there is no such model yet?) this ‘reputable’ weekly newspaper links the risks to the economy only with leaving the EU’s single market, a decision that has not been made and therefore has not coloured forecasts, just the imaginative interpretations that it likes to imply come from the experts.

They conclude the article by claiming that “This year’s Autumn Statement, in sum, hinted at how painful Brexit is going to be.” Note the weasely “hinted”, which they use to avoid saying ‘proves’, while they surely wish us to believe their spurious causal juxtaposition.

The point to note is that pro-EU campaigners never attempt to forecast the costs and risks of Britain remaining in the EU. An honest cam 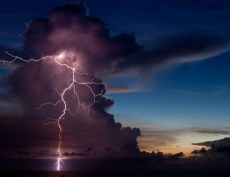 Britain’s European partners will take a hard line on Brexit is a claim often and widely made, in this case by TE. However, negotiating positions have not been laid down yet so the claim is based largely on noise. This is not much of a basis for the claim so it has to be ‘sexed up’, as they say in the news trade, meaning bolstered with unsupported opinion, half-truths, distortions, diversions and lies.

Extreme positions are put up, to be knocked down. In this case the straw men include the expectation that Britain will demand “barrier-free access to the single market” and will reject freedom of movement of people. Since neither of these has been demanded, nor is expected to be, the case that those who wish Britain to leave the EU should be afraid of a hard line is based in thin air. Of course a hard line may be taken but, as we can’t know that yet, the point is to make us afraid and regret voting to leave. 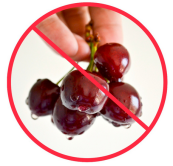 Next they try a generalisation: “…if the 27 perceive an existential threat to their project, that will push them to be harder, not softer, on Britain.” This assumes that “the 27” remaining members are uniform, both among and within themselves. But this is not true: some leaders would be pleased to see the UK leave the union; there are significant political movements within some member states that positively favour Brexit; and many citizens throughout the EU would welcome the chance to express their views but have been denied the democratic opportunity to threaten the Project.

For some the EU has been beneficial and they don’t want to lose those benefits, which they assume they will if Britain leaves on good terms and encourages others to do likewise. What they don’t want to consider is what they would lose if the EU were to collapse as a result of its own contradictions rather than the departure of one half-hearted, grumpy member. What they do not report is that potentially uppity leaders – and their citizens – need to be frightened into staying inside the whale, while their citizens increasingly speak their minds in opposition. The battle for the EU’s future is on.

America’s biggest tech companies plan to increase their investments in Britain, so there is some good news after all. TE reports that Google, Apple, Facebook and other companies have decided that Britain will be a safe place to invest, although the good news is qualified by adding, “despite Brexit”. They then turn the pointless qualification into an absurdity by claiming that “…any restrictions on the free movement of labour could hit the [tech] sector hard.”

Here we have the blinkered bias front and centre. Any restrictions could hit the tech sector hard. Really – any restrictions? Come off it! If Britain chose to restrict the entry of Romanian hop-pickers this will hit the sector? Of course not. The sector employs the brightest and best specialists from wherever it finds them; these will be the last to be denied entry and then only if Britain decides to close down altogether. But notice the sleight of hand; the newspaper mentions “the free movement of labour” while the treaties specify the unrestricted free movement of people, which is what is being challenged, and not just by Britain. Of course our farmers may well need Romanian hop-pickers, as seasonal labourers who return home when the job’s done. 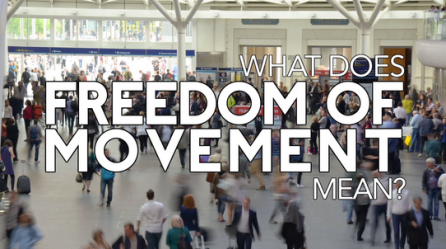 A more reasonable interpretation would be that Google, Apple, Facebook, Nissan and others have decided that Britain is a safe place to invest, full stop. But reporting that wouldn’t make the pundits feel good about Brexit, or bad about their weak case.