Reporting for the BBC, Kamal Ahmed says that Lord King, the former governor of the Bank of England, believes that the UK should be “self-confident” about leaving the European Union. He argues that there are real opportunities for economic reform and new trade deals, which means that Brexit could be successful. 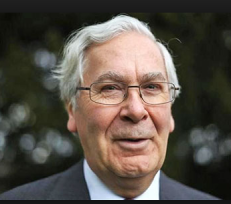 “I think the challenges we face mean it’s not a bed of roses, no one should pretend that, but equally it is not the end of the world and there are some real opportunities that arise from the fact of Brexit we might take“.

“Being out of what is a pretty unsuccessful European Union – particularly in the economic sense – gives us opportunities as well as obviously great political difficulties.”

Lord King also said it was too early to tell what the overall effect on the economy would be, despite data since the referendum result being more positive than many economists predicted.

Earlier in 2016, discussing his book The End of Alchemy: Money, Banking, and the Future of the Global Economy at the London School of Economics, Lord King argued that the financial crisis afflicting Europe since 2009 is essentially the result of a “deliberate” act of policy.

Citing the example of Greece, where the unemployment rate is almost 25 percent, Lord King described what has happened over the past seven years as an “appalling” example of Brussels EU economic policy failure. Even more appalling is youth unemployment at more than 45%.

He added that, for the poorest Eurozone countries, the long-term benefits of ditching the euro and returning to their national currencies outweigh the short-term costs. He predicted that the belea 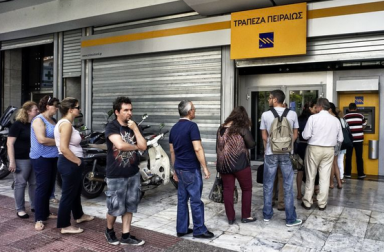 guered currency zone will need to be dismantled to free its weakest members from unremitting austerity and record levels of unemployment.

“In the euro area, the countries in the periphery have nothing at all to offset austerity. They are simply being asked to cut total spending without any form of demand to compensate. I think that is a serious problem.”

“I never imagined that we would ever again in an industrialized country have a depression deeper than the United States experienced in the 1930s and that’s what’s happened in Greece. It is appalling and it has happened almost as a deliberate act of policy which makes it even worse“.

He has said the weakest Eurozone members face little choice but to return to their national currencies as, “the only way to plot a route back to economic growth and full employment“.

Here, from his book, are a few more of Lord King’s views on the EU project and the Eurozone:

“Put bluntly, monetary union has created a conflict between a centralised elite on the one hand, and the forces of democracy at the national level on the other. This is extraordinarily dangerous.”

In 2015 “the [Five Presidents] (the existence of five presidents is testimony to the bureaucratic skills of the elite) published a report arguing for fiscal union in which “decisions will increasingly need to be made collectively” and implicitly supporting the idea of a single finance minister for the euro area. This approach of creeping transfer of sovereignty to an unelected centre is deeply flawed and will meet popular resistance.” 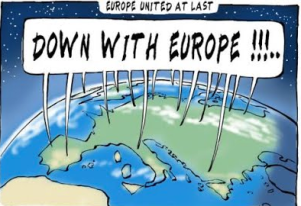 “In pursuit of peace, the elites in Europe, the United States and international organisations such as the IMF, have, by pushing bailouts and a move to a transfer union as the solution to crises, simply sowed the seeds of divisions in Europe and created support for what were previously seen as extreme political parties and candidates.”

The former central bank governor has said that popular disillusion with EU economic policies is likely to lead to disintegration of the single currency rather than a move towards completing monetary union.