Dr. Richard North’s blog, EUReferendum.com, is always worth reading and, though often discouraging in its interpretation of Brexit events to come, he knows his stuff and is probably correct. It is sad that he has become so frustrated at what he regards as the ‘zombie’ attitudes and behaviours he meets from politician

s, journalists and other self-proclaimed experts that his writing is distorted by his rage against the dying of the light.

A recent post, on Friday 20th January offer an interpretation of the Prime Minister’s Brexit speech of 17th January. Dr. North is not pleased, and now counts Mrs May among the zombies.

We would like to propose an alternative interpretation of the speech for consideration. Consideration is all that we can ask at present since negotiations have not begun and interpretations are the best that anyone can offer.

“One interesting thing about Mrs May’s speech is that the more you look at it, the less depth it has.”

With this we cannot but agree, since there was almost no substance to the speech, though with its 12 objectives the ‘almost’ slightly exceeds the previous zero content. But then Dr. North lays out the basis of his interpretation:

“The errors alone should tell one that this is a woman who has not mastered her subject, while her supposed negotiating strategy demonstrates a profound lack of clarity, and troubling lack of awareness of what makes the EU tick.”

The PM’s advisers – with the exception of departing ones – do not make speeches so we cannot know that she, and they, have not mastered the subject nor that they lack awareness of what makes the EU tick. These are interpretations – reasonable ones on the evide 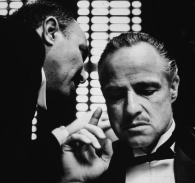 nce, it has to be said – but alternatives are possible.

Consider that Mrs May was making a political speech and not participating in a negotiation (though any speech may influence behaviours in subsequent negotiations, which should be taken into account, as Dr. North does).

She had at least two dominant audiences. First, her own fissiparous party, with its loud, sizeable, over-confident and closed-minded fringe of radical Leavers. Second, the EU leaders who will set the tone, and perhaps some substance, for the forthcoming negotiations.

For the first it would be best if they could be parked for the time being, by feeding them chunks of processed soya having the appearance of bloody steaks. For the second group it may be best to set out a position from which she will have to accept compromises, thus appearing to deliver an ‘inferior’ agreement in practice.

Dr. North assumes that the PM has joined her ‘fringe’; given her history as a remainer, we prefer to interpret her actions as an attempt to pacify them temporarily.

Joseph Muscat, Prime Minister of Malta and currently holding the EU’s rotating presidency, has argued that the EU wants a fair deal with the UK “but that deal necessarily needs to be inferior to membership”. This echoes similar comments made by Guy Verhofstadt and other EU leaders, also in political speeches. As with Mrs May’s comments, these lack substance and can be interpreted in alternative, inconsistent ways. We interpret such remarks as posturing prior to the opening of negotiations. Mrs May chooses to interpret them as threats to punish the UK for its temerity in wishing to leave such a superior project.

A lot hangs on how we interpret ‘inferior’ and ‘not better than’. If EU leaders are saying that Britain should not expect to win terms that are as favourable as we experience within the Union then that is understandable, not least because they believe that the benefits of membership exceed any benefits of non-membership (for example, Norway’s position in Efta/EEA but not the EU).

If, however, they mean that Britain should not feel that it is better off outside the Union then that is a different matter. That suggests that they will be influencing the negotiations towards punishment – ‘we will make you regret this’ – rather than towards as good a deal as can be reached for both parties.

The extreme political positions, ‘we will punish you’ and ‘we will walk away’, have been set out. Our hope is that the negotiations, when they start, will take place well within these extremes and will focus on what the clever people involved in the details can (a) agree are mutually acceptable terms and (b) sell to their respective audiences.

Since we cannot reasonably expect everyone to be satisfied by the outcome, the best we can expect is that whatever agreement is reached will be tolerated by a sufficient majority in each jurisdiction involved.

Dr. North himself ends near an unusually optimistic n 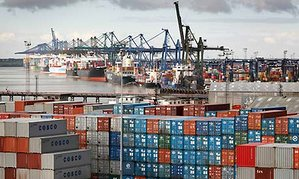 ote, which we can applaud:

“Dare one suppose that Mrs May might by then be seeing the wisdom of taking up the Efta-EEA option, which gives us the trading continuity that we need while being firmly outside the EU.”