The Prime Minister’s speech on Tuesday 17th January contained a little for everyone, yet few seemed pleased. We have concluded that we should attempt our own interpretation of Mrs May’s words.

We quote freely from the speech, so that readers can know what our interpretations are based on, and we add comments only where we think that the original may not be clearly understood, or indeed may have been misrepresented.

The PM believes that her government’s plan, only outlined in the speech and to be developed fully later, will lead “towards a brighter future for their [referendum voters] children — and their grandchildren too.”

She asks what kind of country the UK wants to be, and offers us a sketch:

“I want this United Kingdom to emerge from this period of change stronger, fairer, more united and more outward-looking than ever before. I want us to be a secure, prosperous, tolerant country — a magnet for international talent and a home to the pioneers and innovators who will shape the world ahead. I want us to be a truly Global Britain — the best friend and neighbour to our European partners, but a country that reaches beyond the borders of Europe too. A country that goes out into the world to build relationships with old friends and new allies alike.

I want Britain to be what we have the potential, talent and ambition to be. A great, global trading nation that is respected around the world and strong, confident and united at home.” 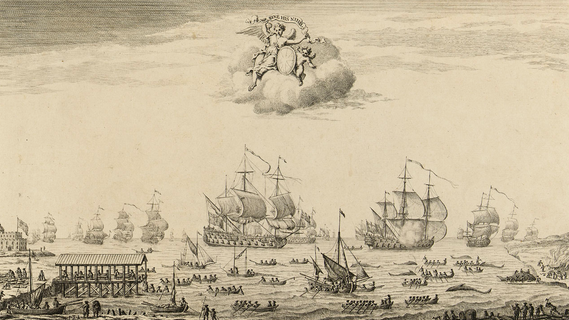 Although she doesn’t say so explicitly, the PM clearly does not believe that this is possible within the EU, although she voted to remain.

Throughout her speech she reinforces the point that Britain is bound to Europe but not exclusively:

“The result of the referendum was not a decision to turn inward and retreat from the world….Because Britain’s history and culture is profoundly internationalist….We are a European country — and proud of our shared European heritage — but we are also a country that has always looked beyond Europe to the wider world.”

She acknowledges that a concern for EU supporters is that Brexit may cause damage to the EU:

f the EU…. But let me be clear: I do not want that to happen. It would not be in the best interests of Britain. It remains overwhelmingly and compellingly in Britain’s national interest that the EU should succeed.”

But she then comes close to contradicting that claim with sharp criticisms of the EU, which echo our own made over many months:

“The public expect to be able to hold their governments to account very directly, and as a result supranational institutions as strong as those created by the European Union sit very uneasily in relation to our political history and way of life.”

“And, while I know Britain might at times have been seen as an awkward member state, the European Union has struggled to deal with the diversity of its member countries and their interests. It bends towards uniformity, not flexibility.”

“Now I do not believe that these things apply uniquely to Britain. Britain is not the only member state where there is a strong attachment to accountable and democratic government, such a strong internationalist mind-set, or a belief that diversity within Europe should be celebrated. And so I believe there is a lesson in Brexit not just for Britain but, if it wants to succeed, for the EU itself.”

We would argue that it is not in Britain’s national interest that the EU should succeed, at least with its current plan, but that one important reason for Britain to leave is that the “supranational institutions” and the bending towards uniformity make it likely that the EU will be unable to succeed. Mrs May’s attempt then must have been to anaesthetise EU leaders before delivering the injection of reality. It is particularly interesting to us that this is almost the only direct criticism of the EU the PM made in her speech and it has hardly ever been voiced by government representatives, either before or since the referendum. And we cannot find any commentators who have picked up these remarks, which seem important enough to require a response from those who support the EU.

She reinforces the point:

“… our continent’s great strength has always been its diversity. And there are two ways of dealing with diffe

rent interests. You can respond by trying to hold things together by force, tightening a vice-like grip that ends up crushing into tiny pieces the very things you want to protect. Or you can respect difference, cherish it even, and reform the EU so that it deals better with the wonderful diversity of its member states.”

Is it this new conviction that the EU cannot work as it stands that has converted Mrs May from a confirmed Remainer to a convinced Leaver? In one sense this is a side issue in her planning for Brexit but in another it is at the core and we wonder how this critique will figure in the negotiations.

“It was a vote to restore, as we see it, our parliamentary democracy, national self-determination, and to become even more global and internationalist in action and in spirit.”

This is precisely opposed to the ideology of the EU. However:

“We will continue to be reliable partners, willing allies and close friends. We want to buy your goods and services, sell you ours, trade with you as freely as possible, and work wi

th one another to make sure we are all safer, more secure and more prosperous through continued friendship. You will still be welcome in this country as we hope our citizens will be welcome in yours.”

This underlying political realism is encouraging, as is the emphasis on a predominantly commercial relationship, with a nod to security issues. But:

“We do not seek to adopt a model already enjoyed by other countries.”

This is less encouraging. Does it mean that the PM is ruling out the Efta/EEA ‘solution’ or simply that this is not the long term goal? Later she seems to suggest that a full solution can be achieved within the two years of the Article 50 negotiations, though most knowledgeable commentators regard this as impossible.

Next Mrs May outlines the 12 objectives for the negotiations, which she sees as the basis for “a new, positive and constructive partnership between Britain and the European Union.” We’ll pick on just the last one:

“By this, I do not mean that we will seek some form of unlimited transitional status, in which we find ourselves stuck forever in some kind of permanent political purgatory.”

It is far from clear he

re what the PM means by “unlimited transitional status” and “permanent political purgatory”. And there seems to be a contradiction between ‘transitional’ and ‘permanent’. So we cannot interpret this reliably. Perhaps she is deliberately obfuscating as part of the negotiations, internal as well as external. Otherwise, after all that clarity, we’re back in the fog.

“Instead, I want us to have reached an agreement about our future partnership by the time the two-year Article 50 process has concluded. From that point onwards, we believe a phased process of implementation, in which both Britain and the EU institutions and member states prepare for the new arrangements that will exist between us, will be in our mutual self-interest.”

Again it’s not clear whether Mrs May means an outline, provisional agreement on the basis of which the ‘real’ negotiations can begin. This would make sense but is it the sense she means? And if it is, why would EU leaders commit to something that doesn’t spell out the details of what they are expected to agree to?

“So, these are the objectives we have set. Certainty wherever possible. Control of our own laws. Strengthening the United Kingdom. Maintaining the Common Travel Area with Ireland. Control of immigration. Rights for EU nationals in Britain, and British nationals in the EU. Enhancing rights for workers. Free trade with European markets. New trade agreements with other countries. A leading role in science and innovation. Cooperation on crime, terrorism and foreign affairs. And a phased approach, delivering a smooth and orderly Brexit.”

“I know there are some voices calling for a punitive deal that punishes Britain and discourages other countries from taking the same path…. That would be an act of calamitous self-harm for the countries of Europe…. I do not believe that the EU’s leaders will seriously tell German exporters, French farmers, Spanish fishermen, the young unemployed of the euro zone, and millions of others, that they want to make them poorer, just to punish Britain and make a political point.”

Although she does not believe this will be necessary, the PM includes a threat to walk away from the negotiations and to set up a competitive corporate tax regime.

“We do not approach these negotiations expecting failure, but anticipating success.”

Well that’s OK then, we hope.