The European Union (Withdrawal) Bill 2017-19 seeks to pass all EU law into UK law so that the legal situation initially remains the same after Brexit and can then be changed over time, thus eliminating a legal “cliff edge”, for businesses in particular. 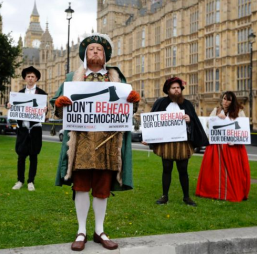 Labour and others oppose the Bill on the grounds that many of these later changes can be made without being debated in the chambers of the Houses of Parliament but instead use executive orders, the so-called Henry VIII powers. The changes would of course be scrutinised in Parliamentary committees, a quite normal procedure when dealing with tedious detail so that MPs and Lords can debate serious stuff.

It’s a spurious objection designed to frustrate withdrawal. How did the deluge of EU laws that rule our lives and overrule our courts come to have sway in the UK and were they debated line-by-line by our representatives on their way in? If not why cannot the reverse process be just as sweeping as the acts that introduced them: the original European Communities Act in 1972 and the subsequent acts endorsing the Maastricht and Lisbon Treaties?

All such legislation can be reviewed in Committee, reported on and questions raised in the House as necessary, just like before. Some EU laws would not make sense transposed into UK law if they refer to other EU laws and institutions so the Government intends to use Henry VIII clauses to make the necessary technical changes; the opposition intends to use the arcane rules of Parliament to confuse the public.

Let us also remember that the original “enabling” legislation was helped to pass by deceit, especially by Prime Ministers Heath and Blair. In May last year we described how Heath told Parliament and the nation that our sovereignty would be unaffected despite explicit warnings from Foreign Office officials revealed 30 years later with the release of FCO 30/1048 (see Our EU Entry was Prefaced with a Lie). Blair described the Lisbon Treaty as having “no more legal force than a copy of the Beano”. Deceit is the hallmark of the EU, “the Dark Side”, the spirit that empowers the Empire’s supporters. The EU is a good idea, wrongly designed and badly implemented; withdrawal is the only way of derailing this runaway train.

Unlike the withdrawal, Heath didn’t hold a referendum on taking us into the Common Market, although Wilson, under pressure from his Eurosceptic MPs, did ask whether we wanted to stay in what was then a free-trade agreement rather than a political union. Major didn’t ask when pushing the European Communities Amendment Bill 1993 through Parliament (Maastricht). Blair promised the public a referendum on the EU Constitution (later relabelled the Lisbon Treaty) but reneged on his promise. Interestingly, that promise prompted the French Government to promise the same but their voters rejected the draft constitution, costing Michel Barnier his job as French Foreign Minister (possibly one reason for his current attitude in the negotiations).

The Conservatives and Liberal Democrats in coalition government locked-in a commitment to hold a referendum on EU membership (European Union Act 2011) so that sceptics could not protest about another Lisbon-style betrayal.

Both parties assumed they would have no trouble getting voters to agree to remaining; instead we acted like the French, famous for their disobedience and disrespect for authority.

These EU laws took effect in this country without anyone voting on them, neither the public nor politicians. The Withdrawal Bill doesn’t even repeal them, rather it fills the void where Parliament has ceded its legislative role to Brussels. Normal practice would then follow, honing the detail to conform or deviate from the EU as our best interests require. These decisions can be modified by subsequent administrations, unlike the irreversible layering of laws that happens “over there”. 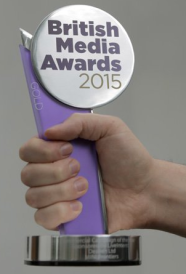 King Henry has been dragged into this disingenuous debate to attach his authoritarian reputation to the Government’s sensible proposal. Why aren’t the British media highlighting this?